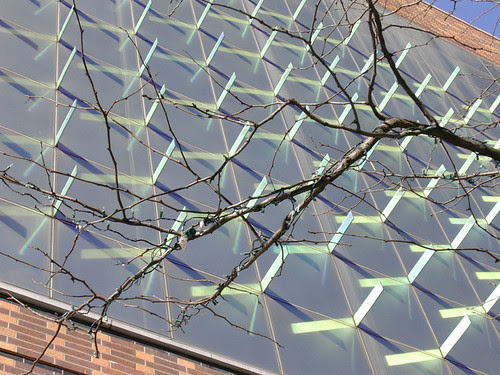 Completed in 1995 after winning a competition for the blank facade of a residential tower on Columbus Avenue in New York, James Carpenter's Dichroic Light Field is a visual delight best seen on a sunny day. 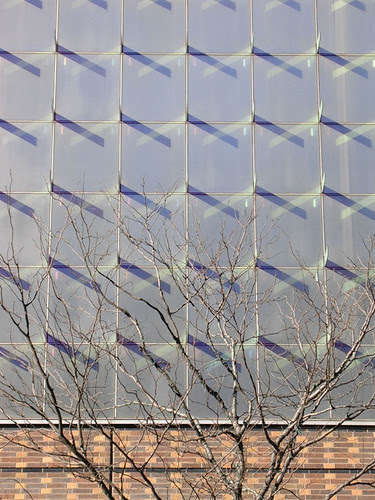 According to Carpenter's web page, "Two hundred and sixteen [cantilevered] dichroic laminated glass fins...have the effect of reflecting and transmitting complementary halves of the spectrum of light, creating constantly changing fields of color." On this day the effect was such that from the south the fins appeared green, but from the north they appeared purple. 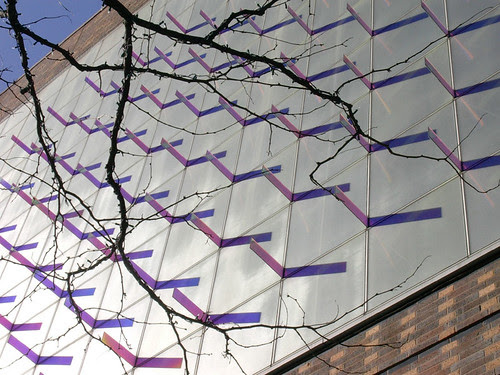 Directions:
The building is located on the SW corner of 68th and Columbus, a little bit north of Lincoln Center. Take the 1 train to 66 St/Lincoln Center.