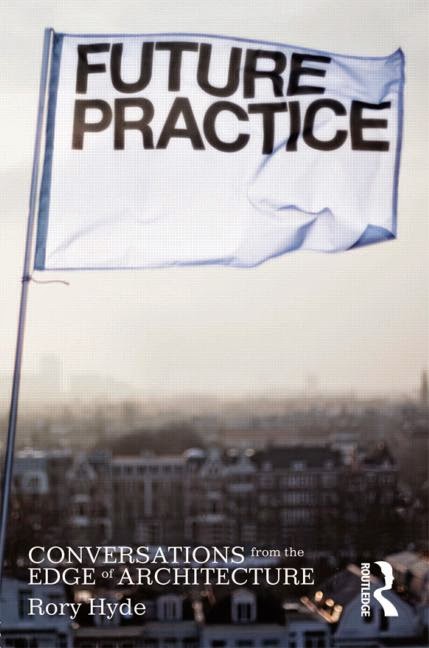 In 2005 Rem Koolhaas and compatriots launched Volume, a journal that, among other things, called for architects to "escape the prison created by the architectural office as currently constituted." Its editorial stated flatly that architecture reached its limit in defining the art of making buildings. In the ensuing seven years Volume has continued to churn out issue after issue (33 as of the end of 2012), but the profession has for the most part remained the same, focusing on the design and realization of buildings, and celebrating iconic buildings, even as fewer and fewer projects relative to the ever-increasing number of architects are commissioned. Yet year after year, as new graduates embark on their careers, more and more of them are questioning the traditional role of the architect, even before working in a firm or taking other supposedly required steps toward licensure. Rory Hyde's new book of interviews traverses this slow yet apparent shift in the professions, charting some directions that people educated and/or trained in architecture are taking.

Needless to say, threats to a profession are often met with resistance, if not downright hostility. Architects aren't burning Future Practice (I don't think so, at least), but Dan Hill rightly points out in his foreword that voices from outside the profession are needed to question the attitudes that keep it mired in potentially hurtful thinking; hurtful in the sense of not bending to larger cultural shifts. Hyde, like many of the interviewees in the book, straddles traditional practice and its new forms. He calls himself an architect, but one who "[works] across design, research, broadcasting and building." He has selected a good range of people and practices to interview, some of them well known (Burce Mau, AMO, Studio Gang, Volume), but most of them known to a much narrower audience.

Future Practice is hardly a comprehensive primer on how to set up a non-traditional firm, nor does it answer all of the myriad questions that revolve around such a theme. Of course, it's not meant to do those things. But it does a fantastic job of expressing the nearly unlimited ways that architects can take advantage of their conceptual and practical education to better themselves personally but also others. Even though Hyde's helpful headings speak about how each interviewee is unique (the Historian of the Present, the Strategic Designer, the Professional Generalist, etc.), this quality of betterment points to one shared concern, which is rooted in traditional architectural practice yet is broader than it: the various practitioners want to improve conditions for people. Their practices may not do this as directly as designing and realizing a house for Family X, but many of their approaches have the potential to yield a greater impact.

Another shared trait is that each practice in the book is relatively small. These are not 100-person firms pulling off grand designs. They are small-to-medium firms (ten people seems to be a good size for those represented) that take advantage of networks to extend their scope. It would actually be easy to see a number of the practices in the book working together, tapping into each other's specific strengths to produce this or that. All of this is quite general, but Hyde is capable in getting the people he talks with to describe what can be rather vague things in some tangible specificity. Those considering an architectural education, or those disgruntled in practice, are recommended to read this snapshot of architecture on the cusp of some great changes, whether we like it or not.