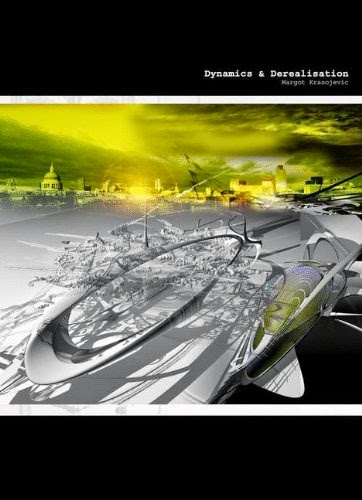 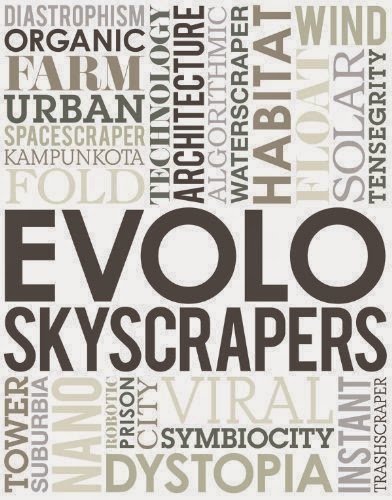 The permeation of the computer in architectural production these days is undeniable, be it CAD (Computer Aided Drafting), BIM (Building Information Modeling), CNC (Computer Numerical Control) fabrication, or parametric modeling. These pieces of software (ACAD, Revit, Rhino, etc.) purport to speed up the process of design and development, make an architect's time more efficient, and lead to new explorations not capable of being envisioned with traditional design methods, such as hand drawings, models, and the like. In general I'm not easily convinced about arguments for efficiency and speed, but like many people I'm easily (if skeptically) wooed by computer-generated renderings that envision fantastical constructions or even worlds, even if their reality doesn't yield the qualities of the images. But when computer-generated imagery stays in the computer -- or on the page, as in these two recent books -- they work on their own terms and can be seductively immersive.

Margot Krasojevic's second book -- following Spatial Pathology-Floating Realities -- assembles about ten of her projects in a slim volume that is completely saturated with renderings like that which graces the cover. Interspersed among the projects are theoretical essays that are actually layered over the images, a tactic that at times makes reading them a bit of a challenge. Philosophy unites the text and images, as the projects respond to the ideas of Baudrillard, Heidegger, Barthes, and others. This approach points to attempts on the part of Krasojevic to actually deal with the philosophical implications of her design approach, rather than using philosophy as a rationalization for it. Regardless, the links are not always explicit or understandable. Partly this stems from the difficulty I had with situating myself within the rendered environments, even though lanky supermodels can be found as scale figures in a number of them. Also, while her projects are all situated in real places -- London, Ordos, Antarctica -- only in the case of the latter does an engagement with the place occur (albeit with a fairly generic, snow-covered context); otherwise the boundary between project and place is a blurred zone that disconnects the two.

While I'm enamored by many of Krasojevic's projects as pure imagery -- I could see a few gracing my walls in a larger format -- her text is particularly enjoyable at times, even with the philosophical weight of her approach. For example, she asserts that "the onslaught of the gaming generation will be responsible for a liberating and non-patronizing relationship to the urban fabric...this new generation will adapt faster, reflexes ready to engage with a dynamic architecture knowing no boundaries between reality and fantasy. My jealousy is extreme." Later she pines for "a progressive society that, instead of patronizing, [allows processes and work] to evolve at a fast-enough rate to not only integrate technology but influence its direction." The gist of this argument is clear. In other places Krasojevic discusses the importance of narrative in her work. I could see her designs acting as a backdrop for a graphic novel set in the not-too-distant future. In that sense the narrative(s) would come to the fore and make the environments that much more tangible.

On the other extreme -- more than 1,100 pages longer and with 299 more authors -- but exhibiting the same fascination with computer-generated design as the above title is the limited-edition book (click this link for glimpses inside the book) documenting the first six years of eVolo's Skyscraper Competition. Three hundred submissions were selected from more than 4,000 entries from this period; both numbers attest to the glut of quality projects and the popularity of the annual competition. Six chapters are used to organize the projects in this massive book -- somewhere between S,M,L,XL and the Phaidon Atlas, as pointed out elsewhere -- Technological Advances, Ecological Urbanism, New Frontiers, Social Solutions, Morphotectonic Aesthetics, and Urban Theories and Strategies. Not surprisingly, projects in one chapter still exhibit qualities that could have placed them elsewhere in the book, but overall the organization adroitly grasps the main ideas of each. Personally I'm drawn to the Social Solutions and the Urban Theories and Strategies, but in the context of this review the most forward-thinking in terms of computer processes are Technological Advances and Morphotectonic Aesthetics.

Having served on the 2011 competition jury, I came across many of the winners and other submissions that I grew familiar with in that process. Most of the entries are new to me, making the book a great stroll through the ideas and imagery that are occupying students and young architects today. Divorced from the realities of client, code, construction, and even gravity in some cases, entrants are free to explore their own takes on building tall. One thing that strikes me as I flip through the pages is not the permeation of computer renderings -- the norm in this and other competitions -- but the visual darkness of the entries, the apparent gloom that seems to accompany thinking about the future. This could be symptomatic of our current environmental situation, which tinges any optimism. But it also stems from the way science fiction and popular culture present a vertical future as one that is dark, depressing, often rainy, and more violent and crowded than our current state. Does this mean that optimism for the future is lacking? No, it's just often cloaked in imagery that belies a positive approach towards vertical living in the future. If the eVolo Skyscraper Competition exhibits anything, it is a belief that building tall is an integral part of our future and therefore one to experiment with and explore now. Here are 300 reasons to ponder that belief and be inspired in the process.