How to Build a Skyscraper 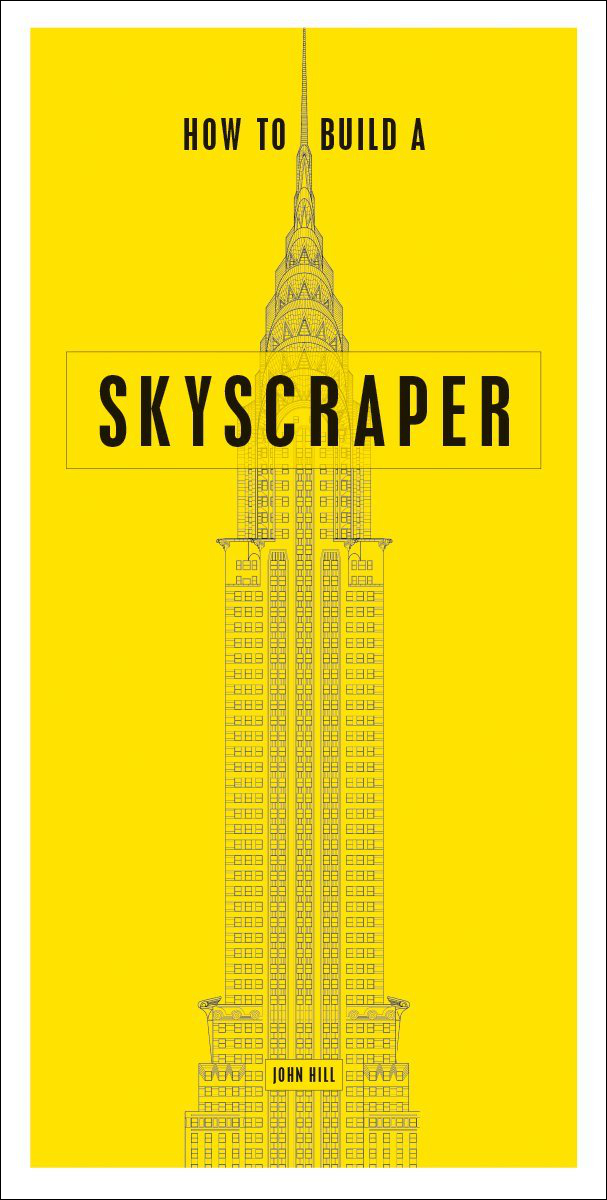 How to Build a Skyscraper by John Hill
Firefly Books, 2017
Hardcover, 192 pages

This, my fourth book, was released in early October 2017 in the United Kingdom and the United States.

Some words on it from the publisher:
An architectural expert tours 46 of the world's most significant skyscrapers.
This distinctive book is the most comprehensive collection of modern skyscrapers published in the last 20 years. Skyscrapers have been piercing the clouds since the end of the nineteenth century but today's soaring land prices are driving developers to build bigger, better and higher while aiming for as small a footprint as possible.
The lavish spreads feature a large photograph with cross-section drawings plus fact boxes listing location, year of completion, height, stories, primary functions, owner/developer, architect, structural engineer, and construction firm.
Concise text describes historical context; unusual or innovative construction; engineering and structural systems; foundation, facade, and shape; the site history; and building usage; as well as any special features that make the skyscraper unique. For example, "The Gherkin" at 30 St Mary Axe, London, UK, surprisingly has only one piece of curved glass, despite its rounded shape.
The 46 skyscrapers in How to Build a Skyscraper appear not for their height but for their pioneering technology, sustainability, and other characteristics that set them apart. They are distributed over the world's most developed regions of North America, Europe, Asia, and Australia.
Some places to order the book online:
Some spreads from inside the book: 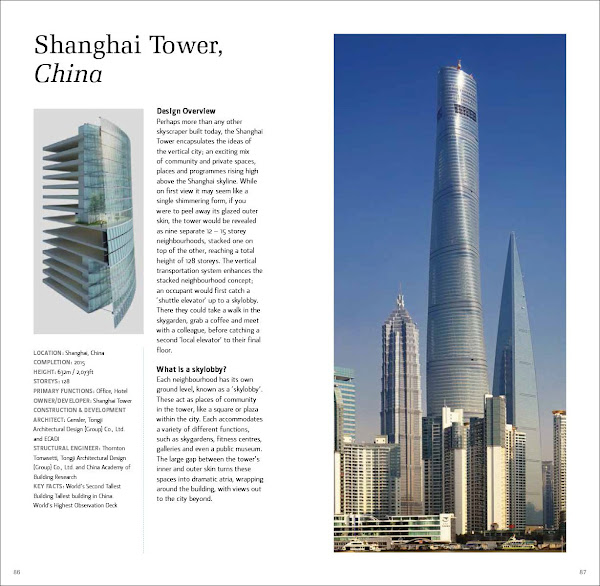 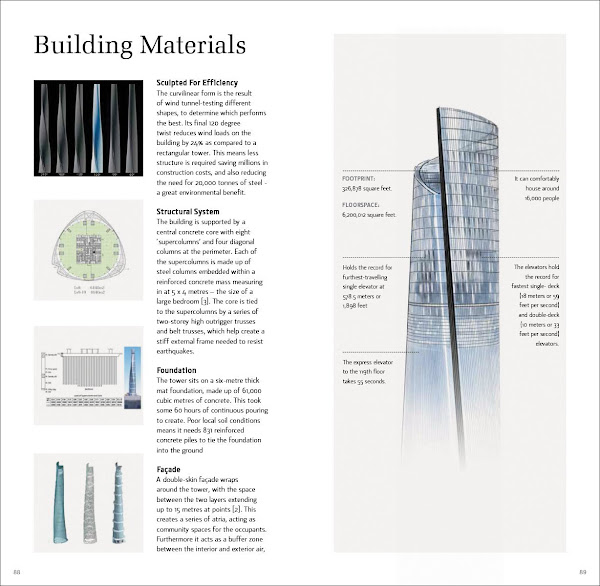 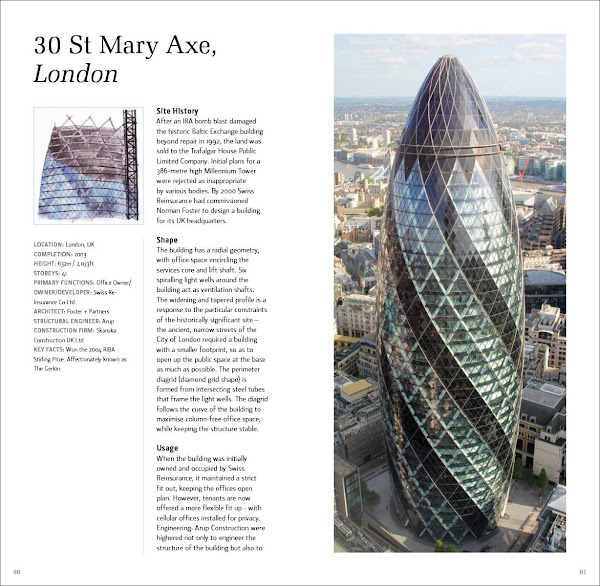 How to Build a Skyscraper has been translated into other languages!