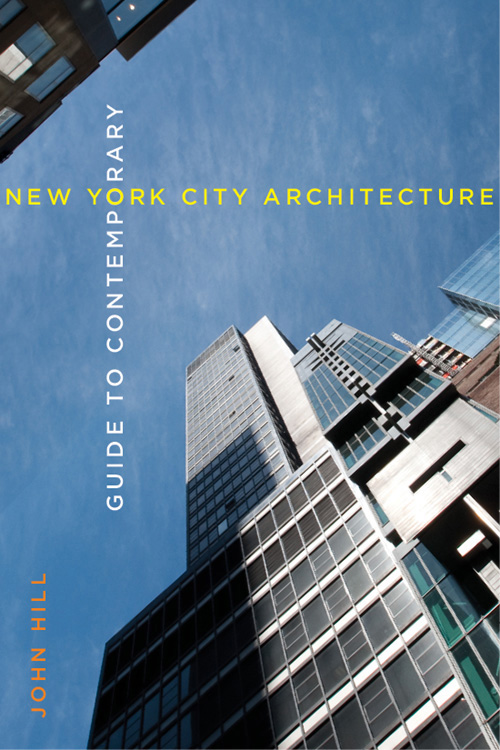 Some words on it from the publisher:
The essential walking companion to more than two hundred cutting-edge buildings constructed since the new millennium.
The first decade of the 21st century has been a time of lively architectural production in New York City. A veritable building boom gripped the city, giving rise to a host of new—and architecturally cutting-edge—residential, corporate, institutional, academic, and commercial structures. With the boom now waning, this guidebook is perfectly timed to take stock of the city’s new skyline and map them all out, literally.
This essential walking companion and guide features 200 of the most notable buildings and spaces constructed in New York’s five boroughs since the new millennium—The High Line, by James Corner Field Operations/Diller Scofidio + Renfro; 100 Eleventh Avenue, by Ateliers Jean Nouvel; Brooklyn Children’s Museum, by Rafael Vinoly Architects; 41 Cooper Square, by Morphosis; Poe Park Visitors Center, by Toshiko Mori Architect; and One Bryant Park, by Cook + Fox, to name just a few. Projects are grouped by neighborhood, allowing for easy, self-guided tours, with photos, maps, directions, and descriptions that highlight the most important aspects of each entry.
Some press coverage:
Some places to buy the book online:
Some spreads from inside the book: 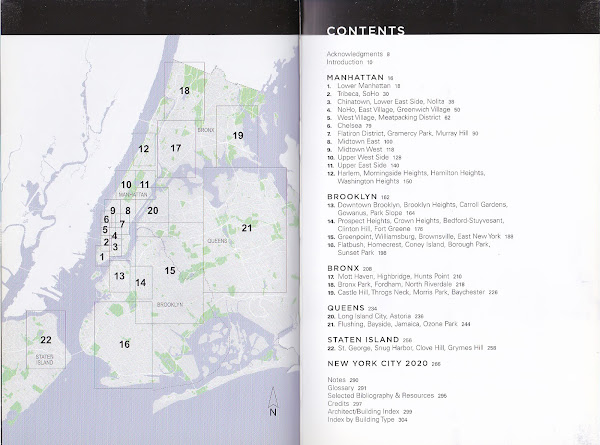 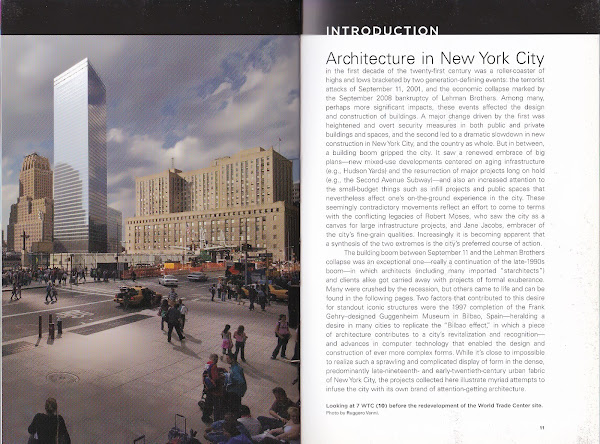 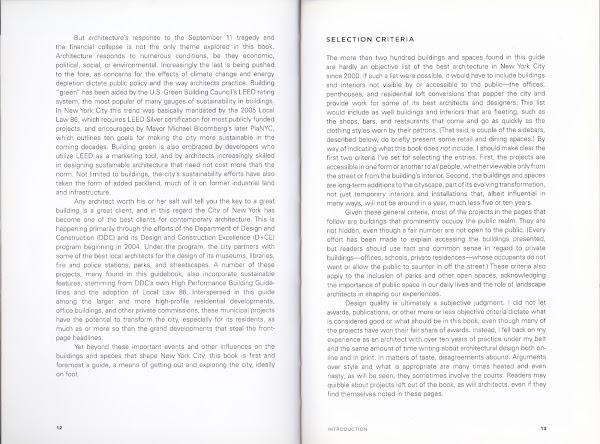 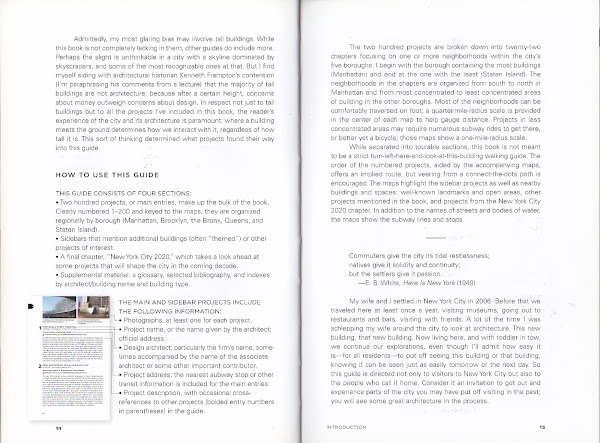 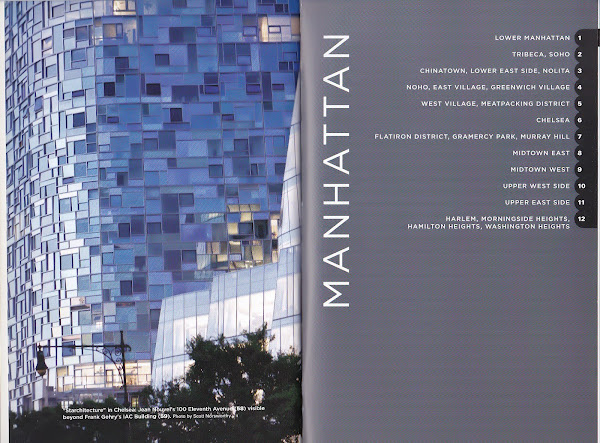 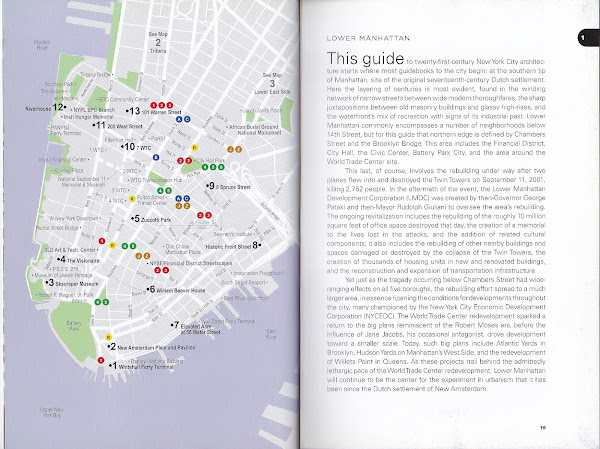 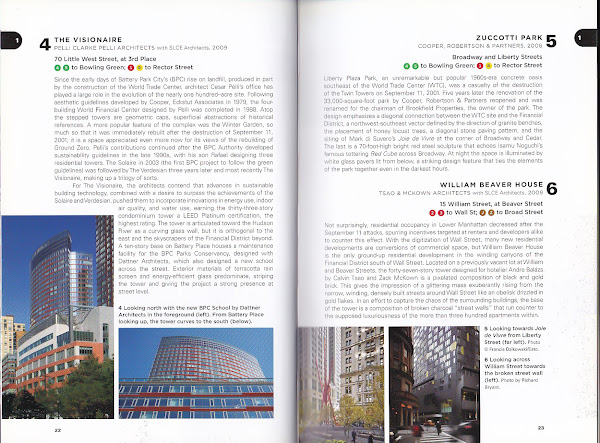 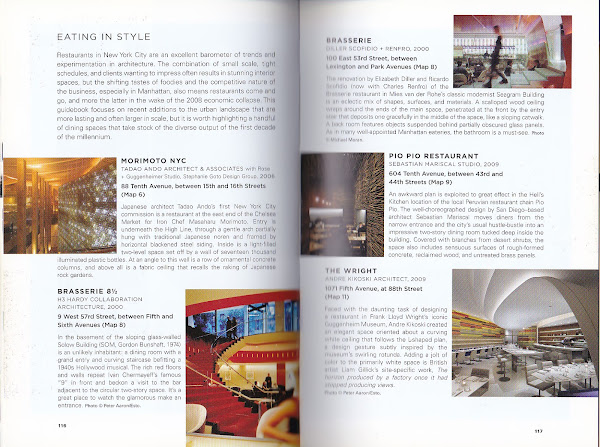 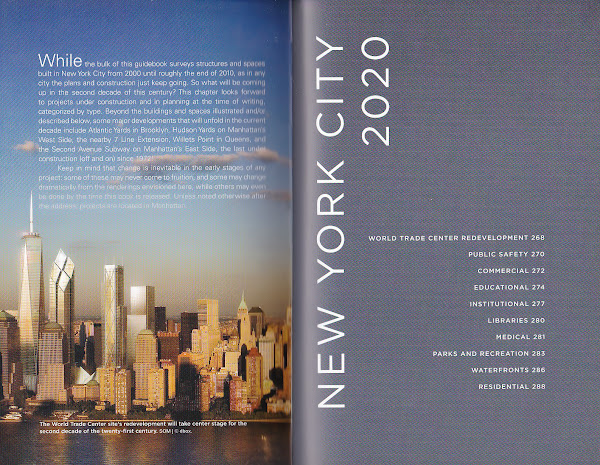 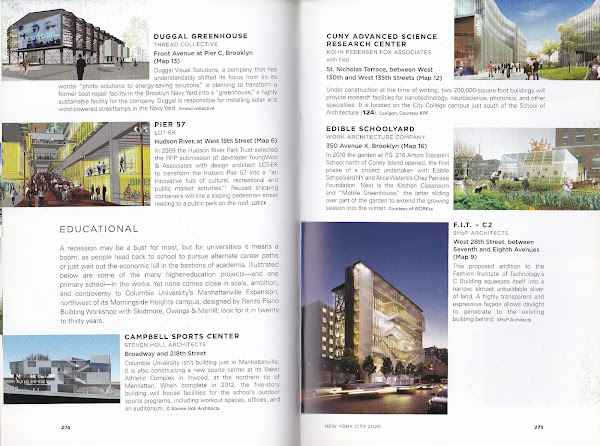