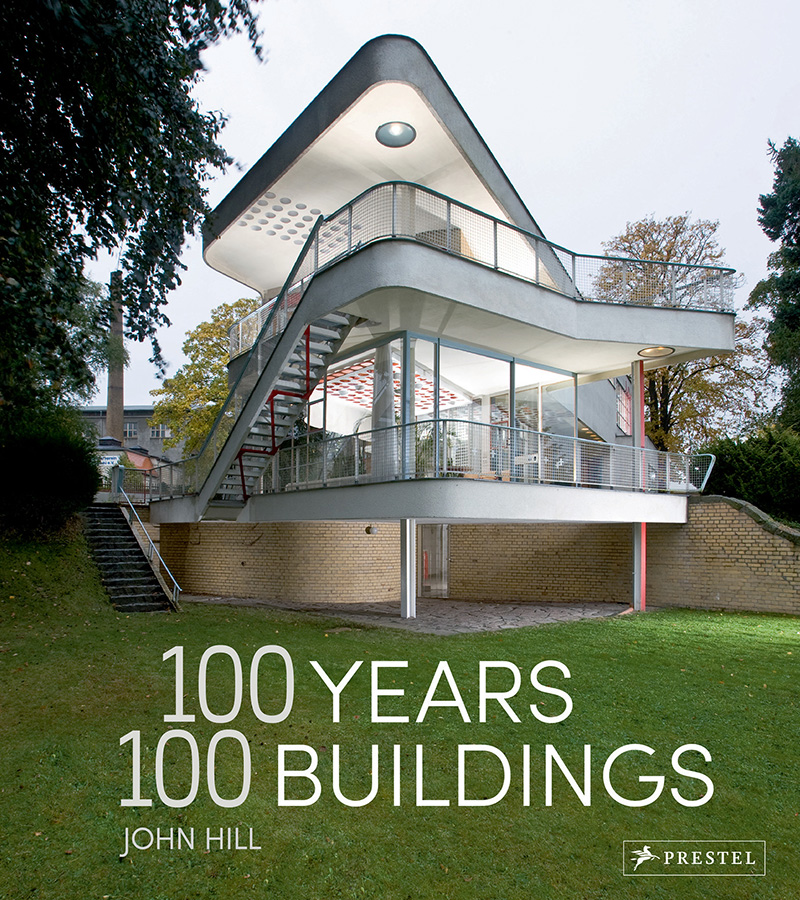 This, my second book, was released on October 6, 2016 in the United States, with a German-language version released in Europe on October 3, 2016.

Some words on it from the publisher:
The founder of the blog A Daily Dose of Architecture, John Hill, is obsessed with his subject and determined to expose his fellow citizens to the glorious structures that shape our environment. In this beautifully designed compendium Hill presents his selection of the most significant building to be built each year from 1916 to 2015. Each two-page spread includes one or two large color photos and text that explains the importance of each structure.
Starting with H. P. Berlage’s Holland House in London and closing with Diller Scofidio + Renfro’s newly completed Broad museum in Los Angeles, Hill has combed the globe for iconic buildings. Notable inclusions are Helsinki Railroad Station; the Solimar Building in Cuba; Le Corbusier’s Mill Owners’ Association building in Ahmadabad, India; Habitat 67, a housing complex in Montreal; and Tadao Ando’s Church of the Light in Osaka, Japan. What makes this collection so extraordinary is Hill’s criteria for the buildings included: each must be able to be seen, approached, or explored by the average person.
An introductory essay and a timeline that highlights important architectural events round out this engrossing survey that demonstrates the underlying themes and developments in the world of architecture today.
Some press coverage:
Some places to buy the book online:
Some spreads from inside the book (click arrows to move through the slideshow): 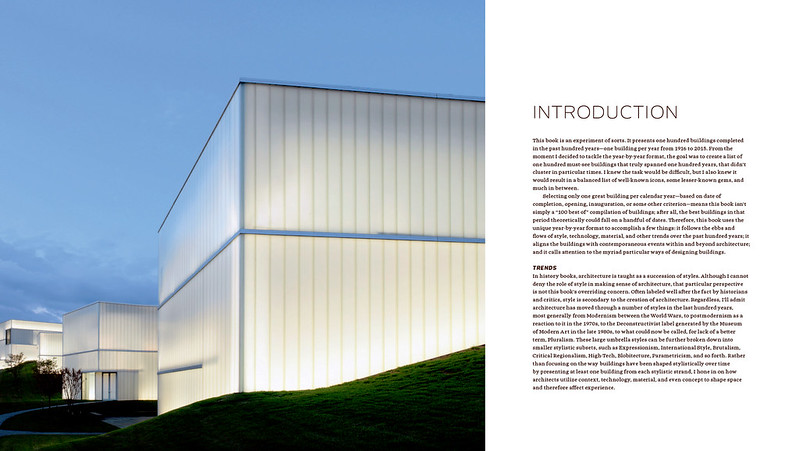 Lastly, the full, year-by-year bibliography for the book can be found here in PDF format.
Email Post