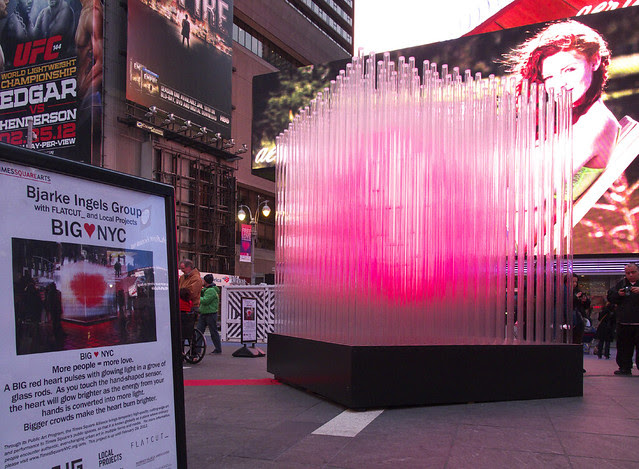 For the fourth year in a row the Times Square Alliance has commissioned an architect to create a heart in Times Square just in time for Valentine's Day. This year's installation is by Bjarke Ingels Group (BIG) with FLATCUT_ and Local Projects and it is appropriately titled BIG♥NYC. As the placard next to it, visible in the photo above, describes it:


More people = more love. A BIG red heart pulses with glowing light in a grove of glass rods. A single person can activate the beating heart, but joining hands with others will make the heart beat even faster to create a brightly burning heart. 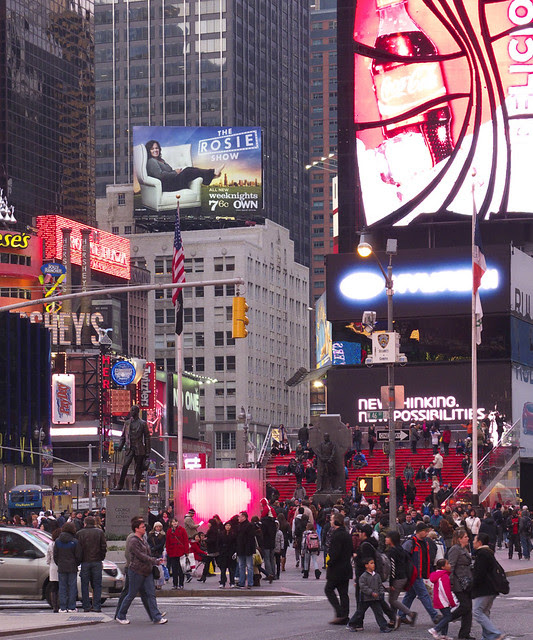 These 400 acrylic tubes -- a 20 by 20 grid -- create a 10-foot-tall cube that recedes or holds its own in the Times Square environ. The installation alters between these impressions depending on the glow of the LEDs in the center of the cube: Between "beats" the tubes almost disappear, but when glowing the heart shape is well-defined and it pulls one towards it. The above view is from a block sourth of Father Duffy Square, where the heart resides just south of the TKTS booth and steps. 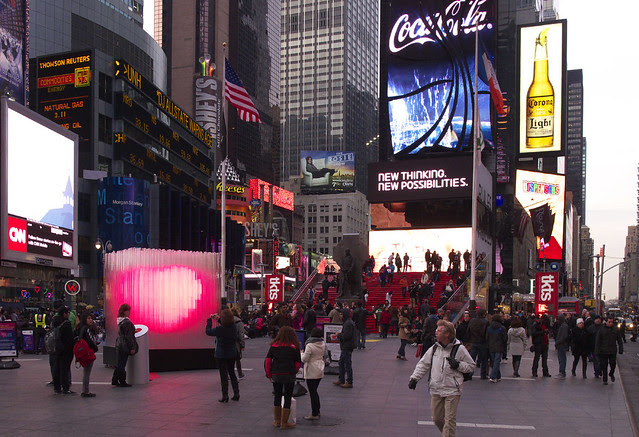 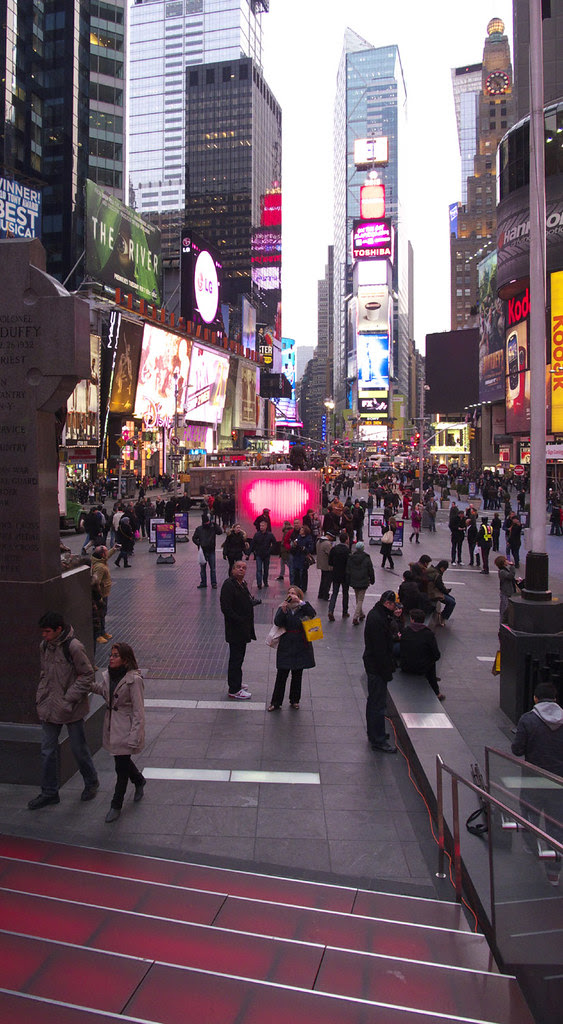 The photos above and below are taken from the TKTS steps. These views are particularly interesting because they give a slight glimpse of the tops of the 400 tubes. Also, from the steps the immediate background for the heart is the crowd of people passing around it. 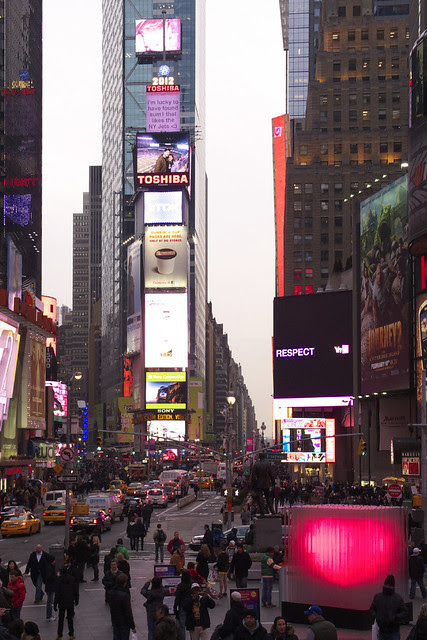 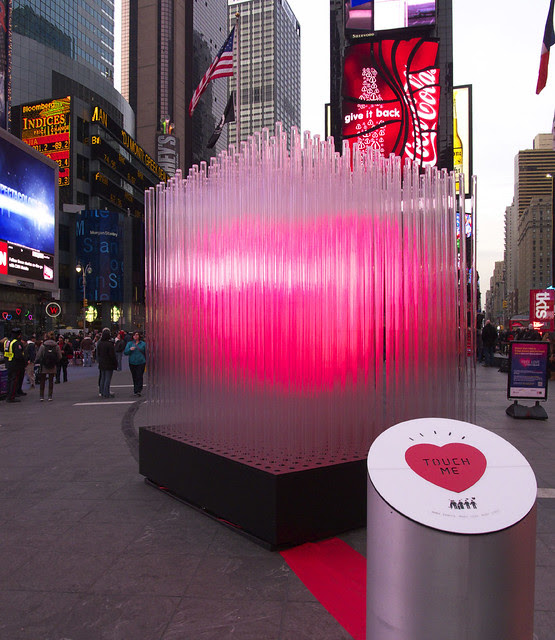 Just south of the installation is its interactive component, called out simply with a heart on a podium, the words "touch me," and some visual directions on how to make the installation beat faster. Upon touching the pad, the LEDs glow in a pulsating rhythm that speeds up when people hold hands or, supposedly, when they kiss. It's a neat idea, to link the intimacy of Valentine's Day with the impersonal crowdedness of Times Square and New York City. This occurs not only in the interactive part, but also in the way the heart -- physically something that each individual has -- is figuratively created by the density of rods. 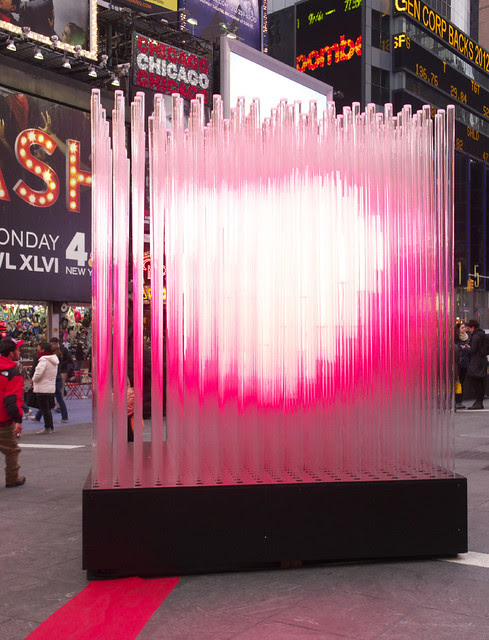 While the three previous installations created hearts from matter -- metal, ice, fabric -- this one opts for immaterial light and the convergence of the color red in a mass of otherwise undifferentiated clear rods. In name BIG♥NYC may be as much promo for Mr. Ingels as it is a Valentine's display for New York City, but its qualities are undeniable and it is a welcome addition to the Times Square for its brief duration (until the end of the month).
Email Post
Labels: half dose