Back in the summer of 2009, when it was reported that Chicago's Prairie Avenue Bookshop would close its doors, I held on to the notion that somebody might save the architecture bookstore, or at least the books. While I anticipated a savior would keep the consumer format, what eventually happened is more remarkable. Chicago-based artist Theaster Gates acquired 14,000 volumes from Prairie Avenue's owners in the fall of 2009, a couple months after the store closed, subsequently moving the books into a renovated residence on South Dorchester Avenue (top photo) as part of a public archive. 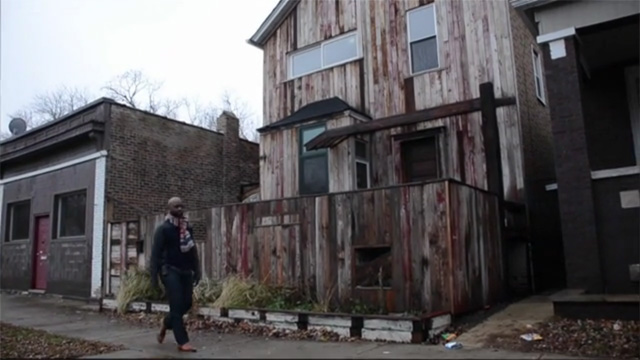 [All images are stills from "What does it mean for us to be generous with one another?" with Theaster Gates | image source]

The Dorchester Project, as Gates calls it, encompasses more than the Prairie Avenue Bookshop Archive (below photos); it also contains 60,000 glass lantern slides from the University of Chicago's art history department and 10,000 LPs from Dr. Wax, a record store that had existed in nearby Hyde Park (a Chicago neighborhood also home to U. of C.). Of course, what all three of these archives have in common is a recent transformation and obsolescence of the media (books, slides, records) brought on by the digitization of words, images, and music. Gates, in the act of creating an archive on the south side of Chicago, is "giving these objects another life" and "reflecting upon things that have been forgotten or that we have come to believe have no value." [source with Gates' quotes] 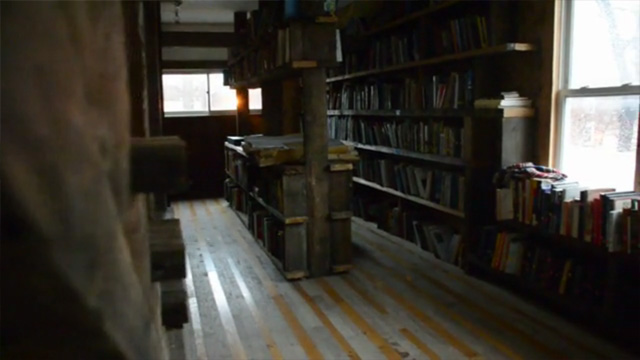 But these archives are just the tip of Gates' ambitions to also transform forgotten neighborhoods, be it on Chicago's South Side or elsewhere. He has purchased two more buildings next to and across from his Dorchester Project, adding a food pavilion, an artist-in-residence space, and facilities for artists. He founded the Rebuild Foundation, "a not-for-profit, creative engine focusing on cultural and economic redevelopment and affordable space initiatives in under-resourced communities." In addition to Chicago, they have projects in Detroit, Omaha, and St. Louis. And lastly he is collaborating with Brinshore Development and Landon Bone Baker Architects to renovate an abandoned 36-unit CHA property near his Dorchester Projects into mixed-income housing and a cultural center; groundbreaking is set for this year. 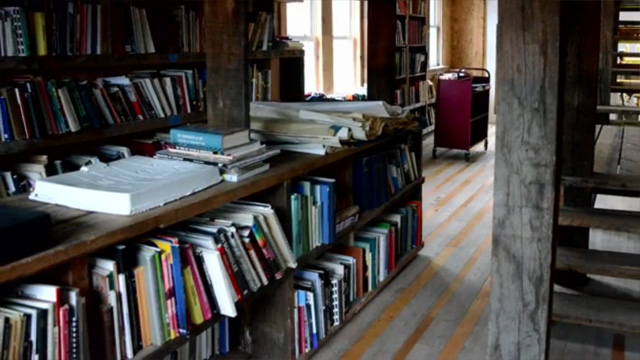 While certainly an artist -- with numerous exhibitions in various U.S. museums -- it's no surprise that Gates has a degree in urban planning (alongside ceramics and religious studies, no less). He seems to be finding a groove that balances these various interests (at least art and planning), so they reciprocally inform and benefit each other. A certain breaking down of boundaries is taking place, one of the many things I find commendable in his (art)work. And obviously he has great taste in books.
Email Post