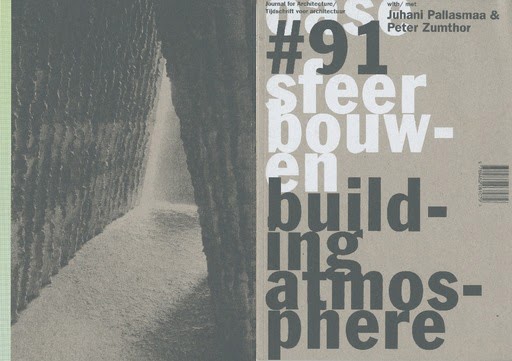 Quality in architecture...is to me when a building manages to move me. What on earth is it that moves me? How can I get it into my own work?...How do people design things with such a beautiful, natural presence, things that move me every single time. One word for it is Atmosphere.

This quote from Swiss architect Peter Zumthor's 2006 book Atmospheres: Architectural Environments - Surrounding Objects comes at the beginning of the editorial introduction to OASE #91. It is hardly the first utterance of the word "atmosphere" relative to architecture (the editors mention a Mark Wigley essay from a 1998 issue of Diadolos, but it probably goes back farther than that), but it is one that has shaped how architects and critics have started to use the word in the years since. More common or not, it is a term that has not been explored much in architecture, to the point that a definition of atmosphere is non-existent; perhaps it is a highly personal thing, as Zumthor's quote alludes. The editors paraphrase Jorge Louis Borges in this regard, such that, like poetry, atmosphere is something that can be recognized but not defined; it can only be known when we can't define it.

My definition of atmosphere is spatial and environmental. In other words, the quality of atmosphere comes about through enclosure (therefore the inside of a building rather than the outside, though in-between spaces, like those of Japanese architecture, could be included) and the way a space is "formed" by the materials of architecture and their interaction with the surroundings. This sounds pretty vague, but it seems that staking out this position is nevertheless a start, eliminating exteriors and focusing on, for example, the way sunlight touches a wall or the way a view is framed by a window or the way breezes move through a screen. Linking the spatial and environmental is our presence and the way we sense and experience these qualities. 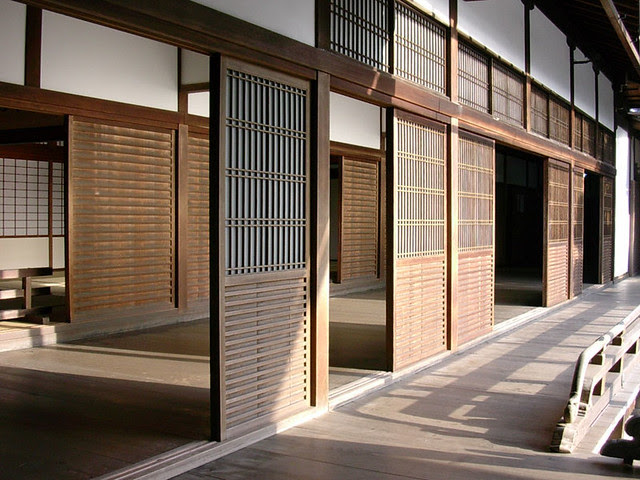 Not surprisingly, Zumthor's buildings spring to mind, specifically the way atmosphere saturates the spaces within the Therme Vals – light from the slots in the ceiling hitting the stone and concrete; sounds echoing off the hard surfaces; the humidity of the air; and of course the water on one's body when in the various pools. It's also not surprising that Zumthor makes up a good chunk of this issue of OASE. The editors paid a visit to his office to speak with the architect and see how he works, how he gets atmosphere into his own work. The studio visit is worth the price of admission, with some keen insights on the part of the editors and some candid quotes of Zumthor speaking with his employees.

Much of the rest of the issue is comprised of an interview with Juhani Pallasmaa, a Finnish architect known more for his essays and books. Like Zumthor, Pallasmaa talks a good deal about atmosphere, but for the Finn it is a long held notion in his writing, but one that has only recently gone by that term. His infatuation with filmmaker Andrei Tarkovsky is but one indication of how much he values space as something dripping with both emotional and physical feeling. In addition to the interview that lets us know more about Pallasmaa the man than his own writings convey, he contributes an essay on Frank Lloyd Wright's Taliesin West, where he recently stayed for a period of five months. 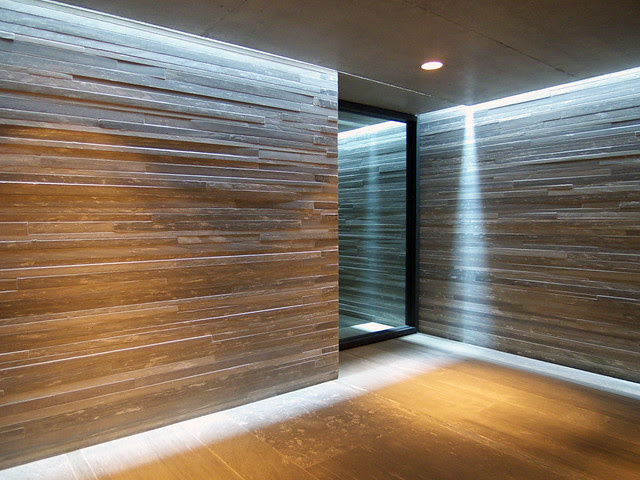 Tying together the primary pieces of Pallasmaa and Zumthor that make up this issue are a couple essays by German philosopher Gernot Böhme. One is an English translation of chapter from his 2006 book Architektur and Atmosphare, and the other is an essay on "the concept of atmosphere in the work of Juhani Pallasmaa and Peter Zumthor." The first goes a long way toward defining atmosphere relative to architecture ("being mindfully present in space"), while the second is interesting for giving an outsider's perspective on two figures often read and critiqued primarily by architects. The issue is rounded out with projects, photographs, and a specially commissioned film, making it a highly recommended book for fans of Pallasmaa, Zumthor and architecture in general.