Book Review: The Man in the Glass House

The Man in the Glass House: Philip Johnson, Architect of the Modern Century by Mark Lamster
Little Brown, 2018
Hardcover, 528 pages 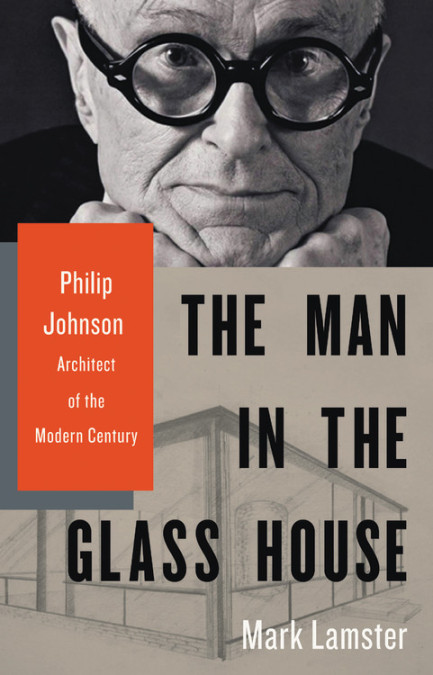 Mark Lamster had me in the Prologue. The Dallas Morning News architecture critic begins his biography of Philip Johnson on the famous architect's death bed. Like his iconic Glass House from 1949, Johnson's life was full of myth, arising from his architecture, his words, and his actions — all of them controversial throughout his many decades. But Lamster opens The Man in the Glass House by focusing on Johnson's humanity: his ill health, his difficulty in eating, the list of drugs he took to prolong his life, the tai chi master that came to the house a few days a week. When Johnson dies on the last page of the Prologue, I actually shed a tear; not out of sadness for Johnson's passing, which happened in January 2005 just shy of his 99th birthday, but because of Lamster's sensitive and eloquent portrayal of it. The Prologue's seven pages were enough to draw me into Lamster's telling of Johnson's life over the next 528 pages.

The Man in the Glass House is not the first biography on Philip Johnson (1906-2005). That honor goes to Franz Schulze, whose Philip Johnson: Life and Work came out in 1994. A decade before his authorized biography of Johnson, Schulze wrote "a critical biography" of Mies van der Rohe, one that was updated (with Edward Windhorst) in 2013. No update of his biography of Johnson occurred, though if Lamster's book is any indication that's for the best. Lamster doesn't bring up Schulze's book until the second-to-last chapter (befitting its timing in the chronology of Johnson's life), but he recounts that Johnson was upset with Schulze's tellings. There were various reasons behind this, but most illuminating is that Johnson thought his personality didn't show: "I'm not there." Although I own Schulze's book, I've only dipped into it here and there in regards to particular projects; while I can't corroborate Johnson's reading of the book, Lamster's book lacks that deficiency: Johnson is there, warts and all.

Between the Prologue and Epilogue — the latter manages to insert the "Save AT&T" campaign following a developer's 2017 plans to disfigure the Postmodern icon — Lamster tells the story of Johnson's life across seventeen chapters. He delves deep into Johnson's early life, such that by the middle chapter ("A New New Beginning") Johnson isn't yet 40 years old. By that point we have seen how the Ohio native toyed with humanities and philosophy and ended up in architecture; how he toyed — less playfully — with fascism; how a bad first impression with the MoMA board failed to derail him becoming the museum's first architecture director; and how he returned to Harvard in his thirties to become an architect. Lamster's deep, deep research means these and other happenings in Johnson's life are illuminated with facts and stories that humanize the myths, that make them real parts of a real life. That the stories of Johnson's long yet busy life are told in a way that makes the book hard to put down surely doesn't hurt.

One of the most interesting aspects of Lamster's biography is the recurring presence of architecture critics in the latter half of the book (when Johnson's buildings are given nearly as many words as his life), primarily those at the New York Times from the 1960s to the 1990s: Ada Louise Huxtable, Paul Goldberger, and Herbert Muschamp. Johnson's knack for finding talent, making relationships, and keeping his friends (and sometimes enemies) close to him meant that reviews of even his barely mediocre buildings were met with some praise, albeit tempered at times. Lamster, who wrote his book a decade after Johnson's passing, obviously isn't in the same situation and therefore doesn't hold back with his negative opinions on certain projects. But his takes on the Times critics reveal the central role of power in Johnson's life: what pushed him on his fascist detour, made him the ideal architect for corporate America, and enabled him to mount an influential MoMA exhibition at the age of 82, more than 50 years after his first groundbreaking show there. It's one of the many traits that made him the ideal subject of another biography — one thoroughly and beautifully told by Lamster.

Books purchased via these links send a few cents or dollars to this blog: