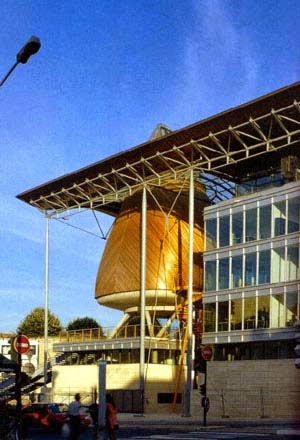 Richard Rogers's reputation rests on structures, such as Llyod's of London and the Pompidou Centre with Renzo Piano, that display their inner workings on the building's exterior. So in these works their appearance is a residue of the buildings interior. The elevations tend to work on a micro level, though, with well thought-out details and unique structural solutions. On the macro level the buildings are a cacophony of parts, grouped together according to their corresponding functions. Therefore this design process is limiting, though instantly recognizable. Recent work by Richard Rogers Partnership has incorporated more arbitrary formal elements and shifted the focus of structure and detailing from primary considerations to design devices. 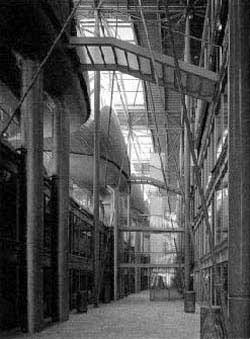 The Millennium Dome in Greenwich, London, appears to align itself with the two works mentioned above, though while Lloyd's and Pompidou appear as products of a process the Dome appears as a goal, with the process used towards this goal. Responding to the significance of the Dome as a symbolic structure (both historically and specific to this project) the expression of the building becomes paramount. Rogers's solution both expresses the structure and creates a recognizable form. Two important points can be taken from his solution: the structure becomes an integral part of the design (as do the mechanical cylinders located outside the shell of the dome) without being the design, and the structure exists to create the form of the dome. Essentially, the dome and the structural masts are interdependent. The Law Courts in Bordeaux, France go a step farther. 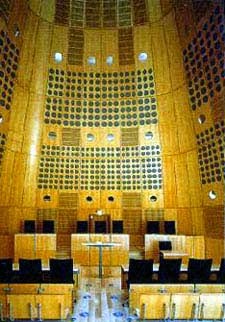 The complex is comprised of seven pod-like wood-clad courtroom structures enclosed behind a long curtain wall, with the interstitial space serving as circulation. The roof undulates in rhythm with the spacing of the courtrooms, punctured by the latter. Spaces in the complex vary from the factory-like circulation to the womb-like courtrooms. It is obvious from this short description that Rogers is venturing into unfamiliar territory. Yes, the curtain-wall possesses his strong sense of detailing and the circulation spaces are reminiscent of his high-tech buildings, but it is the organic forms of the courtrooms that give the complex its life. Positioned behind the transparent facade as if on display, they are easily the most refreshing objects Rogers has produced in his career. 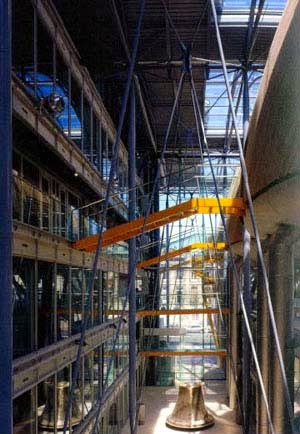 The easiest criticism of the Law Courts is the arbitrary nature of the courtroom forms. Unlike Renzo Piano's culturally and ecologically relevant "huts" at the Jean-Marie Tjibaou Center in New Caledonia, these "pods" only serve to attract attention to themselves and contrast with the technological sterility of the rest of the complex. Which is also the building's strong point: the courtrooms act on a symbolic level, expressing the judicial systems transparency.
Email Post
Labels: weekly dose