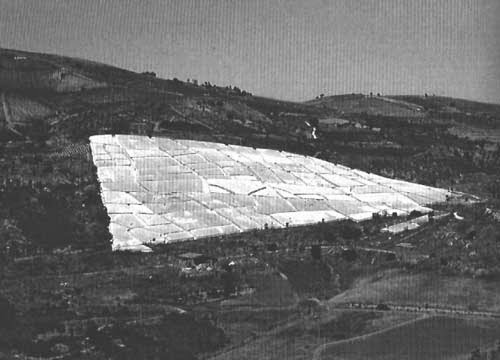 Italian artist Alberto Burri is known for a series of works titled Cretti, monochrome pieces composed of paste left to dry and crack eventually revealing fissures. These fissures are the focus of the work, illustrating the process and the artist's minimal involvement. Burri is a guide toward an unknown end as opposed to the general attitude towards artists as realizing an ideal vision. This self-reference relates the Cretti series to paintings by artists like Jackson Pollock's drip series, which reveal their means of production, while lacking figural relationships. The Cretto, in Gibellina, Sicily, resembles his Cretti series, though the former, a monumental work, exists on a deeper level, binding intimately to a time and place. 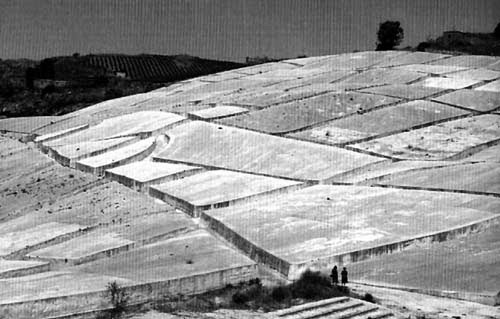 In January 1968, the same period Burri was working on the Cretti, an earthquake shook the western edge of Sicily in the Belice river valley. Gibellina was among twelve towns completely destroyed, though rebuilding happened differently here than in other towns. Instead of building atop the ruins of the old town the Gibellina was built approximately 20 km away, near a train line and highway. In 1981 Burri visited Gibellina, proposing the massive Cretto over the ruins of the old town. 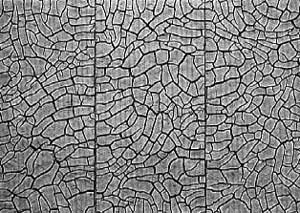 Similar to the Cretti's fissures the streets of the old town become the cracks of this new work. The concrete masses solidify a moment in time when the old town existed, though the integration of the old building's rubble into the concrete reminds one of the earthquakes effects. Moving through the sloping site the visitor's gaze is slightly above the slanted planes of concrete that contain both the remains of the containers but also the contained: personal effects of an exiled population. Here we realize the Cretto's superiority over the Cretti; the latter exists as a two-dimensional piece to be looked at while the former is both an object in the landscape and a spatial experience, occupied irrespective of its overall form. 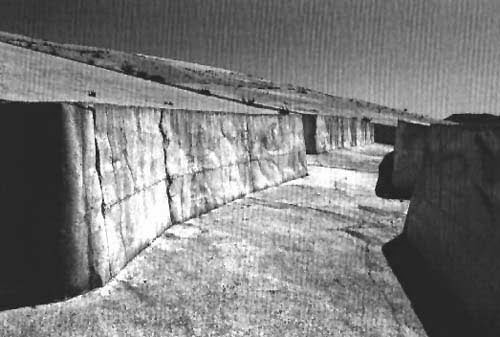 The Cretto's existence is best summed up by the architects Cristina Diaz Moreno and Efren Garcia Grinda:


The Cretto is above all an act of negotiation with the place and memory, which Burri gives to an alienated, uprooted population; by identifying the form of a process of restructuring of matter - in some ways similar to what happened at Gibellina - and the form of the destroyed town, he creates a mechanism to link events, configuration and time.