How Buildings Learn by Stewart Brand, 1994


The following is an excerpt from Stewart Brand's How Buildings Learn, which looks at the evolution of buildings by their users; from storefront renovations by retailers and house additions by families to the transformation of an architectural masterpiece: Britain's Salisbury Cathedral. 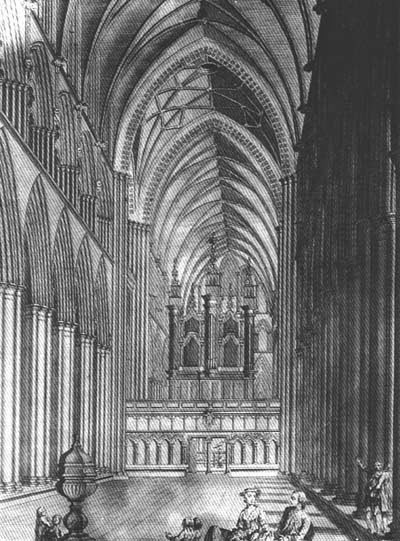 1754 - Salisbury's nave is 80 feet high. The original choir screen (or pulpitum) in the center foreground was at first brightly painted and had sculptures of kings in its niches with angels above them, but political events of the mid-16th-century (the Dissolution and the Reformation) removed them. The organ dates from 1661. 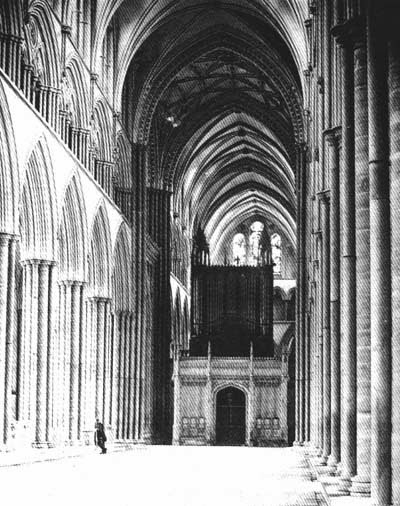 ca. 1865 - In 1787 the famous architect James Wyatt (later infamous for overzealous remodeling) was hired by a wealthy bishop to redo Salisbury. The original screen and old organ were replaced with a new screen by Wyatt and a new organ by Samuel Green. Bright medieval painted stone walls and vaults were painted over in various shades of "stone". 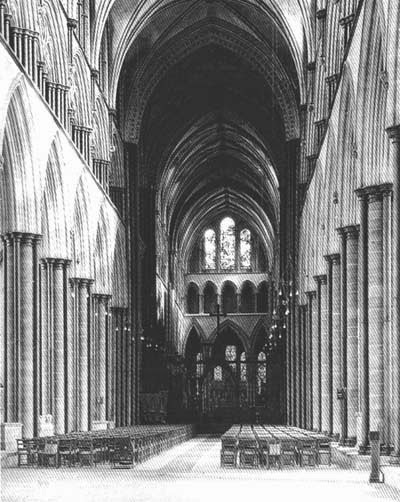 1929 - As late Gothic Revival supplanted early Gothic Revival, the next restorer undid the work of the last one. In 1858 George Gilbert Scott (later Sir) was hired to rethink Salisbury. The organ was moved, Wyatt's screen was demolished and replaced by an open metalwork one (by Francis Skidmore) in 1876, and a Scott-designed pulpit appeared on the left and in front of it, along with an ornate Scott reredos behind the altar in the background. 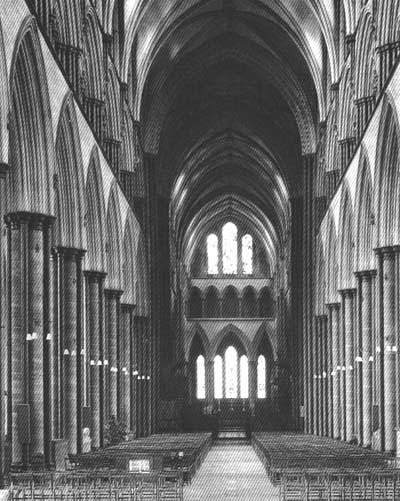 1965 - In 1960 a new theory of English cathedrals declared that they should present an uninterrupted vista from end to end, and Scott's screen and reredos were swept out of Salisbury. Only his pulpit remained. For the time being.
Email Post
Labels: weekly dose