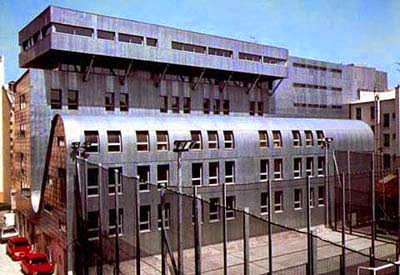 Director of this year's architecture section of the Venice Biennale, Massimiliano Fuksas posed this theme to international architects: "Citta: Less aesthetics, more ethics”. Unfortunately most entries did not directly address his demand, due to the decreased role in architecture affecting social change ever since Modernism "collapsed". The recent strain of simple designs, popular all over the world, echoes this -ism without concerning itself with the social concerns that Modernism embraced. Architects are fine with this situation, comfortable with society's dismissal of architecture as no more than mere fashion. This generalization is at the root of Fuksas's direction behind the Biennale, giving architects a chance to embrace technology (much as Modernist architects did) towards social causes. 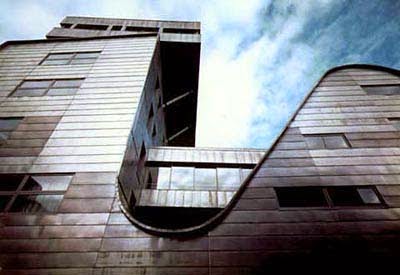 More interesting than analyzing the works of the Biennale is looking at one of Fuksas's designs, to see if his words extend into built form. The Ilôt de Candie, a block+ development in Paris (opposite the Sainte-Marguerite church), is a good project to examine, due to its size and integration with an existing city fabric. The program contains a gymnasium and support spaces, apartments, and offices. The first gives the project its expression: a zinc-clad roof that waves up and down over the gymnasium and then up again to create part of the volume for the apartments. 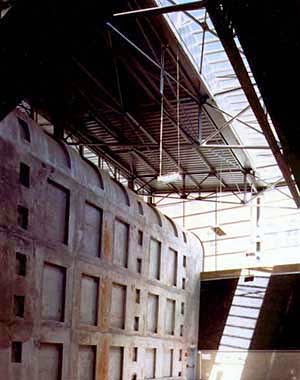 Looking at the Ilôt de Candie in terms of Fuksas's directive, three important parts of the design stand out: supplying the neighborhood with usable amenities (gymnasium facilities), responding to the context with a similar scale, and creating unique buildings that give vitality and energy to the area. The first part is the most important: part of a development giving back to the community, instead of merely finding a way to maximize profits (apartments and offices solely, for example). Ideally, the two other parts should be balanced to find an appropriate expression of the program (part one), something Fuksas achieved with a simple articulation of the roof line. 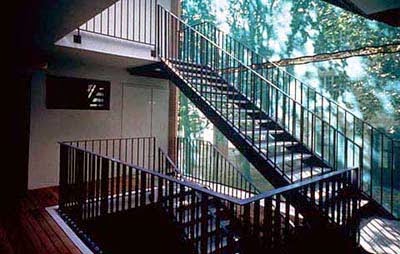 Evidently Fuksas does attempt to deal with ethics in his commissions and designs, though naturally it is not an easy position. Typically the commissions architects will receive will be persons and groups that can afford architects: retail, commercial and residential developers. But the cynicism that exists regarding architecture's role in society needs to be reexamined. While Modernism tried to improve society through building and technology, ultimately failing, it should not be assumed that it is not architecture's place to improve lives. The lessons learned should be instructive, not dismissive, so that architecture may someday evolve into a practice that benefits everyone, not just the client and the architect.
Email Post
Labels: weekly dose