The following project and text are by Winka Dubbeldam of New York City. 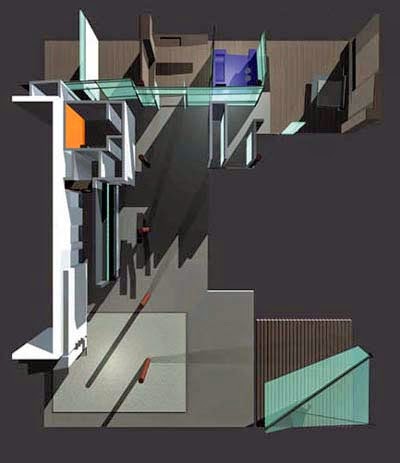 SITE
For the Wooster St. project, we were asked to adapt the 5th floor of a converted SOHO loft building to residential space for an art collector. This highly urban living condition reflects the "nomadic" quality of today's metropolis. As the owner moves between london and new york, the internet is the primary mode of communication. 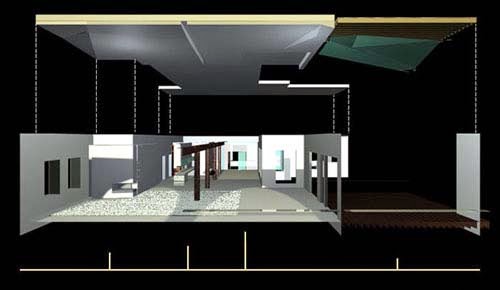 In the design for the loft, different zones are generated - public / private / guest areas, and a concept of "connective cuts" is developed. Planes are introduced as connective membranes not only by means of translucency, but rather by the slicing of these planes, seperating them into suspended, floating, and pivoting elements. 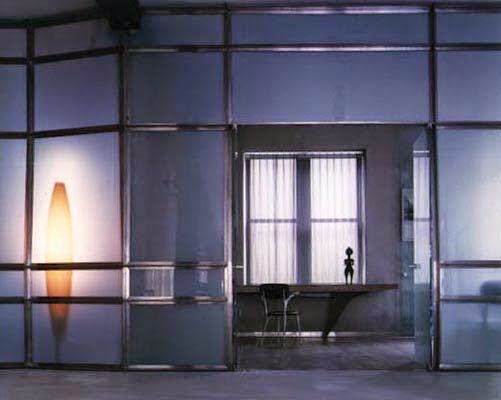 A free-floating bathroom capsule, the functions of which all sculpted in one element, wrapped in a series of glass planes which serves to divide spaces only physically. 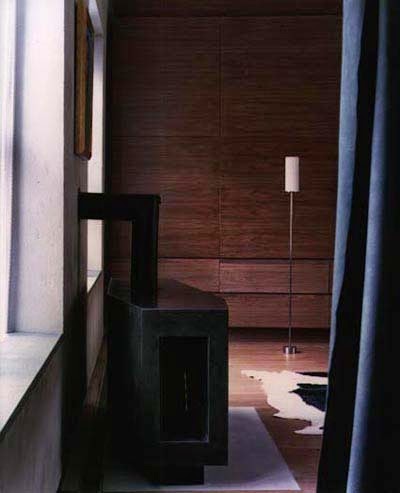 THE FIELD
As a result, areas or fields of occupation have formed, with fluid, continuous space flowing between them. Texture changes in the walls, floors and windows further designate these areas as hard, soft and neutral spaces. Doors and enclosures are replaced by shifts in volume, and transitions into different areas become "hinge-points", while providing visual privacy. Overall, the continuity of these interlocking volumes creates a residence of overlapping intersections and interweaving space.
Email Post
Labels: weekly dose