The following text and images are by Smith-Miller + Hawkinson, for The Corning Museum of Glass in Corning, New York. 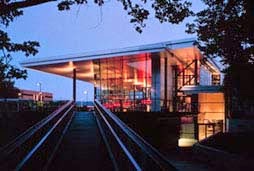 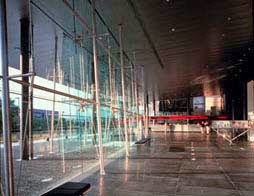 This second phase of the project envisions a new Orientation Center building to the East of the present Glass Center. The Orientation Center will accommodate both pedestrian and jitney-borne visitors arriving on the upper level. Seen from Centerway Boulevard, the very large glass facade of the Orientation Center offers visual access to the interior of the Center, invites the visitor to enter, displays the Orientation ("Shutterbox") Theater, the ramp to the beginning of the Glassway and the Regional exhibits. 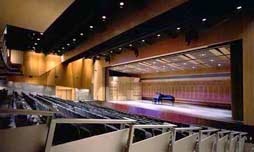 The North East window-wall at the main entrance of the Corning Glass Center is made of very large frameless glass plates. All glass connections, plates to glass doors, and plates to glass canopies are by point fittings drilled through the glass. The juxtaposition of these glass window wall components to one another will reveal the prismatic and transparent qualities of glass. 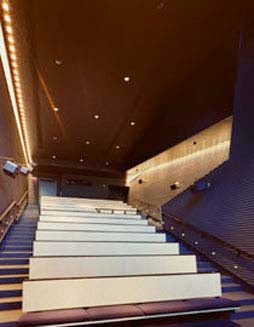 To maintain maximum transparency the plates are supported by masts comprised of high strength stainless steel tension and compression members. By placing the mast interior and exterior to the glass plane and linking the system to the building structure, the window wall shifts from one understood as "endoskeleton" to "exoskeleton" and vise-versa.

The purposeful, deliberate, and didactic display of structure and glass plate at the building's entrance, celebrates the visitors' passage from exterior to interior, and serves to reveal the exploratory nature of the Glass Center itself.
Email Post
Labels: weekly dose