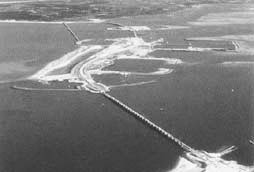 In 1952, the province of Zeeland, in the Southern part of Holland, was an archipelago of islands in a large-scale tidal region. In 1953, these lowlands suffered a disastrous flood killing nearly 2,000 people. To avoid another such catastrophe, the Netherlands implemented the Delta Plan. This ambitious public works program shortened the country's coastline by 700 kilometers. It closed off the sea by using a series of dikes and dams.

As a result, an entirely new landscape emerged-lakes, dams, beaches, recreation areas, new settlements and industrial zones. Manipulating the currents generated sandbars and nature reserves. In Dutch, a polder is and area of reclaimed land. This new polderland was one hundred percent man made. 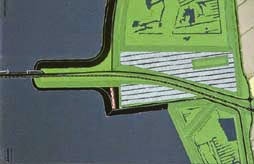 Before the Delta Works was completed, the government decided to retain the tidal movement in the Eastern Scheldt. There were many environmental and ecological discussions surrounding this estuary. If blocked by a dam, the tides in the area would change dramatically and destroy the mussel industry so vital to the region. As a solution, the State Engineers decided to create a storm surge barrier that could be closed during times of inclement weather.


In 1985, when the work on the Eastern Scheldt storm surge barrier was complete, plans to dismantle the artificial work islands and construction docks were abandoned due to lack of funding. Five years later, the State Department for Roads and Waterways commissioned West 8 for a proposal to transform the sand depots into artificial dunes. 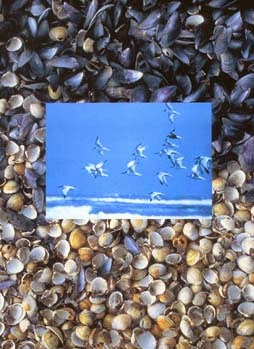 Adriaan Geuze is the founder and principal of West 8-an office of landscape architects and urban planners. "I am Dutch, and thus was born in a country with a very special relationship with nature," Geuze states. The knowledge that the contemporary landscape is, for the most part, artificial allows this office the freedom to respond by positing its own narrative spaces. The basic ingredients are ecology, infrastructure, weather conditions, building programs and people. Their aim is to incorporate the awareness of these various aspects in a playful optimistic manner that stimulates the desire to take possession of space.

"The client asked us to turn it into an artificial dunescape and to plant it with all kinds of dune grasses and so forth," Geuze explains. "For me this was really dramatic, because it meant that people would not watch the water and the whole ecosystem. Rather a very strange man-made phenomenon…Dune landscapes are found in nature, but in different spots-not in the middle of the seas." 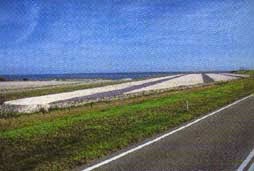 West 8 proposed to flatten the sand depots into vast plateaus. "The idea was that when you drive there, you are 'launched' by your momentum and then, suddenly, on a 10-meter level, you see this incredible panorama of the sea and understand what is happening: you are going through the estuary," Geuze explains. 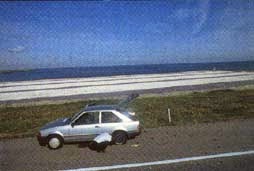 Each plateau was covered in beds of seashells. Geuze insisted on two types of shells: mussels and cockles, which are black and white. "We knew that when you cover such a plateau-a flatland covered with shells-a bird colony will appear." Beds of shells are the ideal resting places for coastal birds at high tide. And since the shells were waste materials from nearby fishing industries, they were obtained at no cost. 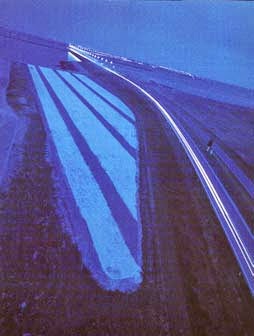 As they were designing these shell patterns, the perception of the motorist became very important. "When driving over or through those plateaus, you are facing a rhythm of black and white shells and black and white birds," Geuze explains. "In my view, this project is a beautiful example of the relation of technology-the citizen speeding in a car-with the ecology of the Delta." These plateaus offer the driver not only a perspective of living graphic patterns, but open panoramas across the sea.