GGG House in Mexico City, Mexico by Kalach and Alvarez, 2000

The following text, and accompanying images, are by Alberto Kalach and Daniel Alvarez for their design of Casa GGG, featured in Oz Volume 21. See the house completed here. 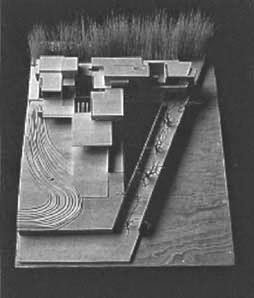 The house could be seen as the most simple and yet the most complex and exciting architectural theme. I understand it as a passage that transports inhabitants from everyday life of the street to an inner world of intimacy. The succession of spaces is discovered indirectly, diagonally, or at a turn. Spaces are not seen until you enter them individually. They make a scenario to compel human life, while they also form a plot unto themselves. 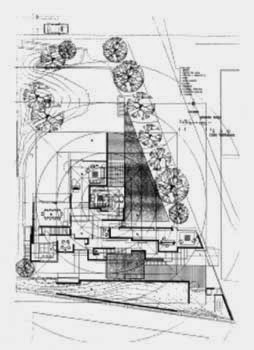 The house's spatial idea, inspired by the work of the sculptor Jorge Yazpik, starts with a basic accommodation of the program that allows afterwards a freer exploration of spatial relations through clay models. Each indentation or cut in the mass suggests the next one, in a progressive work where space is discovered rather than invented, until reaching the final volume.


The house is imagined as a great concrete monolith that is fragmented geometrically and progressively within a spatial network defined by the successive inscription of a sphere within a cube, and this, in turn, within another sphere. 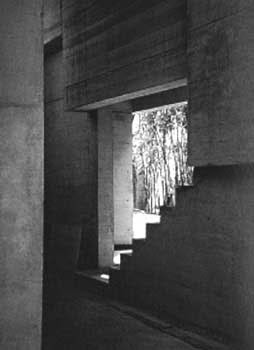 Rays of light filter through the cracks, at times exploding softly, flooding the spaces. The shadows, the brightness, and the penumbra liven the passages through the house and contrast with the spaces marking the flow of time. 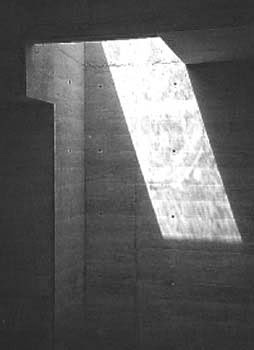 Gardens, pools, patios, pavilions, and alcoves are linked by cracks that break the monolith.

The general volumes of the house respond to the compelling location of the site, wedged between a beautiful golf course, a warehouse, and a five-story apartment building.
Email Post
Labels: weekly dose