The following text and images are by Skidmore Owings & Merrill (SOM) for their proposed tower at 7 South Dearborn in Chicago, Illinois. 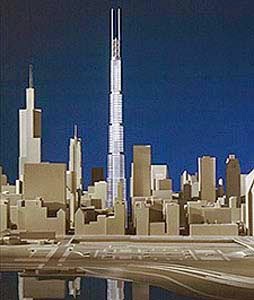 Slated for completion in 2004, 7 South Dearborn will be a 108-story, 1,550-foot tower, which will be the world's tallest building. When topped by two digital broadcast antennas, 7 South Dearborn will achieve a total height of 2,000 feet. The mixed-use complex will include commercial office, residential, retail and parking. 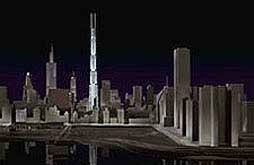 The 1.9 million sf building will include 360 residential units on 40 floors, 765,000 sf of office space on 32 floors and 800 parking spaces. In addition, 90,600 sf on the top 13 floors will be dedicated to communications facilities. The 75,000 sf of retail will include restaurants, shops and amenities such as food delivery service, a private fitness club, laundry/cleaner and drugstore. The tower will continue the successful transformation of Chicago's Central Business District into a community enlivened by a full range of residential, retail and commercial activity 24 hours a day, seven days a week. 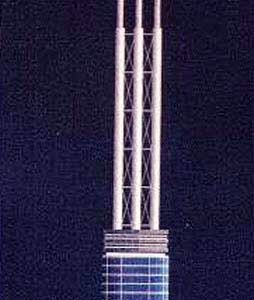 The stainless steel and aluminum exterior facade will be accented by light green, lightly-tinted low e coated double glazing. Six distinct groups of floors will be visible. The lower two groupings will be separated by standard setbacks, while the upper four groupings will be divided by distinctive notches that underscore the building's role as a transmission tower and reveal the cantilevered character of its construction. 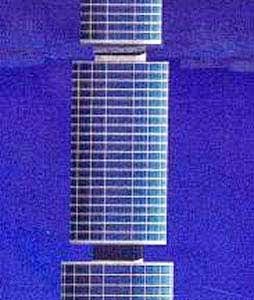 7 South Dearborn represents a major advancement in the engineering of tall buildings. Although taller than the Sears Tower, the building's floor plates are substantially smaller. This is a result of its stayed mast structural system, formed from a series of spaces that evolve from a reinforced concrete core. A limited number of widely spaced columns dot the perimeter of the office component, and the interior is column-free. The cantilevering of the upper 57 residential floors from a concrete core makes columns unnecessary on the exterior walls and provides 11-foot uninterrupted views in all directions.
Email Post
Labels: weekly dose