Tower of Winds in Yokohama, Japan by Toyo Ito, 1986 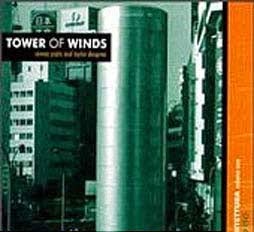 Friedrich Schelling's famous quote, "Architecture is Frozen Music" attempted to find a relationship between the solidity of architecture and the intangibility of music in his era. While the Baroque, and subsequent Rococo, styles in architecture contain a plasticity and flow of ornament that seems to validate the statement, it does not go beyond purely surface characteristics. If we look at the purpose, goal and process of both music and architecture, finding clear relationships is difficult, though this does not deter architects from finding inspiration in music, and vice-versa. A good example of both is Toyo Ito's Tower of Winds, in Yokohama, Japan, and Savvas Ysatis and Taylor Deupree's album of the same name. 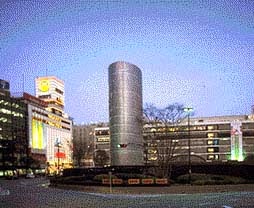 During the day the Tower of Winds stands as a 21m tall opaque object, its aluminum cladding shielding the mirrored plates and lights within. At night the lights and reflective surfaces dance to the music of the city, computer-controls reacting to both man-made and natural forces: ambient sounds, wind forces, time of day and season. The images that follow illustrate the variety of patterns and degrees of transparency achieved by a combination of over 1,000 lamps, twelve neon rings, and thirty flood lights, the last situated on the ground and directed upwards within the tower. Ito created a work of art/architecture of simplicity that reflects the complexity and nature of the city and its inhabitants. His influence is the music of the environment combined with our interaction and effect upon it. 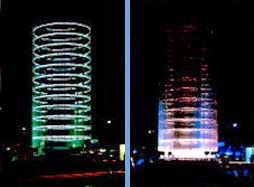 As volume one of Caipirinha Productions  Architettura series, Toyo Ito's Tower of Winds is a sensible choice as a piece of architecture to inspire and inform the music-making process, particularly electronic music. Savvas and Taylor developed a production technique that accepts environmental inputs (sans  keyboards and other devices) much the same way the tower reinterprets the sounds of the city. The result is an ambient soundtrack to the Tower of Winds, rising and falling with layers of sounds and rhythms to the day and hour (each title includes a date of production, e.g. June.17 6pm for the track included here). Unfortunately the album is not strong enough to exist apart from its inspiration, its reason for existence. 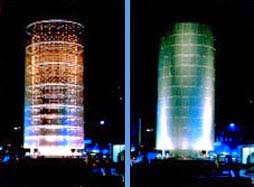 Two more titles have followed (Tetsu Inoue re: Nicholas Grimshaw's Waterloo International Terminal, and David Toop re: Itsuko Hasegawa's Museum of Fruit) indicating there are many more avenues to be explored between music and architecture. From an architect's point of view this crossover influence is refreshing, though architecture has typically limited music's influence to related functions, such as theaters. But to ignore music's possibility to inform architectural design means accepting that the latter exists in a cocoon, excluded from the world around us and its vast layers of inspiration. The Tower of Winds, and its subsequent "soundtrack", help us to see the possibilities.
Email Post
Labels: weekly dose