Museum of Archaeology and History

The following text and images are by Dan S. Hanganu Architects for their award-winning Museum of Archaeology and History (aka Pointe-à-Callière) in Montréal, Quebec, Canada, completed in 1992. 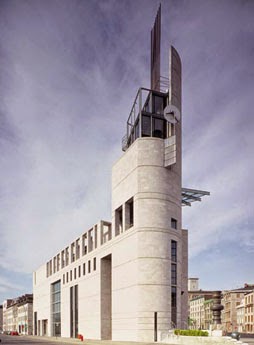 "Memory and inventory" constitute the major themes employed in the elaboration of this project. Given the significance of the site, the architecture of the museum's components is influenced by the events which have taken place here since the founding of Montreal, and where more than six centuries of history are superimposed. 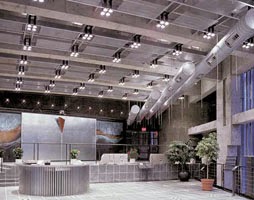 The museum is comprised of three elements: a new building called the "Eperon", a crypt, and the former Customs House. The "Eperon" constitutes the focal point of the project. A work of masonry, it fills the triangular form of the site and respects the massing of the former Royal Insurance Building, the last occupant of this historic place. By recreating its morphology, the construction tightens the perspective of Place d'Youville and re-establishes the continuity of the urban façade of de la Commune Street towards the St. Lawrence River. 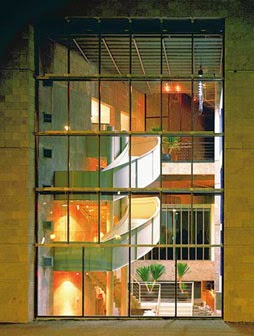 The tower, a visual point of reference, recalls in a contemporary manner the former campanile of the Royal Insurance Building and marks the entry to the museum. Contrasts of solidity and transparency are found throughout the museum and together underline the permanence of the site and the discovery of the ruins. 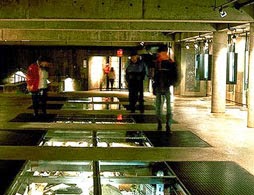