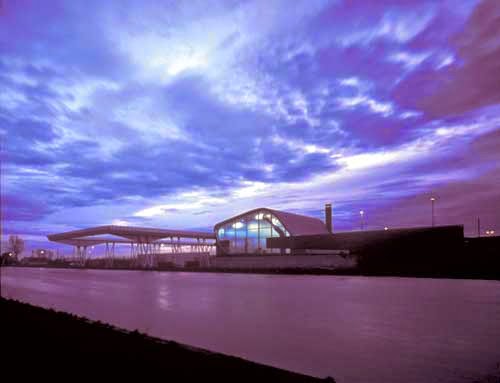 UN Studio designed a waste treatment facility in Delft, Netherlands to handle 80,000 tons of domestic garbage and 25,000 tons of biodegradable waste. Recycled waste is processed on site, while non-recyclable waste is compressed and shipped to incinerators. The final design attempts to express the function of the facility in a cohesive whole, which it achieves while also creating a striking assemblage in a contemporary manner. 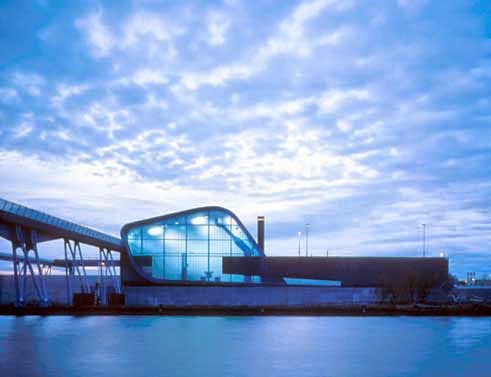 Architects Ben Van Berkel and Caroline Bos are known equally well for their theoretical works as they are for their practice, UN Studio, common in the Netherlands. An interesting aspect of their built work, especially for an outsider, is the large amount of infrastructural and industrial objects in their oeuvre. It is refreshing to see such stimulating design applied to what is typically merely building, not architecture, bringing to the fore the processes typically concealed in bland boxed insensitively placed in the urban fabric. 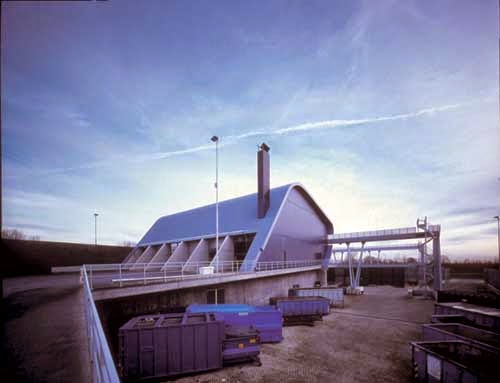 The project consists of a service building, transfer building, weigh space for garbage trucks, recycling depot and the surrounding landscaping and infrastructure. The form of the main structure, focused on here, is a thick plane wrapping from the concrete plinth to become a wall, roof and wall again before returning to the ground at the transfer docks. This plane (skin) emphasizes its role as a visible object in its context over spatial complexity, the latter not appropriate for its industrial role. The skin is pierced by the truck berths and an exhaust flue, the two ends infilled with glass and metal. 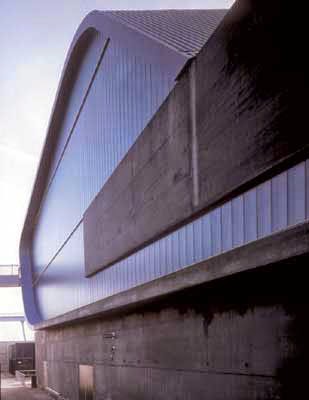 At this facility in Delft, the architects tried to use the project as a symbol of changing attitudes and practices toward waste processing. For much of human civilization, waste has been something forgotten or ignored by the masses until a cause for concern such as an epidemic. With dwindling landfills and modern standards of hygiene, waste is no longer simply hidden or buried, instead much of it is processed for re-entry as recycled goods. This facility expresses that change through its form (dynamic) and cladding (translucent), but mainly through the actual processes taking place inside.
Email Post
Labels: weekly dose