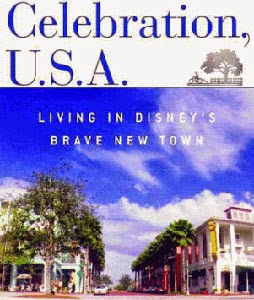 Published in 1999, this book chronicles the two-year stay of the husband-and-wife authors and their two children in Walt Disney Company's Town of Celebration outside Orlando, Florida. A history of the company in Florida and the town's creation give the family's experiences a context beyond the love it or hate it attitude that people have adopted in response to the idea of Disney extending its market and influence to town planning. The first-hand accounts from the authors, and their interviews with residents, ground the book in reality, a reality that collided with the hopes and dreams of people who moved to Celebration looking for a better place to live. In the end, the book is an account of both the town's physical reality and the people who believed in its potential.