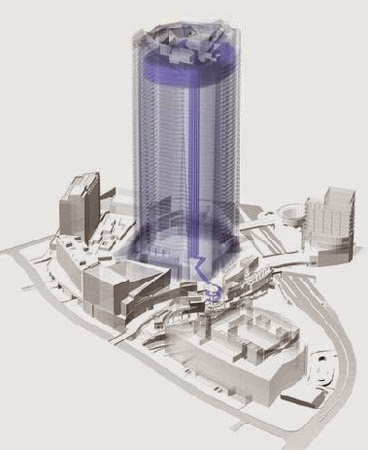 Roppongi Hills is the latest undertaking by Japanese developer Minoru Mori, over 27 acres in the Roppongi area of Tokyo, which, like much of the city, has a shortage of useable land. The mixed use development - the largest in the history of Japan - includes office, residential, hotel and retail spaces totaling nearly 8 million square feet, as well as multiple open spaces throughout. Therefore every piece of the site is accounted for in tenant space or public use, reflecting the amazing amount of control the developer had over the design of the site. The Mori Arts Center is a small, yet important, part of the development which focuses on maximizing profit, like most developments, but via cultural means instead of strictly commercial. 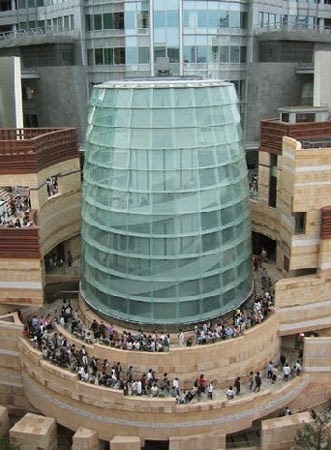 Roppongi Hills' nerve center is Mori Tower, a 54-story office building by Kohn Pedersen Fox that houses the Mori Arts Center, made up of the Mori Art Museum, a social club, a multi-purpose academic facility, and observation decks. Atypically large floor plates - approximately 120,000 s.f. each - enable the insertion of alternative uses beyond the typical office environments; the Center itself within the top four floors of the tower below the sky deck. To give the Center a presence it is divided into two components: the interior spaces within the tower and an entry structure at ground level that is the project's sole exterior expression. The conical entry pavilion, designed by New York's Gluckman Mayner Architects is a glass-clad, freestanding element with overlapping glass panes, much like the scales of a fish. The visitor ascends the entry cone, then taking an elevator to the upper floors of the Center. Gluckman Mayner were responsible for the design of these public spaces the visitor traverses, as well as the Mori Art Museum, an observation deck, retail and cafes. The top two floors of the Center contains the museum, which contains naturally-lit galleries totaling 32,000 square feet. Focusing on contemporary art, both local and international, the museum is planned as a place to disseminate art between Japan and the rest of the world, and vice-versa. Its position atop the Mori Tower attempts to express this desire through its height and the developer's prominence, instead of an eye-catching building a la Frank Gehry. If this goal comes true remains to be seen. 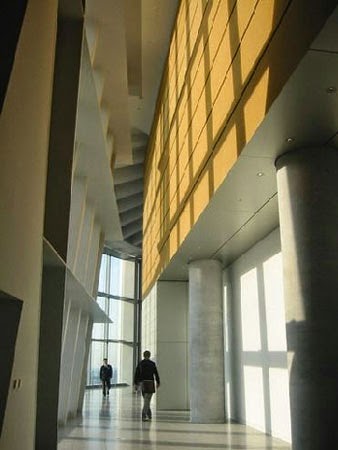 The inclusion of the Arts Center and Museum in the Roppongi Hills development testifies to art's newfound viability as an economic amenity - albeit not as surefire as typical retail - and its increased popularity for tourists and residents alike. Also, with contemporary sculpture sited in the development the evident devotion to art is refreshing, regardless of any of the development's shortcomings, including its overly capitalistic emphasis and "anywhere" design - traits that are the unfortunate norm around the world in developer-driven projects featuring international architects. Gluckman Mayner's intervention provides a simple, yet elegant setting for the art, much like most of the firm's body of work and its focus on spaces for art. In their entry pavilion, though, they created a unique structure that both signals the Art Center's presence and its contrast to the rest of the Roppongi Hills development. 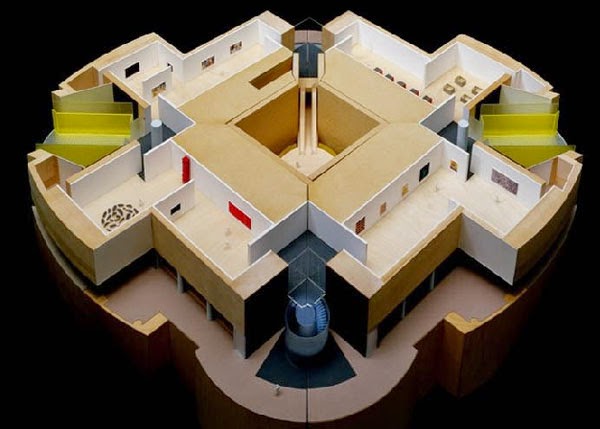