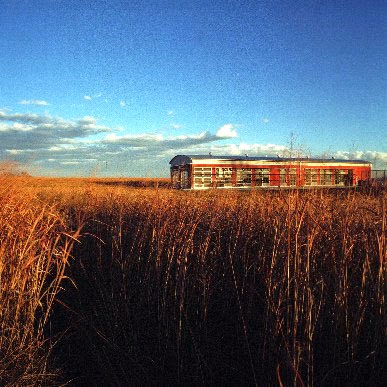 The houses of architect Dan Rockhill, and his office Rockhill and Associates, are unique products of his upbringing, locale and clients. Being raised on a farm gave him the skill and patience to construct each house in its entirety, or at least the majority of each house, obviously the most individual aspect of his firm. Living in Kansas helps to generate the houses' forms, influenced by both the landscape and the industrial objects created to harness its bounty. Lastly in a seemingly liberal, though ultimately conservative, area of northeast Kansas, Rockhill has found the right clients - or the right clients have found him - to build his contemporary structures in steel and glass. Located west of the college town of Lawrence, Kansas, the Newton House is no exception to these characteristics. 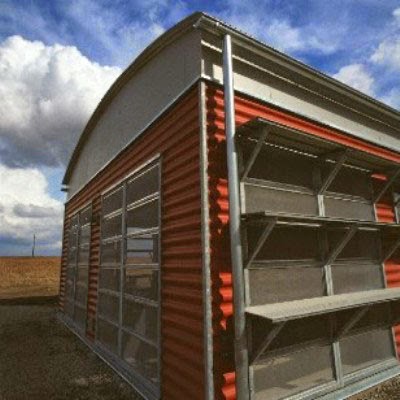 Rockhill's experiences growing up on a farm directly contributed to his ability to build and construct objects. This important aspect of his (unconventional) practice directs their work, while also providing a self-imposed challenge throughout the process. A prefabricated bathtub, for example, may save money and time, but it may not contribute to the house's design or levitate the bathroom artistically and experientially. It is the architect's belief that art extends from the process of making; it "unconsciously blossoms from the labor of the hand", in his words. A belief with roots in Native American tradition, where art is not distinct from craft or life for that matter, Rockhill's constructed houses give a sense of their making, imbuing them with a feeling that is seldom achieved in typical residential construction. 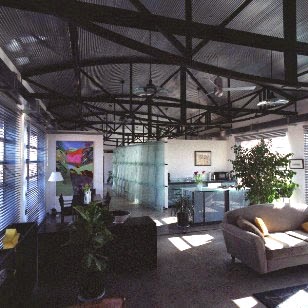 The Newton House's simple rectilinear form recalls the industrial train cars of the region, especially through the continuous louvers shading the interior through the large openings. These exterior shelves help to give the house a weight, as it hugs the natural prairie ground of its surroundings. Inside, arched trusses span the length of the exterior and continue throughout the whole house, consistent elements apparent above the partial height partitions that divide the large, long space. Although the rough, industrial materials from the exterior come inside, their presence is limited to the ceiling so the overall effect is a light-filled, calming interior, reminiscent of Australian Glenn Murcutt's houses. 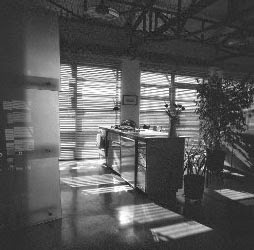 Rockhill's teaching at the University of Kansas and supervision of Studio 804, a graduate program at the school where students build their own house designs for needy families, give him a presence in the town of Lawrence that is important, yet curiously misunderstood. Residents of the town, and the local paper, backlash against his designs, strange in a town that prides itself on liberal thinking. Much like San Francisco, this liberal nature does not extend to the built environment, so any attempt to imbue contemporary architecture into the town is a fight. Finding the right client, who will fight along with the architect, is important, and the Newton's "love for modern architecture...played a significant role in the success of this project," according to the architect. 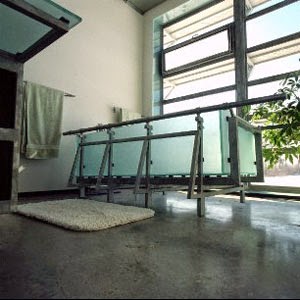