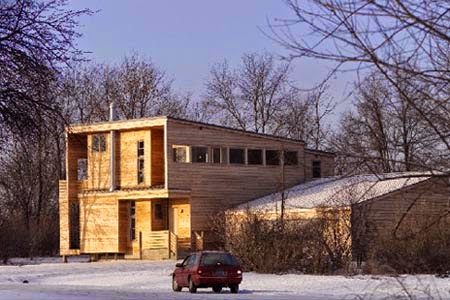 Before Ply Architecture won last year's House: Case Study Cleveland Competition, the Ann Arbor-based firm designed this house in their Michigan hometown. While the former looks at the American single-family house via ideas of flexibility and prefabricated construction, the latter provides solutions to a particular family-of-four's needs and desires. Each finds their home in the Midwestern landscape, though the house in Michigan musts also respond to the Japanese and American cultures of the client's family, adding a unique twist to the suburban house. 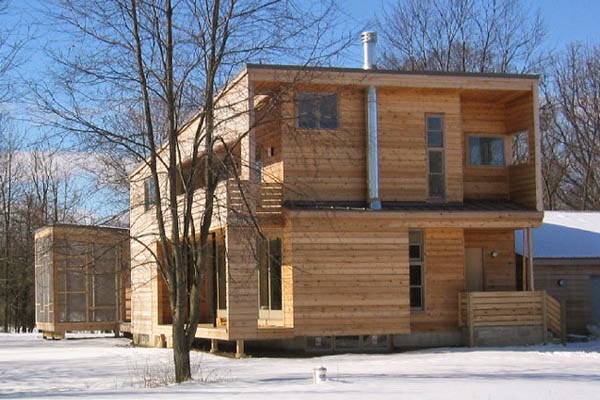 Once entering the house it is apparent the design incorporates certain elements from Japanese residential design, as a built-in bench for shoes is included in the entry. Other Japanese elements included are primarily spatial: alcoves for scrolls, a courtyard, and a soaking bath. These spaces affect the form of the house and are made visible in the house's exterior, which attempts to express its interior functions unself-consciously. 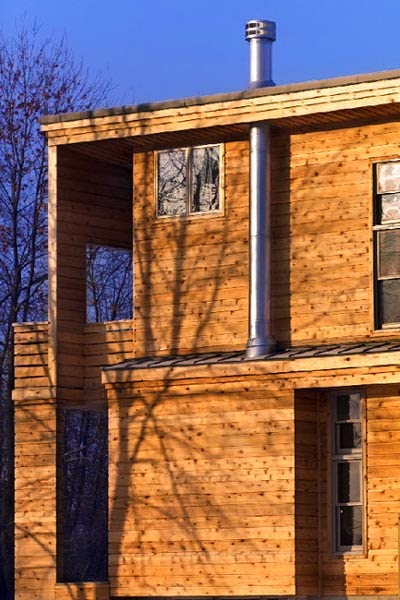 The architects were strongly influenced by the agricultural landscape of the Midwest, particularly Thomas Jefferson's gridding of the American terrain into one-square mile grids. The hedgerows that grew from this gridding helped to define spaces within the open fields; in turn the architects used a similar language to define the spaces of the open layout of the domestic interior, a method that helps to balance the multiple cultures and their respective needs and desires. 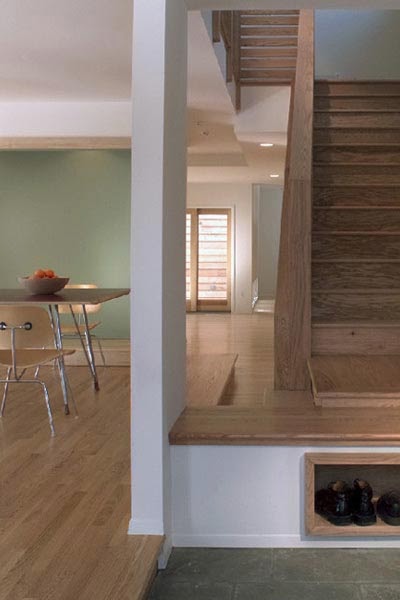 Many similarities exist between the Case Study House and the Midwest Rural House, each situating it in relation to the prevalent suburban, single-family house design: these include open interiors, smaller size, wood cladding, and a lack of an overriding formal exterior. Their houses are designed from the inside to the outside, expressing contemporary life instead of hiding it behind a historically-styled facade. 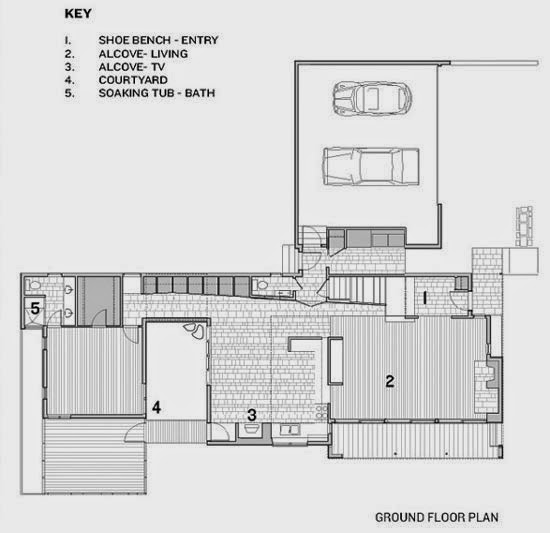