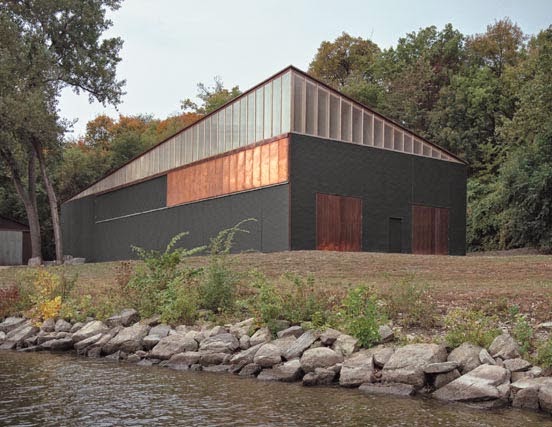 The 2003 Wood Design Awards, juried by Laura Hartman (of Fernau & Hartman Architects), Raymond Moriyama, and Peter Bohlin (of Bohlin Cywinski Jackson), were awarded to 13 projects from over 200 submissions. The projects chosen use wood as a "significant element [that] plays a central role in the success of the building," according to the competition web page. The Minneapolis Rowing Club in Minneapolis, Minnesota by Vincent James Associates Architects (VJAA), one of the 13 projects, is a fitting recipient embodying the ideals sought by the Wood Design Awards.

Also located in Minneapolis, VJAA is a practice that attempts to use technology to its fullest potential, though not at the expense of place. Their sensitivity to site and their exquisite craft and materiality, coupled with a thoroughly modern architectural sensibility, helps them to create buildings that are simple yet rewarding. Primarily known for their single-family residences, this project is a house of a different nature, housing boats and other equipment for the Rowing Club. Through its construction, the building broadly relates to residential construction with its pitched roof above wood-stick construction. 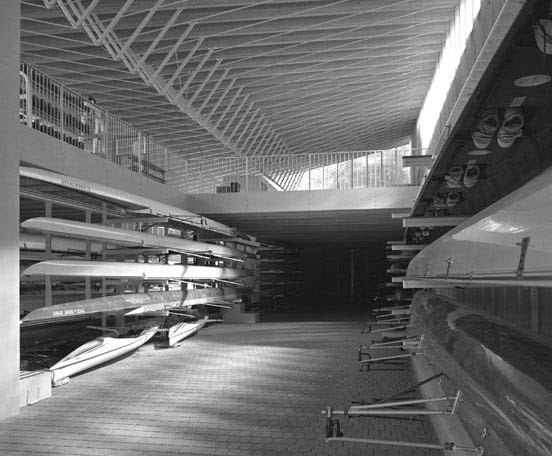 Any resemblance to residential construction ends when one perceives the form of the roof and the scale of the building. The rectangular plan is approximately 50ft. x 125ft. with a mezzanine occupying one end of the plan. Sized for the storage of the rowboats, the building's large interior receives sufficient natural light through clerestories that gain height towards opposite corners, accomplished as the top chords of the roof trusses rotate along an axis running the length of the building (seen as the row of "V"'s in the image at left). This simple structural maneuver gives the building a noticeable silhouette from the Mississippi River below while also making the interior spatially dynamic. 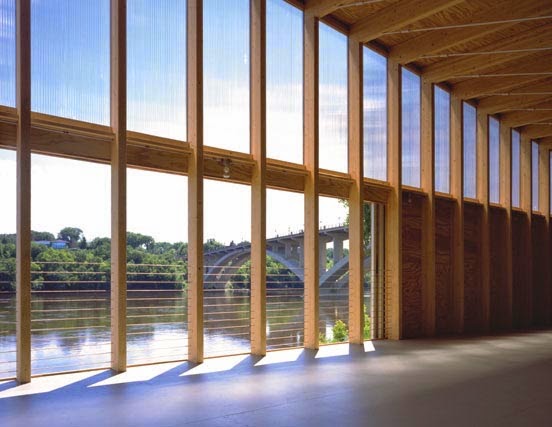 Other recipients of the Wood Design Awards include projects by Brian MacKay-Lyons and Will Bruder, with most of the projects in Canada and in the United States near the border. This predominance of projects to the north indicates the abundance of trees as a means for wood construction, but also wood's potential to create architecture fitting to these regions. Realizing this potential informs a consideration that the use of naturally-occurring materials near a building's site helps to ground a building in its place and also create architecture that is appropriate and potentially meaningful. 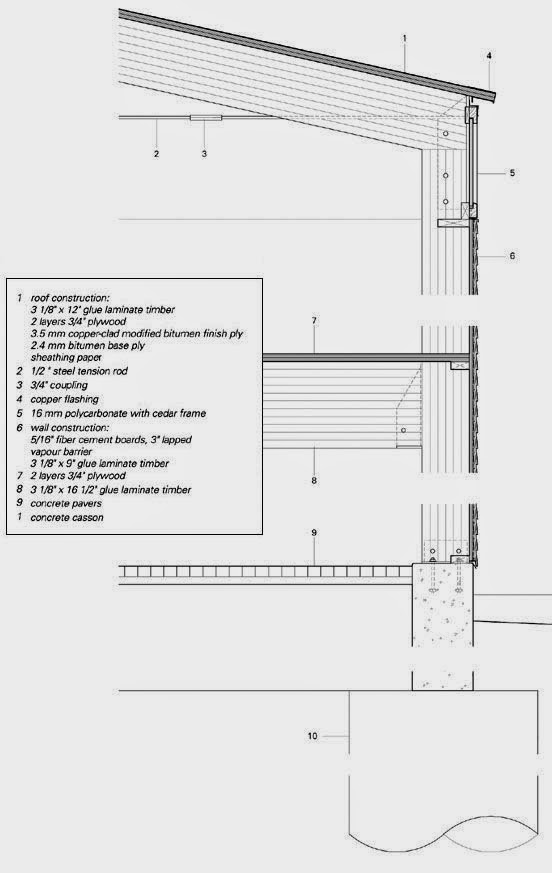