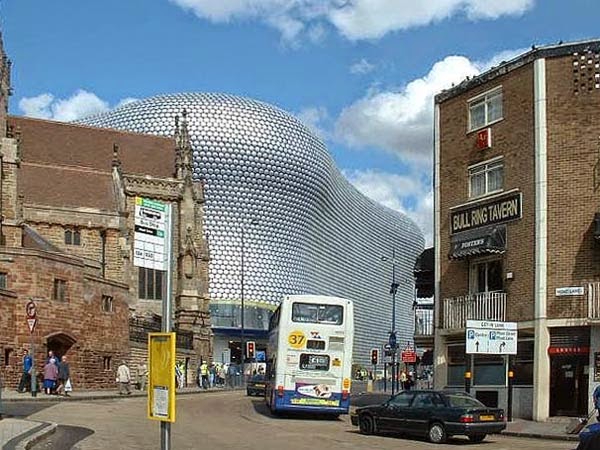 Wednesday, September 4, saw the opening of the new Selfridges Department Store in Birmingham, England, an important part of the large shopping development Bullring. Designed by London's Future Systems, the blob-like building is a contemporary take on the windowless retail box, a standout in this otherwise architecturally typical, yet ambitious, development in the city center. 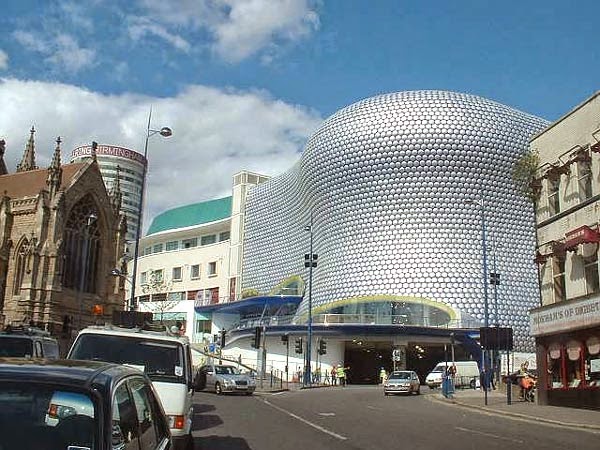 Extending the street plan of Birmingham into the development, the overall plan of the Bullring attempts to integrate itself into the city, but ultimately it is an updated mall, Selfridges acting as one of the two anchors as in a typical dumbbell mall plan, forcing itself upon the city. The emergence of this this building type in cities attests to the impact of shopping, in particular its saving grace. Coupled with the draw of contemporary architecture, shopping is becoming the means of saving city centers, definitely evident to Birmingham's city planners. With more than 140 shops, the Bullring attempts to become "a new beginning for the city", according to the developers. Beyond the mere existence of new shops and restaurants, the Bullring also helps the city by providing over 3,000 parking spaces, improving public transportation and, most importantly, creating a nexus of activity, as witnessed by the opening day festivities in the image to the left. The sustained popularity of the area is no doubt dependent upon the Selfridges store, both for its amenities and its architecture. The novelty of its design gives it standing alongside the Guggenheim by Frank Gehry and the Milwaukee Art Museum by Santiago Calatrava. 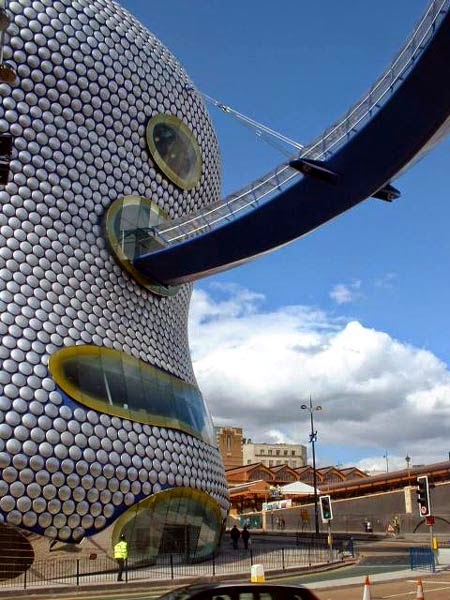 Though the new Selfridges has a similar goal to the Guggenheim and the MAM - reinvigorating cities - it is their means that separates them. Bilbao and Milwaukee use cultural institutions to attract people and act as symbols of their respective cities, while Birmingham uses commerce to do the same. But the gap between culture and commerce is shrinking and often blurry, as witnessed by the introduction of art and cultural amenities in malls and other retail developments, and the abundance of stores in museums. Shopping is becoming the common denominator in much of daily life. 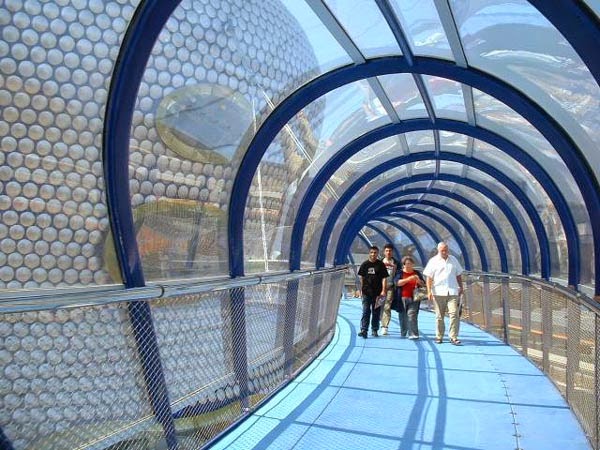 Covered in 16,000 spun aluminum disks, the irregularly shaped building follows the configuration of its site while allowing glass openings for access and daylighting. While the solid exterior is beautiful in its uniqueness, it poses problems for the architects in breaking the mass, the openings unrelated to the spun disks, though they are successful at ground level below the aluminum cladding. Another problem, or potential problem, is the longevity of the disks in terms of adhesion and cleanliness. If disks fall off over time it will be noticeable since it is all 16,000 disks together that give the exterior its appeal, as well as their brightness and reflectivity.

Inside, the four-story department store is dominated by a central atrium that follows the exterior in its irregularity. Natural light pours in through skylights above, extending all the way to the first floor. Helping to create a pleasant internal environment, studies have shown that increased daylighting equals increased sales, so the atrium is justified both architecturally and economically. While the interior can't live up to the exterior it doesn't need to, since it would probably overwhelm the consumer. Ultimately, its relationship to the city is stunning, guaranteeing that Selfridges will become a symbol of Birmingham. 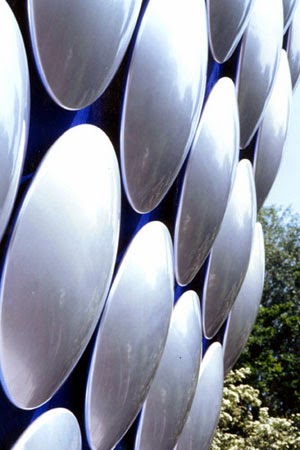