Photographs are courtesy of Javier Salmones. 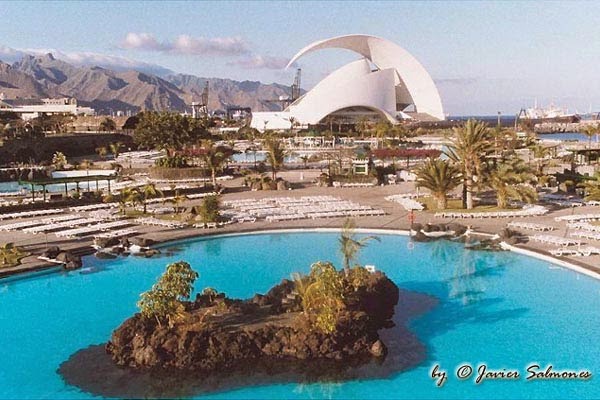 Before the official opening of Frank Gehry's much anticipated Walt Disney Concert Hall in October, Santiago Calatrava's Tenerife Opera House in Santa Cruz, Tenerife will open to the public. With its inauguration on September 27, the Opera House will bring attention both to the city of Santa Cruz and the Canary Islands, a grouping of seven islands west of Morocco. An autonomous region of Spain, the islands are known more for its nightlife and beaches than for cultural amenities, though surely this building is an attempt to infuse the islands with both high culture and world-class architecture. 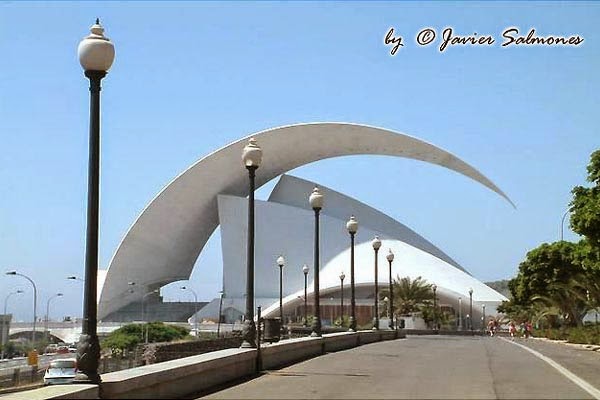 The enormous amounts of press given to the Disney Concert Hall in Los Angeles, California can be attributed to various reasons, including the lengthy design and construction process and the concomitant financial concerns, the architect's stardom and his success in Bilbao, and the Hall's family name and its associations. With each of these newsworthy items, the design takes second stage, especially since its inception occurred in 1987, before the design for the Guggenheim and other buildings since completed. In relation to his other work it will be seen out of order, though it will be judged on its aesthetics, its acoustics and as a product of one of the world's leading architects. 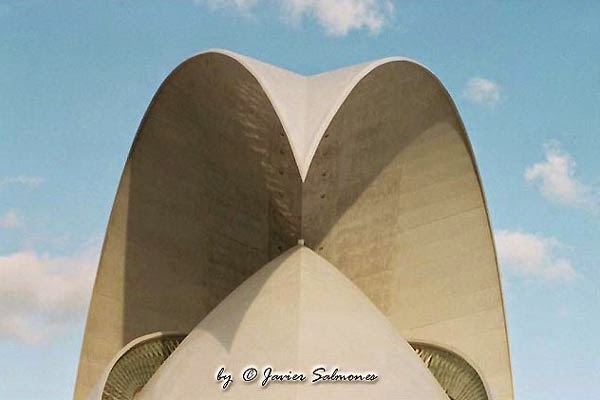 Similar consideration will be given to Calatrava's design for the new home of the Tenerife Symphony Orchestra. Aesthetically, the Opera House follows from sculptural studies that Calatrava investigated earlier in his career. With an absence of program and scale, the sculptures were useful for the architect/engineer to develop novel forms generated from the study of forces. This investigation lead to the dramatic, symmetrical form of the building, an engineering marvel in concrete and stone. His method is contrary to Gehry's, whereby designs like the Disney Hall, embody artistic intuition instead of engineering skill, though each creates objects of unique beauty. 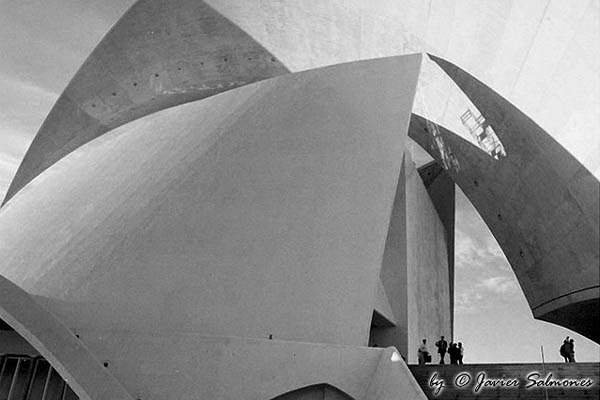 Sited on nearly six acres next to the ocean, the building seems to rise up and over itself in the form of a wave from the waters below. Two auditoriums, totally 73,000 s.f. with a capacity of over 2000, is contained under the wave, as well as administrative offices, below-grade parking and a public plaza. Acoustically, the two halls were designed to be adaptable to different performances and situations, with openings that can be closed for the ideal treatment. Although the building will be the permanent home of the TSO, upcoming events include plays and even conferences that justify the variability. 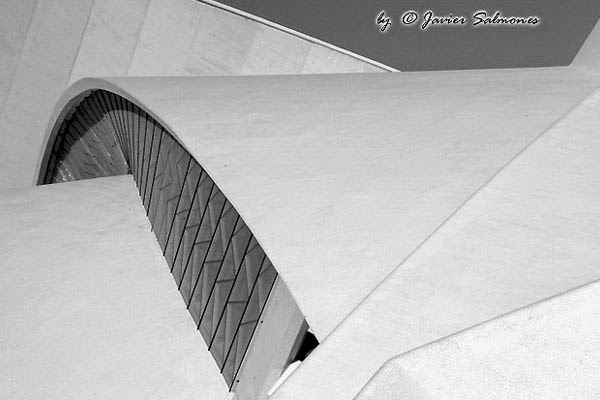 In relationship to Calatrava's previous work, the Tenerife Opera House sees both an increase in scale and variety of program for the architect who started with small commissions and bridges as his forte. With his architectural style suited to long spans and repetition it's not surprise that he has done train stations and airports, but this building is his first concert hall. Its design definitely says, "Calatrava" though the resemblance to skeletal forms of his previous work is less evident. Instead the graceful form is something unique entirely, resembling a wing but not necessarily modeled upon one. 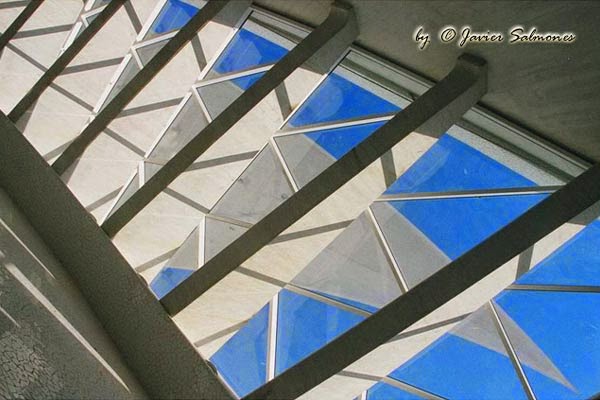 Recently completed buildings, including the Milwaukee Art Museum and the City of Arts and Sciences in Valencia, Spain, have given Santiago Calatrava increased exposure internationally. His recognizable, unique structures, like Frank Gehry's, have the potential to attract attention to their locales and their companion cultures. This trend toward architecture as attractor to improve economics via tourism has its good and bad points. The emphasis on architecture is refreshing with a potential to educate the public about their surroundings, though the importance of "cutting edge" architecture may detract from the importance of a building's relationship to the greater context and intelligent thinking about urban design. 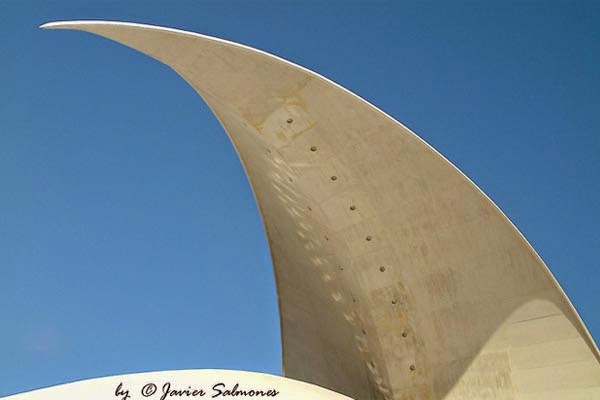 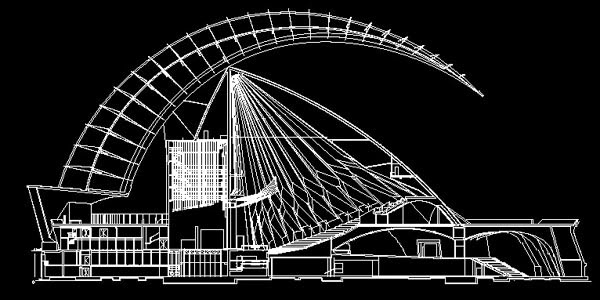 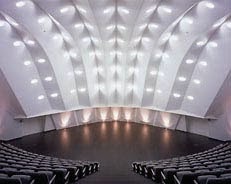