The appeal of small structures is undeniable. Often architects use smaller commissions as testing grounds for new ideas. The public is able to digest these "follies" easier than larger buildings, the latter of which may be controversial for their break with tradition on such an imposing scale. But small structures, like bus shelters, newspaper kiosks and pavilions, can be striking in their novelty yet unassuming in their scale. The Ferry Shelter in Tiree, Scotland by Sutherland Hussey Architects uses its scale to perfect effect as a striking object in the landscape. 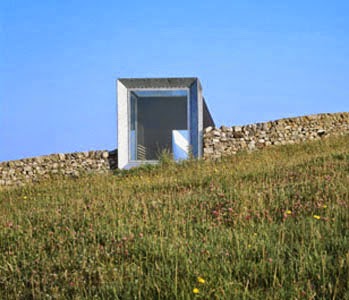 The long, narrow shelter is composed of three elements: white walls, a bridge, and a glass box, the latter facing towards the water and the nearby pier. Both the white walls and the bridge act as path, leading one toward the glass box shelter which projects slightly from a traditional, dry stone wall. The architects intended the shelter to "reflect the qualities of the island", as the white walls cut through a grass mound, the bridge traverses a stone circle and the glass box relates to the water beyond. In essence, through its interaction with the earth, it becomes a miniaturized landscape in three parts. 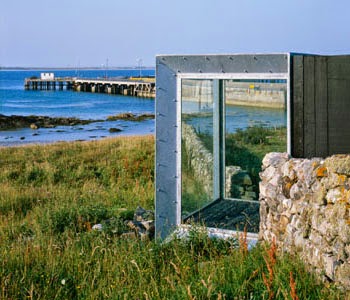 The Royal Incorporation of Architects in Scotland's (RIAS) was so impressed with the small structure that it awarded it the Best Building in Scotland Award for 2003. The jury described the Scottish Arts Council-funded project, also called An Turas (The Journey), as "small, simple, sophisticated, reticent, refined and rigorous...a stunning architectural experience". As well, the jury praised the shelter's impeccable detailing.

Intended as a shelter, more so An Turas becomes a place to experience the beautiful landscape of the island, especially the striking sunsets, as shown in the image at left. From the open-roof beginning to the glass box framing the surrounding and providing respite from the rain, the small building exquisitely relates to the landscape and elevates waiting for the ferry into a poetic act. 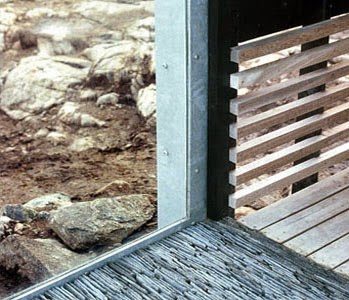 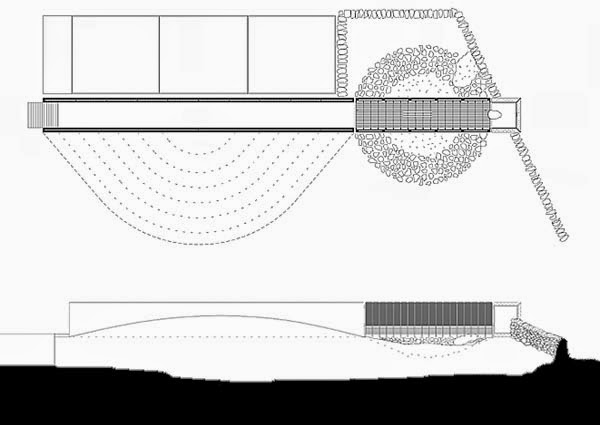