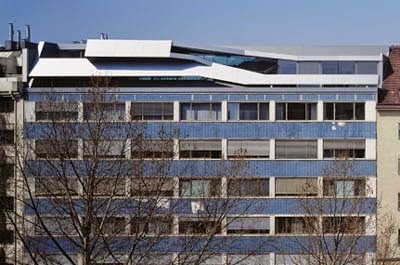 Austrian architects Roman Delugan and Elke Meissl of Delugan_Meissl Architects recently completed a penthouse in the Wieden District of Vienna that has become a much talked about addition to the historic city. House Ray 1 sits atop a 1960's office building in a bold manner that recalls Coop Himmelb(l)au's Rooftop Office in the same city years earlier. But while the latter uses overt structure for its expression, Ray 1 is more stealth-like, using folded planes to generate the internal spaces through external variance. 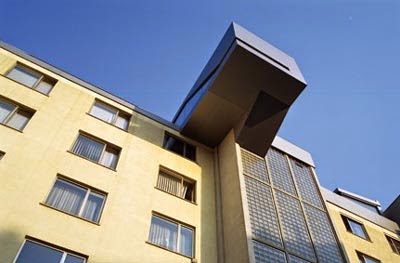 Ray 1's relationship to the city takes place on the front facade and rear facade, at left. Dictated primarily by the strict building codes of Vienna, the front facade is dynamic in form and horizontal in emphasis, relating to the neighboring buildings via setbacks and alignment with roof lines. Unlike the front, the new rear stair juts out perpendicular to the existing facade, defiant yet internal to the block and removed from public view. These exterior, aluminum-clad forms are the boundary of the interior spaces but also various outdoor spaces open to the city and the sky. 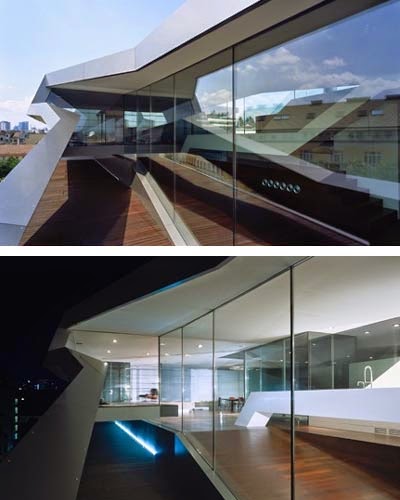 The folded exterior continues inside to create loft-like spaces that attempt to integrate architecture and furniture into one. For example the platform for the bed in the bedroom/bath area appears to be an extension of the exterior wall, creating an integrated space but also one with a vertiginous view. Each zone of the residential penthouse is separated from the others through variations in verticality rather than the typical partitioning of rooms via walls. Therefore certain zones become more intimate than others depending upon their uses with the kitchen acting as a hub upon which all spaces flow. 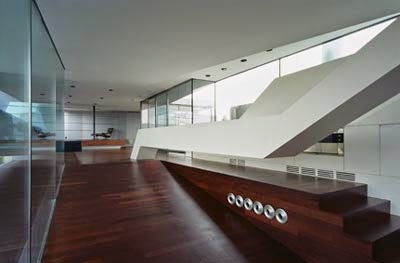 It is apparent that the dynamic exterior isn't solely for show. All the spaces inside have the characteristic of movement, be it through the flow of space around objects or the finishes of wall surfaces. Luckily the architects created the aforementioned terrace spaces as well as a relaxation zone, helping to alleviate what may become an overwhelmingly environment for daily life. These spaces afford the occupants a potential tranquility where they experience the city and nature from the comfort of their glass and metal rooftop. 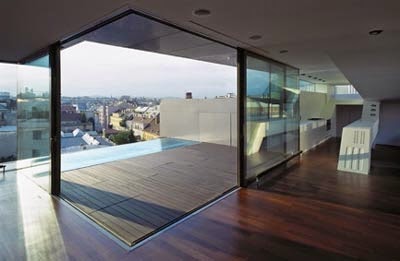 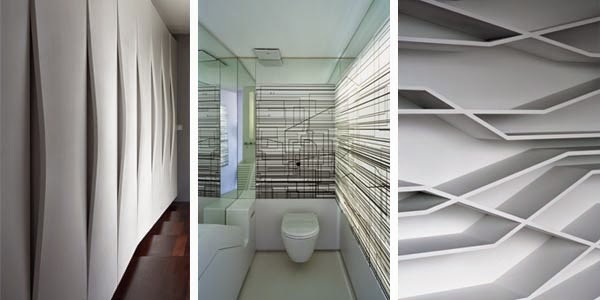 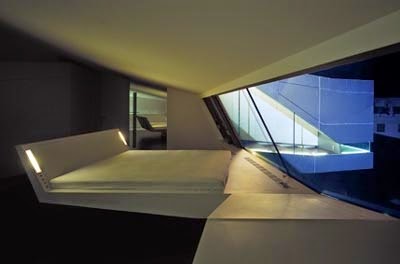