The following images and text are courtesy Louise Braverman for her design of the Chelsea Court Apartments in New York City. 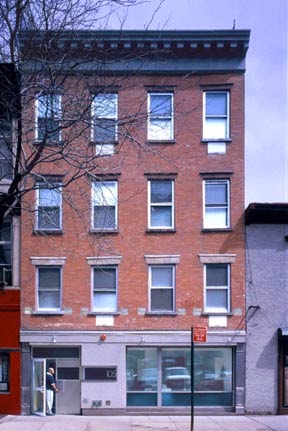 In the early 1990's Chelsea Court, a SRO on the brink of collapse, was used as a crack den. Over time, the neighborhood grew weary of the street crime which goes hand in hand with a neglected building. Frustrated with the city's lack of response to the problem, Block Association members finally called former Mayor Rudolph Giuliani on his weekly radio show. That call turned the tide and the city took possession of the building, mandating that the property be developed into affordable housing for New York City's disadvantaged residents. The 17th Street Block Association invited Palladia (then Project Return Foundation) to develop the building into supportive permanent housing for previously homeless and low-income tenants. 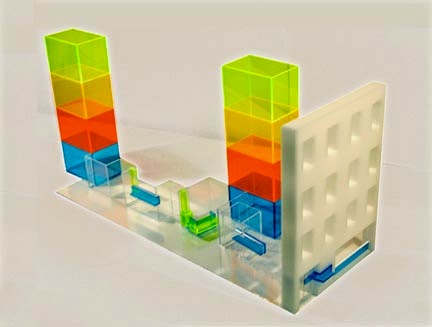 The design of Chelsea Court, an affordable housing project specifically planned for 18 previously homeless and low-income New York City tenants, is a tribute to the belief that aesthetic environments enhance the lives of all people, rich or poor. Community facilities including a lounge, conference room, laundry and offices complement the layout of studio apartments. Today after a total gut renovation where every square inch has been designed with an economy of means, Chelsea Court is an environment where tenants can live comfortably and seamlessly become part of their new neighborhood. 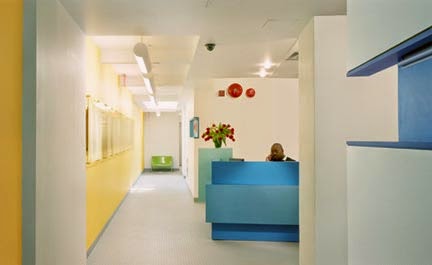 The lives of the inhabitants are open to the street, the internal garden and to the community around them. The "blue ribbon" of translucent glass on the streetfront travels inside the skewed public corridor in the form of metallic blue display niches, past a cubic metallic blue and green security desk and up the chromatically sequenced glazed concrete masonry blocks of the stairwells. Indoors and outdoors merge; the roof garden is part of the apartments and the street is part of the office. An art wall displaying a 2'x 25' photomural of an outdoor image of Coney Island runs through the interior public corridor. 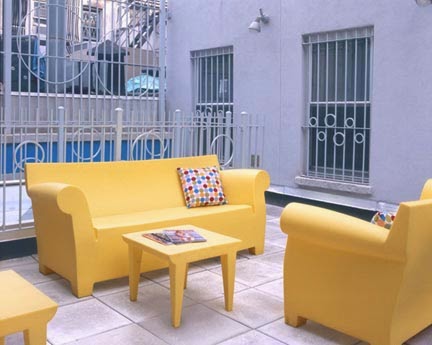 In 2003 Louise Braverman, Architect received an AIA New York State Design Award for the design of Chelsea Court. It is also the only low-income housing project from the New York metropolitan area to be included among the 18 projects selected to be in the Affordable Housing: Designing an American Asset exhibition at the National Building Museum in Washington DC. The show will run from February 28 to August 8, 2004. 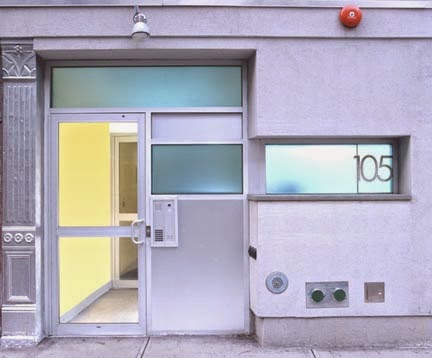 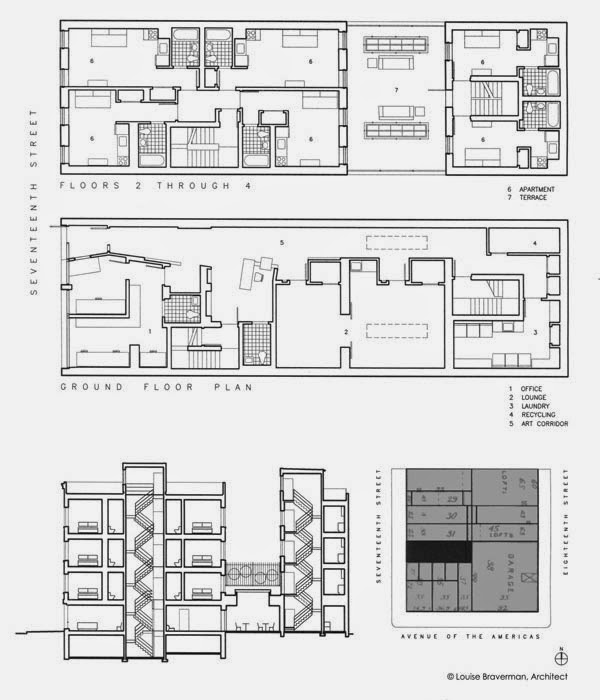