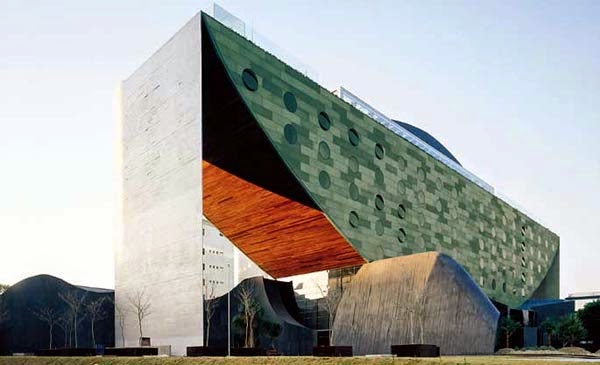 Brazilian architect Ruy Ohtake has created a landmark for the city of São Paolo, in the form of an inverted arc, the Hotel Unique. A combination of formal bravado and functional imagination, the striking building is reminiscent of Oscar Niemeyer's sculptural designs, while also being a cleverly postmodern design. 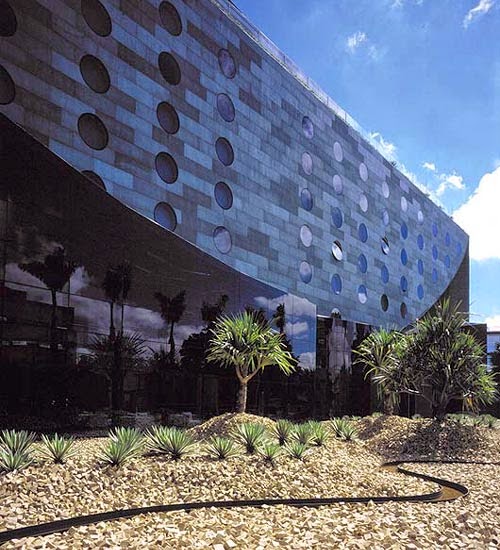 Containing 95 rooms over six floors, the building's form locates more rooms near the top to take advantage of views of the city. Porthole-style windows pivot open, almost announcing the presence of somebody in their room. The exterior palette is simple, the copper cladding on the vertical faces, a wooden underside to the hotel mass, and concrete end walls supporting and stabilizing the building. It's in this last piece that the design finds its postmodern expression, as the concrete walls appear too thin and tall to serve their use; the center core achieves additional structural support to create this jarring effect. 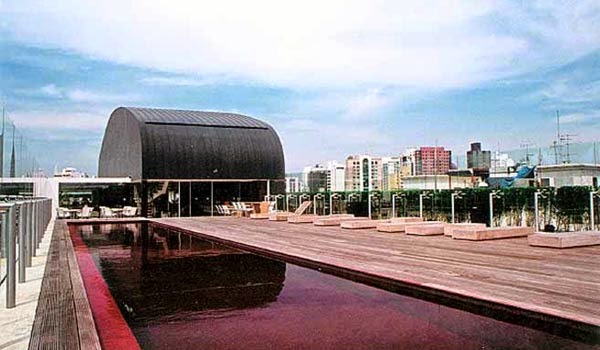 While the building's form allows more rooms near the top, another justification is the large roof terrace that's created. A pool and bar allow visitors to lounge, drink and catch views of São Paolo under the clouds and stars. 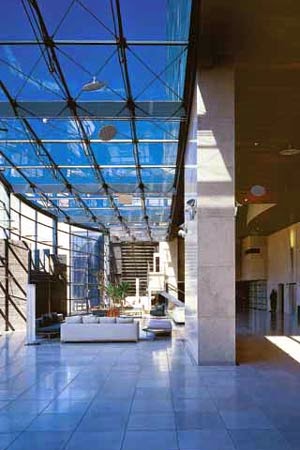 The lobby, and especially its light-structured glass ceiling, are subservient to the exterior form of the building. As one enters the space, they are given a view of the copper-clad wall above, reiterating its effect. Ruy Ohtake has possibly created for São Paolo what Frank Gehry created for Bilbao; a striking building to attract tourists to an underappreciated city, though this time visitors can spend the night in the architecture.

(Thanks to Marc T. for the heads up on this week's dose.) 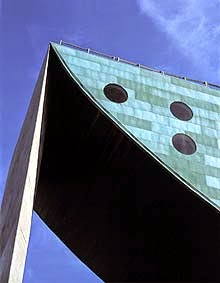 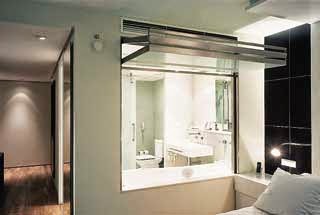