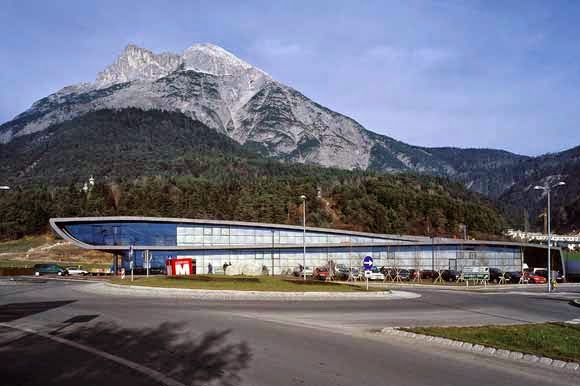 M-Preis bills itself as "The Seriously Sexy Supermarket". With my knowledge of German nonexistent, my perusal of their unique web site focused on the imagery, which includes various presentations of the supermarket's wares, employee photos, cartoons, e-cards, and various other diversions, but also images of their stores. Besides this store in Telfs, Austria by Peter Lorenz Architekt + Partner, the company has a store in Innsbruck by Pöschl and Bleser, one in Wattens by Dominique Perrault, one in Weissenbach by Giner & Wucherer, and one in Wenns by Köberl & Tschapeller, all of them progressive in different ways. 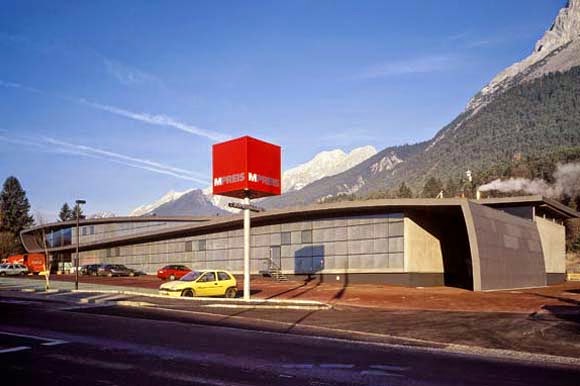 Consistencies between the various store designs include one-story spaces (typical of most supermarkets to make shopping and stocking easier), generous glass areas, large opaque surfaces (roofs and walls), and large, open interiors. These simple considerations follow from M-Preis's sensitivity to the surroundings, both natural and manmade. In Telfs, the facade facing the roadway is translucent, both to reduce the southern sunlight entering the space and to focus the view away from the roadway to the opposite facade and the tremendous view of the mountains beyond. 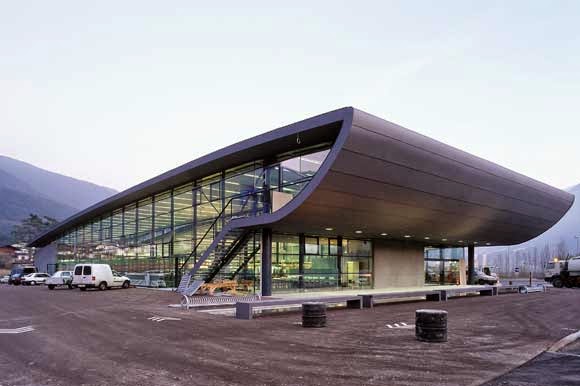 The opaque surfaces in Telfs are the most important part of the store's design. Metal panels wrap a continuous ribbon that raises from the ground at one end, extends horizontally on a gentle curve to the other end where it bends up and back upon itself to end next to its origin. Glazing is located between this continuos ribbon, set back at a slight angle that amplifies the reading of the ribbons meandering path while also creating shadow lines. 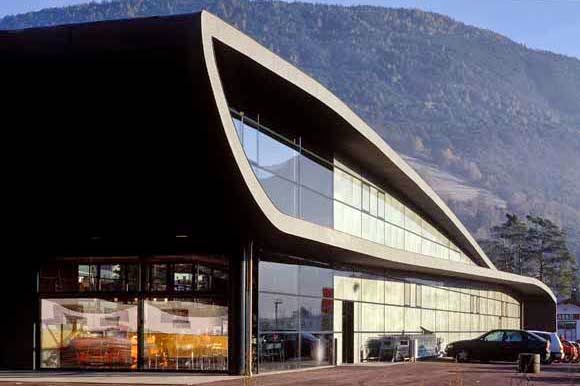 Just as this continuous surface gives the store its exterior image, the roof's effects are as dramatic inside, as the ceiling follows its gentle curves. The large space is broken down roughly in half by the roof's inverse surface, along the length of the building. If the building is "seriously sexy" it is inside where it happens, where the flowing curves of the roof embrace the consumer and the goods between glass and nature. 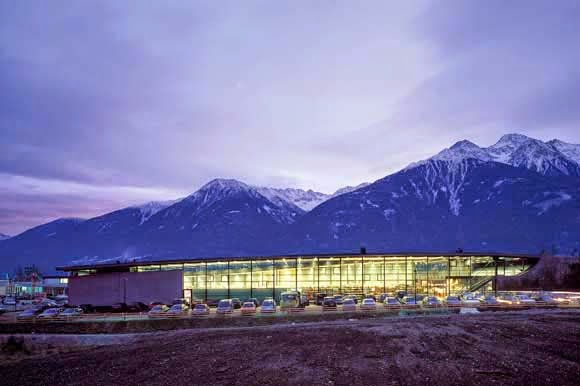 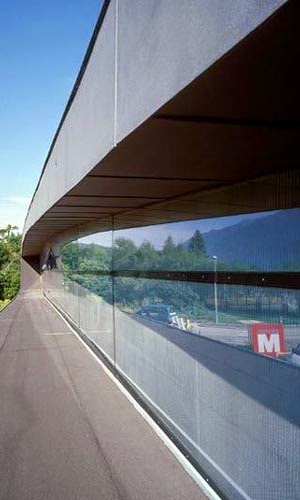 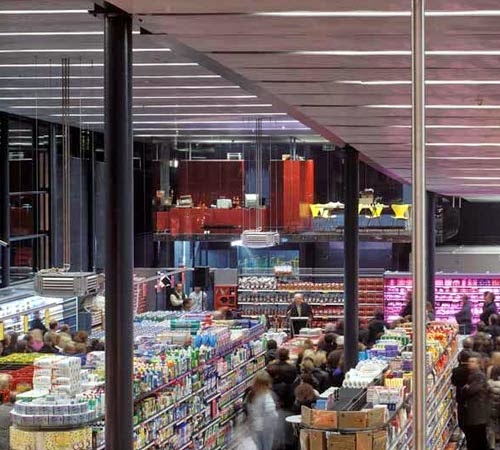