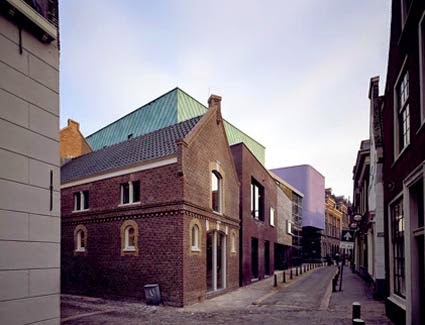 In 1996, cartoonist Joost Swarte made a series of sketches for a new home for Toneelschuur, a firm that deals with contemporary theater, dance and film, located in Haarlem, Netherlands. These colorful sketches illustrate the company's desires: to relocate to a historical part of the city with low-scale structures, the creation of separate components for each function, and a playfulness that would contrast with the historic fabric but also become an identity for Toneelschuur. 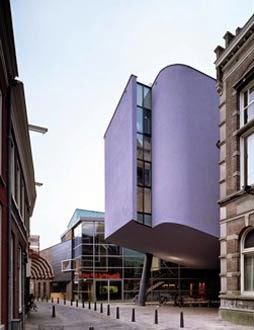 Swarte and architect Henk Döll (at the time with Mecanoo but now with his own office Döll - Atelier voor Bouwkunst) snaked the new building between existing ones via a clever, yet very simple plan. The two dance theaters are arranged along a line that extends from the main entry to the back of the site, with one theater placed on either side of the line and shifted to one end, their final location based on their size and the site conditions. Back of house areas for each theater are placed on the outer edges with the two small film theaters located above the entry. 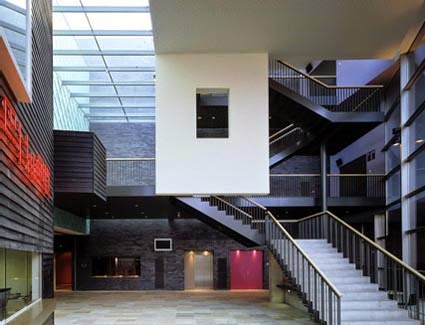 The primary, street entrance is both the project's main identity and its locus of activity. With the two film spaces raised above the entry, as mentioned, the architects took full advantage of this and created a sculptural prow that juts out to the street. Once under this and inside, generous double-height spaces allow for the spillover from theatrical performances while also using stairs and lookouts for additional people-watching, a natural extension of the performances inside. 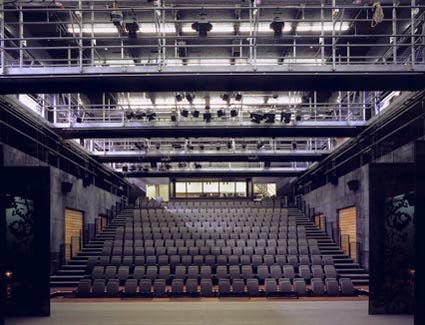 The theater spaces are simple, sparse, and straight-forward, fulfilling their function without drawing attention away from the performances, a reversal of the public spaces that is definitely appropriate. In each case the architecture sets up the performance, be it staged, impromptu, or just a simple matter of watching people. 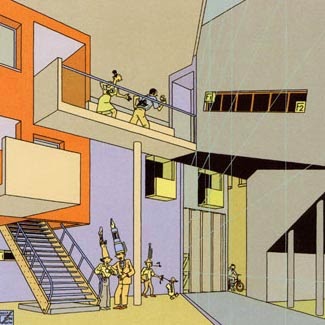 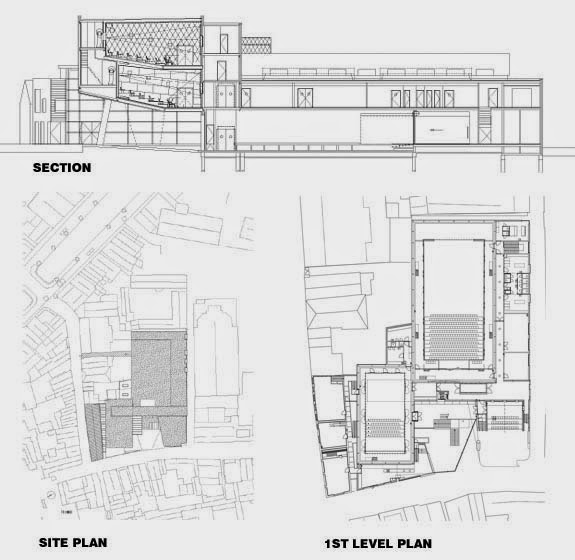 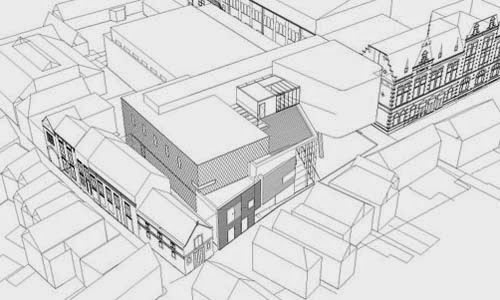