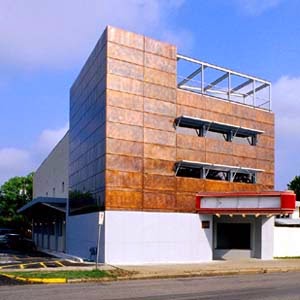 When Miró Rivera Architects approached the renovation of the Old Austin Theater (1939) from an adult theater into office space for a software company, rather than obliterate any sign of the site's previous incarnation they chose to keep one unmistakable element, the marquee. Projecting like an alien appendage, the blank marquee, with lights, gives the design a touch of whimsy that would otherwise be missing. 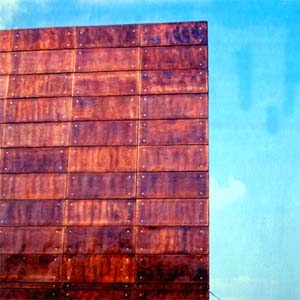 According to the architect's web page, the other goal in the design, besides keeping a defining characteristic of the previous use, was to, "engage the building in its prominent urban condition through the creation of a strong, copper-clad corner." The copper panels are sized to the existing marquee, but any overt relationship to the existing building stops there, the exterior walls creating a wholly new character for the building. The two horizontal window openings, and eroded wall with steel frame above the entry, help to break up the monolithic exterior. 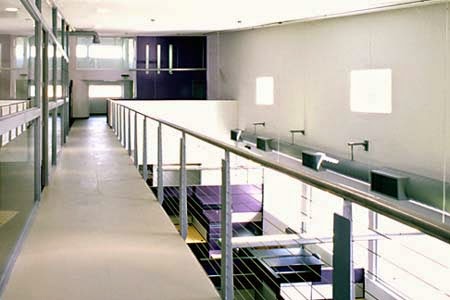 Surprisingly the interior appears much more light-filled than the minimal openings on the elevations would suggest. The ability to easily create multi-story spaces within the existing shell may help in this case. 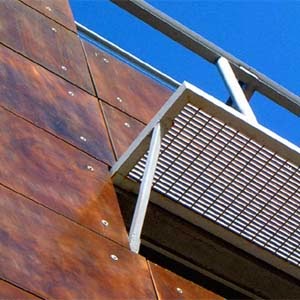 Beyond the copper facade, the most appealing aspect of the project is the disparity of old and new uses, adult theater and office space, respectively. In terms of downtown developments, renovation of buildings as uses change helps to create continuity over time, allowing people to see change while also getting a glimpse of the past, something that razing and designing anew can't offer. 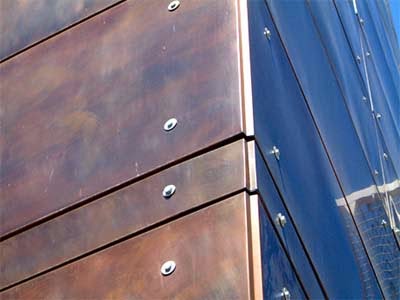