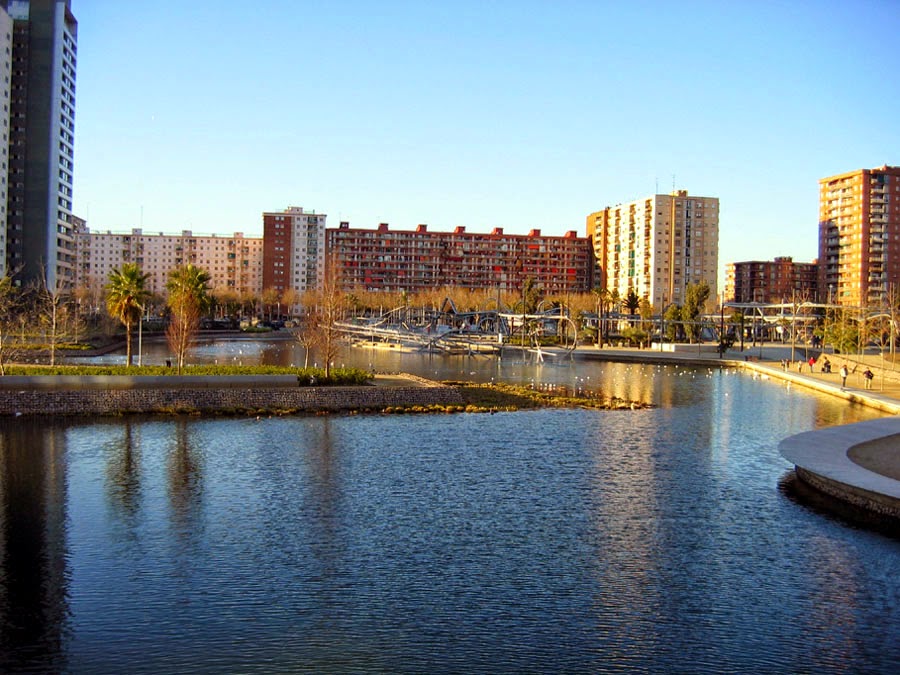 Diagonal Mar is a large urban redevelopment project centered around Barcelona's famous Avenue Diagonal near where it meets the sea. The ambitious plan includes five residential phases, a retail center, three hotels, three office buildings, a convention center and a public park. This last element is the focus here, a unique design by EMBT (Enrique Miralles Benedetta Tagliabue) that has been both praised and derided in the press. 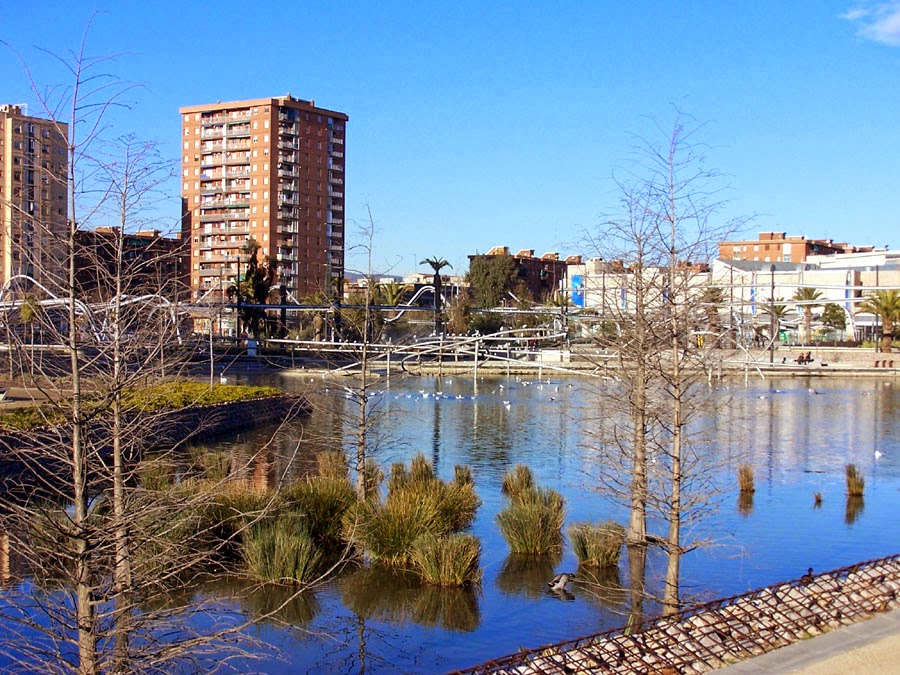 According to Diagonal Mar's website, the park is comprised of six general areas: fountains, a sports and amphitheater area, a bar, "magic mountain" for young children, a play area for infants and toddlers, and a dog area. All these uses are grouped around the generous water area that cuts through the site like the Avenue Diagonal cuts through Barcelona. EMBT's contribution to the park's design is the surfaces: the paving, the retaining walls, benches, the fountains, and so forth. 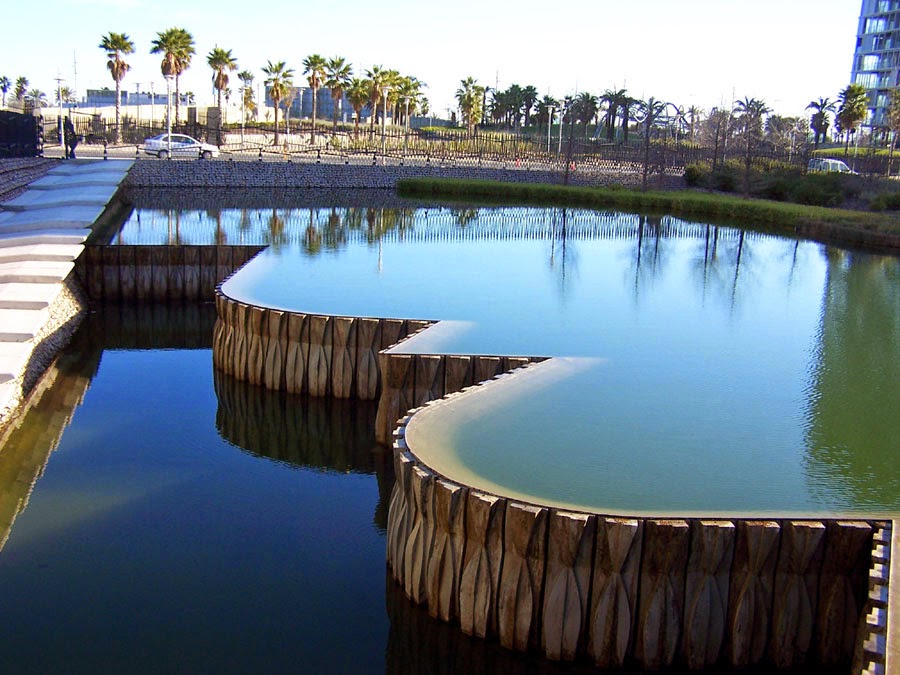 Criticism of the park stems from its perceived lack of use and its barren surroundings, criticism that can be attributed to the relatively newness of the park and its parent development. While the accompanying images also convey a lack of use, the wintertime turnout will naturally be less than the warmer months, for which it was designed. Any negative criticism thrown at the architect is questionable, for the park features many elements that stimulate activity, such as an interactive "soundscape" and the previously mentioned misting fountains. 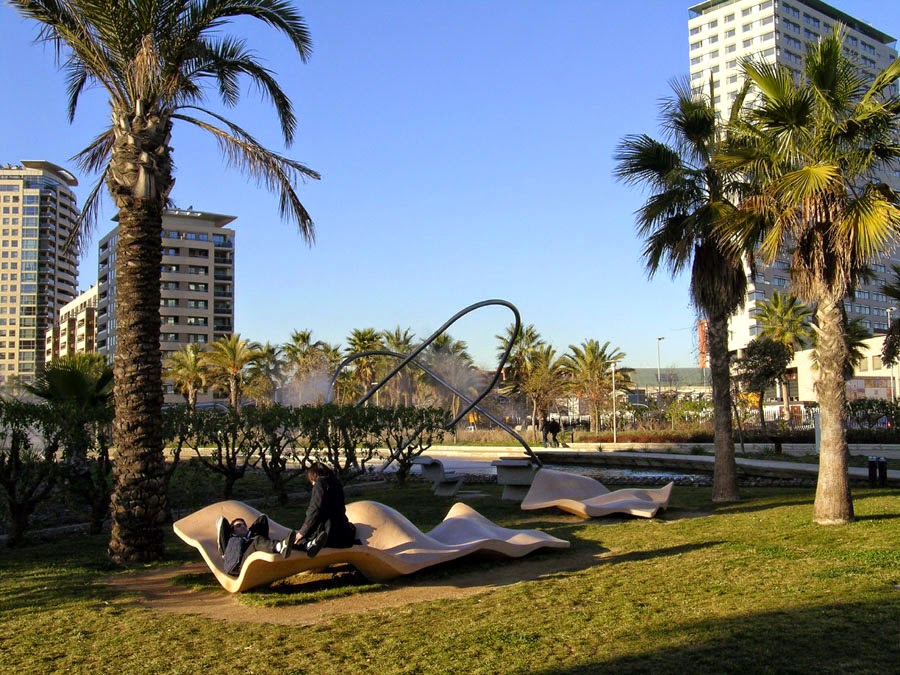 Beyond the (un)successful use of the park, one notices the artistic treatment by the architect of the different surfaces, a continuity of expression that harks back to the city's most famous architect, Antonio Gaudi, whose Parc Guell set an unachievable standard for later artists and architects. At Diagonal Mar Par, Miralles and Tagliabue - while in a similar artistic vein - don't let their design overshadow the park's landscape or its function.

Thanks to Elon D. for contributing the images. 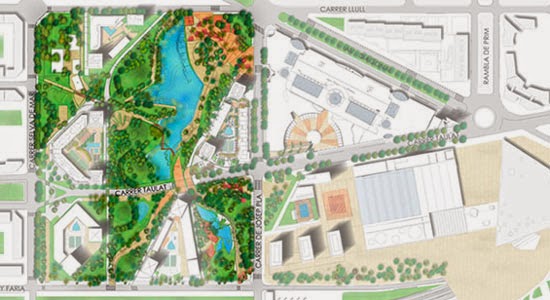 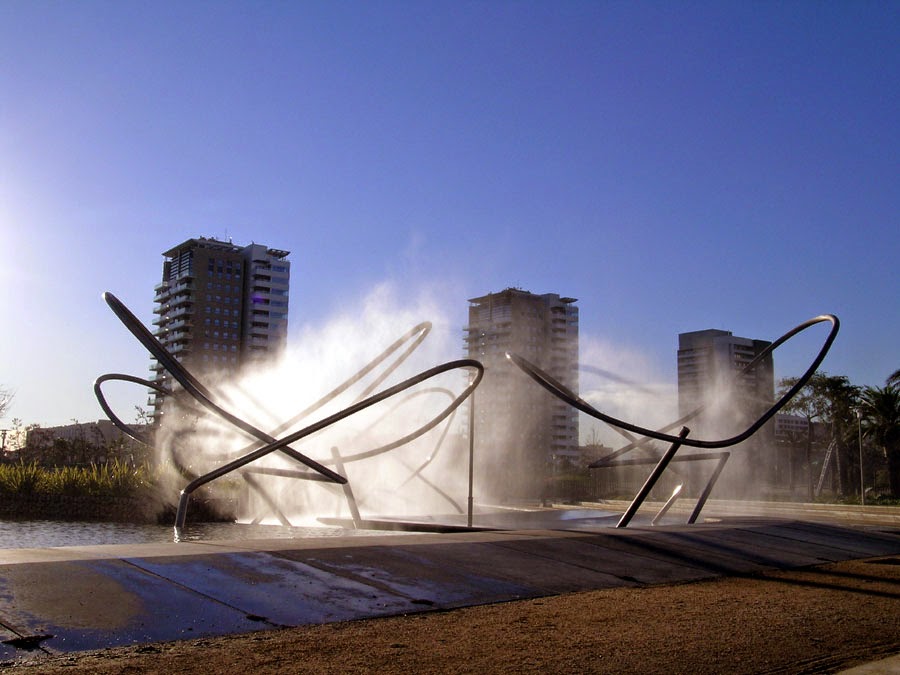 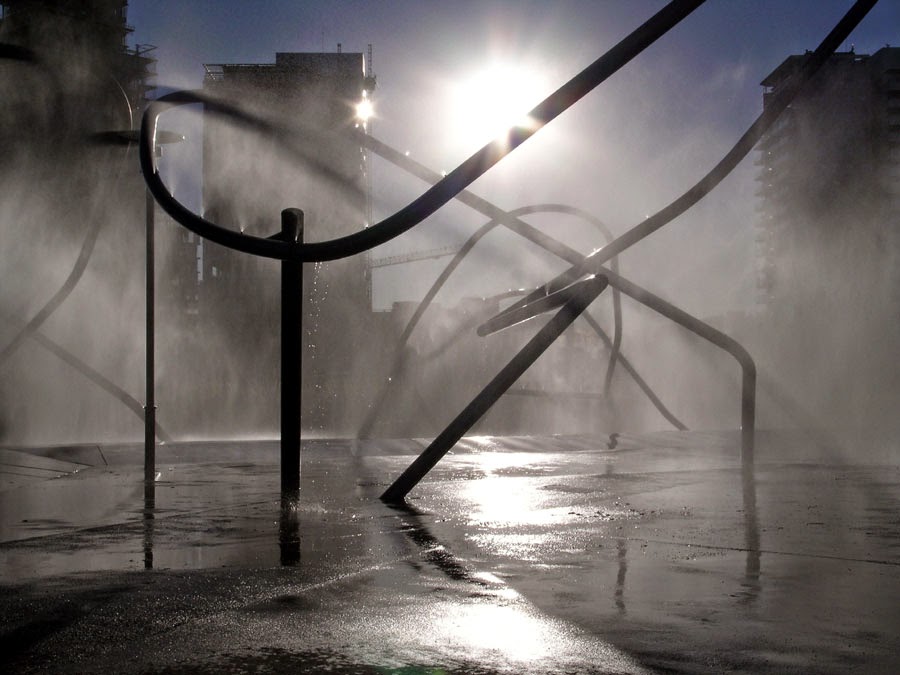 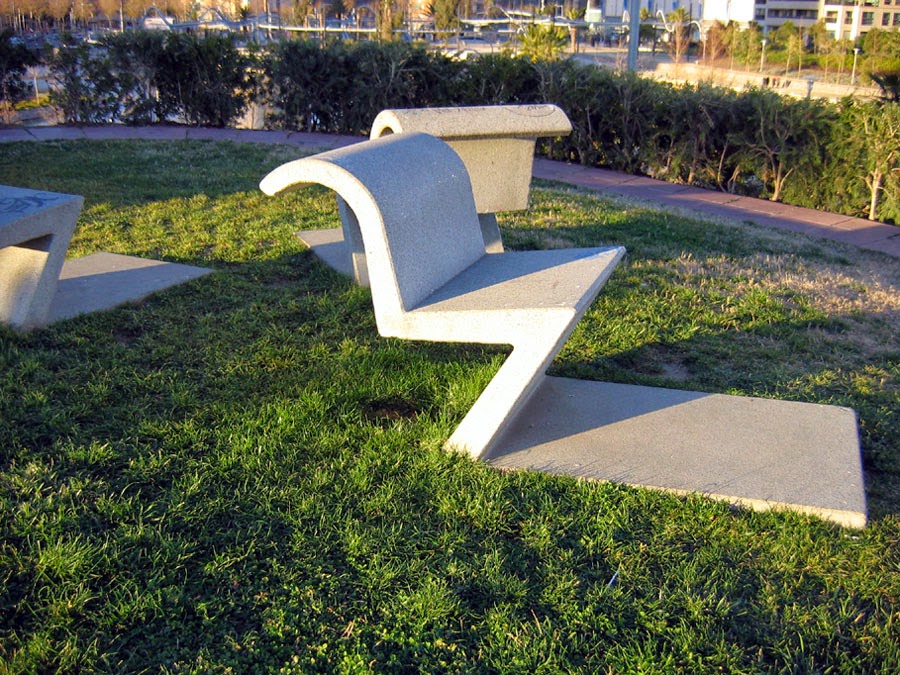 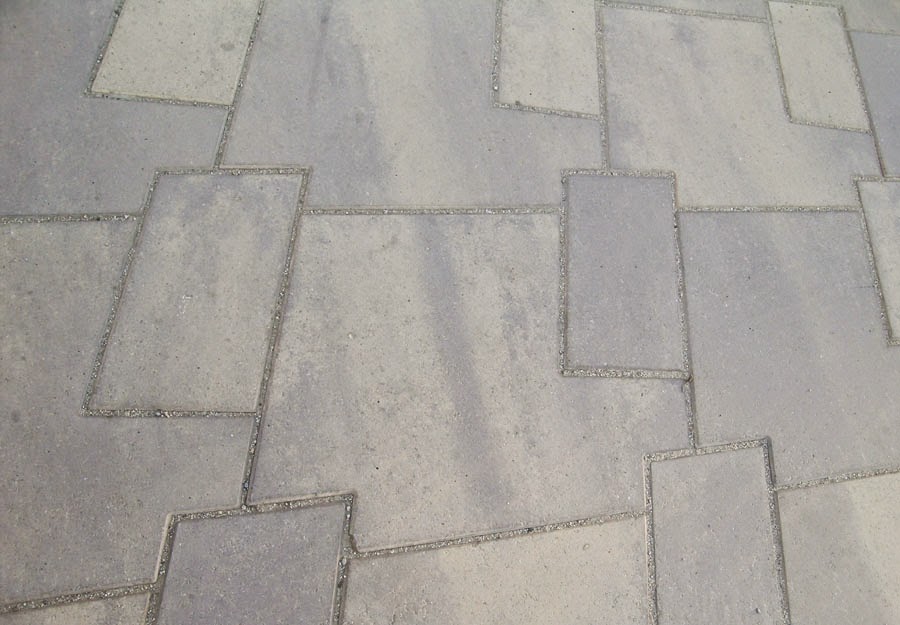