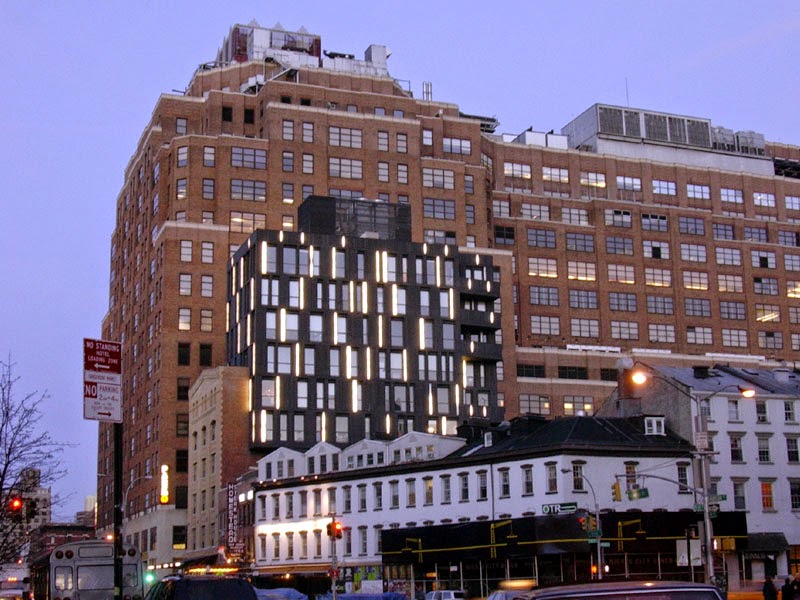 Located in New York City's Meatpacking District, a trendy section of Manhattan between the West Village and Chelsea, the Porter House Condominium by SHoP contributes to the areas fashionability. Like much of the areas recent interventions, Porter House is a renovation, in this case of a six-story, 30,000 sf warehouse. In a move that recall's Winka Dubbeldam's Greenwich Street Project, this residential development adds floors above the existing, also cantilevering over its neighbors. 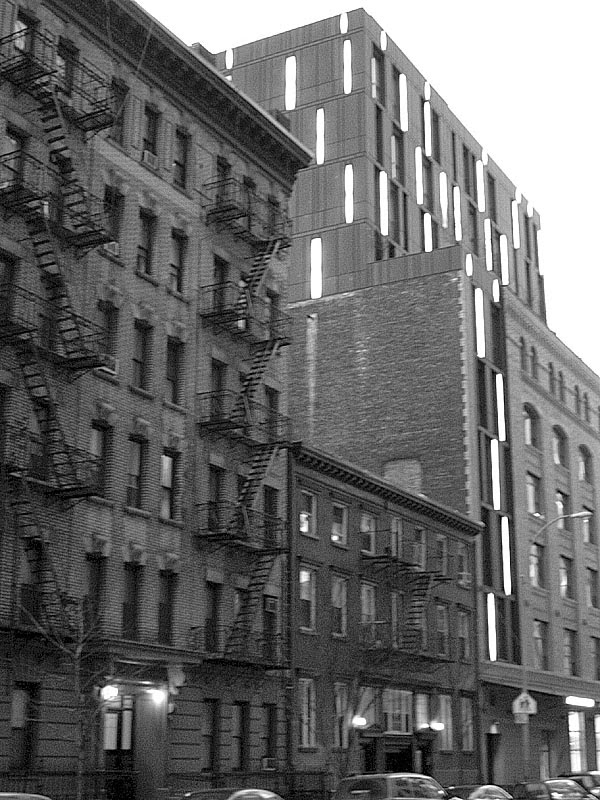 Definitely the most striking aspect of SHoP's design is the facade, one that relates to the existing variously-sized window openings while also departing from the original in its contemporary aesthetic. The exterior wall is made up of three components: zinc metal panels, full-height windows, and internally-mounted light boxes. This last element gives the Porter House Condos - named after a cut of meat to relate to the district's past - its image, particularly at night when the area comes alive with its numerous bars, restaurants, and clubs. 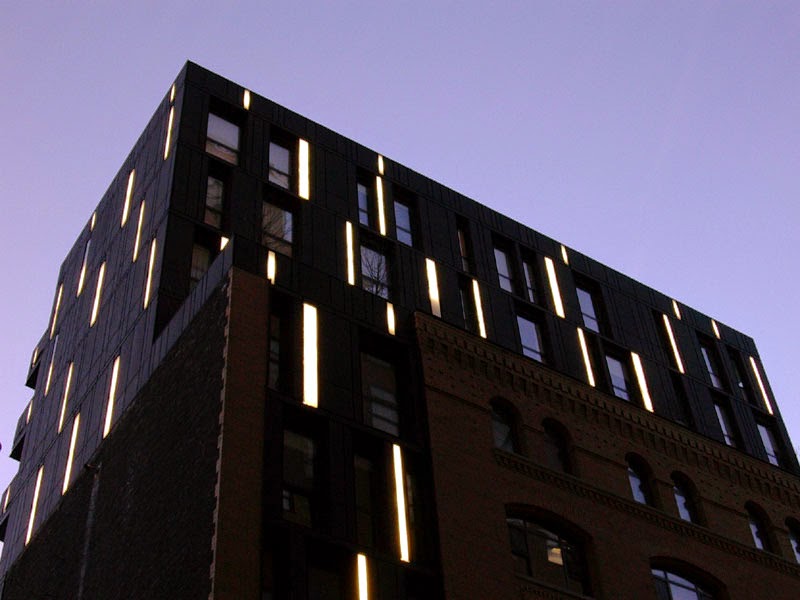 Naturally in Manhattan's pricey real estate climate, the interiors are finished and wired to warrant a starting $1.1 million price tag. Developed by Jeffrey M. Brown Associates and the architects, the 22 units range from one to three bedrooms, with a four-bedroom penthouse comprising one half of the top two floors. The floor plans don't veer far from the norm, though generous living spaces are an amenity in tight-for-space New York. 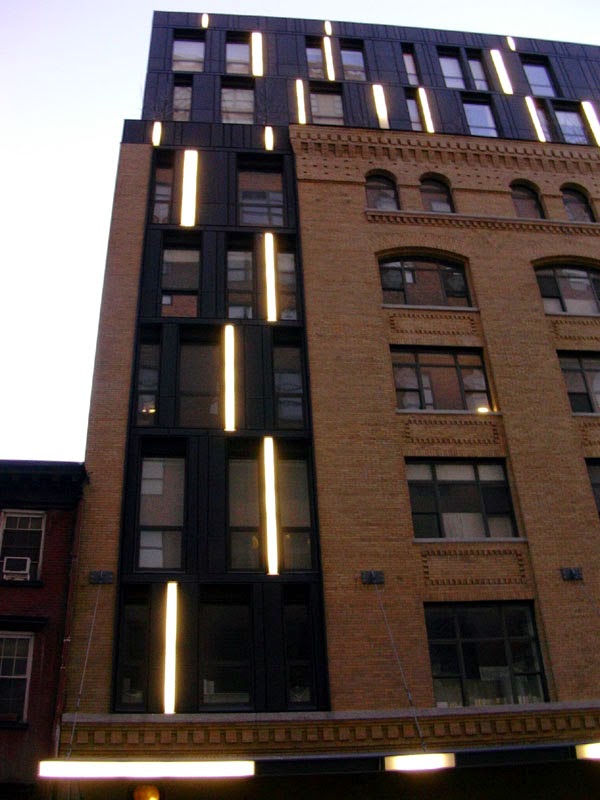 The image at left shows the integration of the old and new components, the former split at one bay on 15th Street to highlight the entry and link to the latter. A canopy, lit in a manner like the floor above, also denotes the entry, while also providing shade and shelter and relating to the area's meat packing history. Unlike other parts of the city, like SoHo, where the new has supplanted the old, in the Meatpacking District one finds these new shops, bars, and other developments co-existing side by side with the butchers and meat packers. Let's hope this co-existence outlives the area's trendiness. 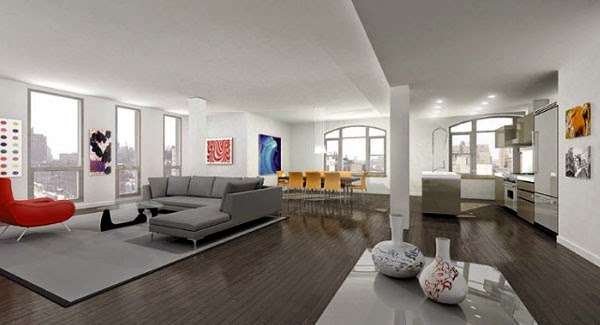 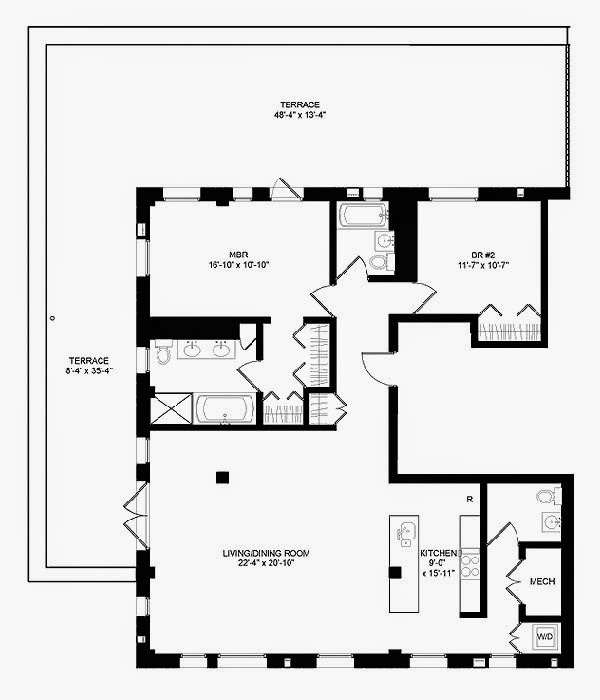