Skyscraper City has its 2004 Grand Finale Results of its Urban Photo Contests Hall of Fame here, including the winner below, Taipei 101 by Bluga. Check it out. 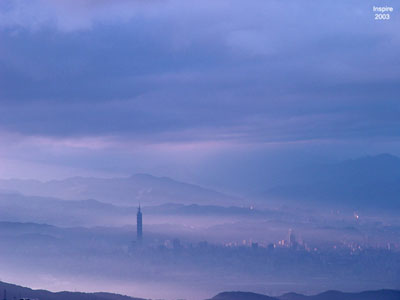 And while you're at it, check out the same site's Forum with images and discussion on Madrid's Hotel Puerta de America.

If you haven't heard of it, this endeavor is a 12-story hotel with each floor and various other areas designed by a different architect, possibly 22 involved. That list includes Ron Arad, David Chipperfield, Kathryn Findlay, Norman Foster, Richard Gluckman, Zaha Hadid, Arata Isozaki, Jean Nouvel, and others. Nouvel is responsible for the facade, made up of various brightly-colored fabric awnings resembling a couple pages from a Pantone book. 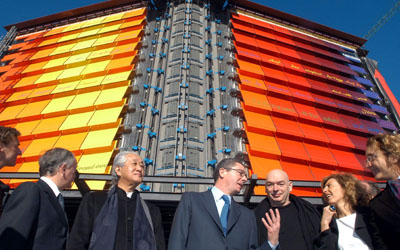 Thanks to Eric M. for the head's up, and for more coverage on this potential architectural train wreck (or wonder, depending on your state of mind) consult Archinect for many more links and The Guardian and The Independent for British angles.
Email Post