Yesterday I visited the MCA for their BIG exhibition, Universal Experience: Art, Life, and the Tourist's Eye, and I must say I was impressed. Comprising all floors of the museum and its front door, it is the first exhibition to take over all the facilities since 2000's show At the End of the Century: 100 Years of Architecture. Unlike that show, Universal Experience is starting in Chicago, usually the recipient of exhibitions started in other cities. Nice to be on the giving end for a change.

Two large sculptural installations greet the visitor outside, Elmgreen and Dragset's Short Cut ripping up the plaza, and Thomas Schutte's Ganz Grosse Geister (Big Spirits XL), three figures hanging out on a low roof adjacent to the museum's steps. The sharp difference between the two artworks sets the stage for the variety of objects and images inside.

One of the greatest aspects of the MCA's otherwise banal building is the large wall visible from the plaza through the wall of glass at the top of the steps. The curators always take advantage of the location with interesting murals and 3-d objects; in this case curator Francesco Bonami lets Jim Hodge's don't be afraid (image above) greet visitors with the phrase of the title written by United Nations members in their native language. Immediately, it's made aware that the exhibit isn't solely about tourism but also about cultural interaction on different levels.

I could go on an on about much of the artwork on display, but I'll limit myself to pieces of interest "architecturally" and the way the exhibition is laid out itself. 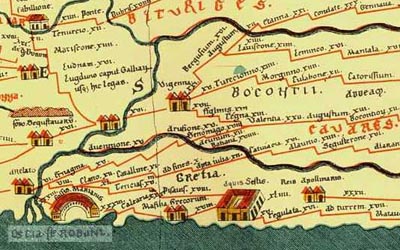 To enter the two main galleries on the ground floor, one walks under a mural wrapping the wall and ceiling by Rem Koolhaas, Robert Somol and Jeffrey Inaba, titled Roman Operating System, Project on the City (R/OS) (above). A product of their research on ancient Rome, the image is a blowup of the ancient Peutinger Table, a scroll that acted like a contemporary "Let's Go" guide. It's an appropriate, "ceremonial" archway to the exhibition's beginning. 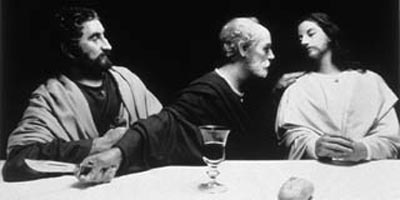 Of the two large galleries on the main floor, one contains many small pieces - most notably Hiroshi Sugimoto's photograph of a wax The Last Supper in Japan (portion above) and Matthew Buckingham's 16mm film of a man following another man around Vienna - while the other contains only two: a dark space filled with suspended displays of people waking in foreign places, and a room full of child-like models and drawings that are made by people who haven't visited the place they're depicting, going by the artist's physical description. At first I was put off by the latter, wondering what it was doing in the museum, but the idea explains not only the execution of the pieces but also some psychological aspects of how we experience and remember places, be it directly or indirectly. It reminded my girlfriend Karen of Aldo Rossi work, and given the importance of memory in his work and the child-like quality of his drawings, that comparison seems appropriate. 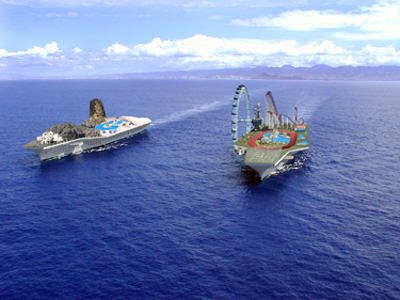 Moving into the cafe, two large murals cover the walls looking towards the museum's garden beyond. NL Architects envision two scenarios involving ships: aircraft carriers turned into amusement parks in the ocean waters and large cruise ships apparently docked inland, disturbing the tranquility of an Italian city. Titled Cruise City, City Cruise, there's something appealing about these images, be it the juxtaposition of contradictory things or the sheer joy they express.