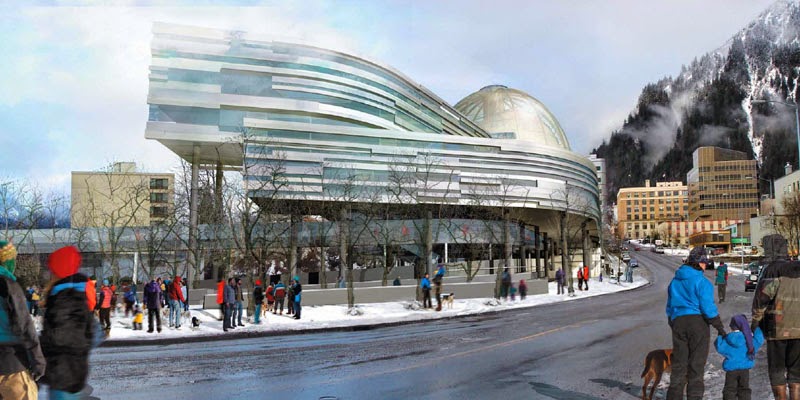 Thom Mayne of Morphosis is on quite a roll. Last year's completion of the Caltrans District 7 HQ drew rave reviews, UCLA's "L.A. Now" - led by Mayne - received the 2005 P/A Award, numerous commissions are under construction, and last week he was named the 28th recipient of the Pritzker Prize, the architectural profession's equivalent to the Nobel Prize. And earlier this month his design was chosen in a design competition for Alaska's Capitol Building in Juneau. Teaming with the local office mmense Architects, their design reinterprets the ubiquitous capitol dome in a contemporary manner. 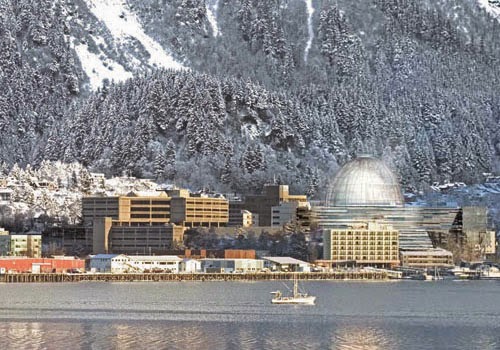 The site for Alaska's State Capitol is a prominent location at a shoreline bend in the Gastineau Channel. The architects responded to this by considering the view from the Channel (image at left) and linking their building to a waterfront park via an enclosed footbridge. Working with the irregularly triangular site, they located parking furthest inland, covering it with the "Mall of Alaska", a paved outdoor plaza with a regular grid of trees. Moving towards the water, next is the dome (more detail on the next page), and two office bars wrap the dome on either side, converging near the tip of the site but bending to create a corner plaza, the "Public Forum." Besides providing the Mall and the Forum, a generous space is left over between the Capitol Building and a nearby hotel, though it doesn't appear to be a designed part of the entry. Working with Earthscape, the landscape architects, hopefully the design team will help make this outdoor space usable and enjoyable. 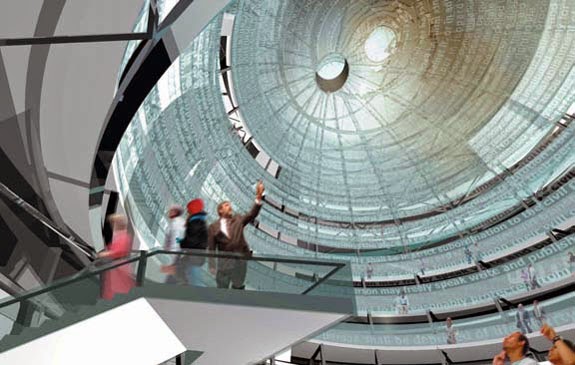 Most state capitols are modeled on the nation's Capitol Building, typically reiterating its impressive dome with symmetrical, neo-classically ornamented wings. Thom Mayne references the dome as the most important element for a Capitol, not by copying its form but by carrying the idea into a contemporary design. Like Norman Foster's Reichstag, Alaska's dome will be transparent to symbolize democracy, an inner dome visible inside that is etched with the words of the state's social contract (image at left). Given the lightweight nature of the dome's skin, a traditional cupola is not required, their function derived from heavy masonry domes that also allowed for sculptural ornamentation atop a building. The simple cap here preserves the relatively platonic silhouette of the dome's simple yet asymmetrical form, resembling an igloo as much as a Capitol. 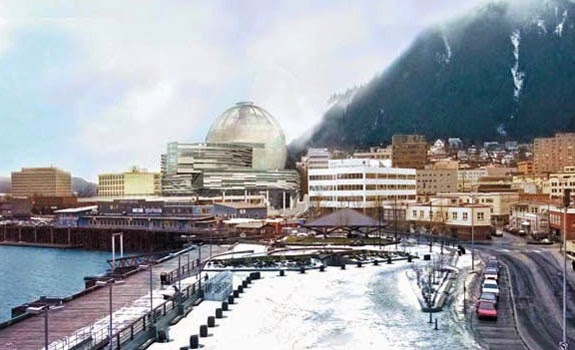 The selection of Mayne and team's design has brought its fair share of controversy, even soliciting a counter-proposal based on 19th-century Russian civic buildings. What seems to be at stake is the appropriate expression for this civic structure, something both parties believe should be uniquely Alaskan that is also tied to the other 49 states and their capitols. We've seen how the latter is accomplished via the dome; the design boards also illustrate the derivation of the office bars from the state's distinctive glacier formations and striated geology. But is this something the public will understand (without explanation)? And is this an appropriate expression for a state capitol? Given the fact the state pursued an architectural competition, Alaska must be looking for a progressive image that - in the selection of Morphosis - relates to its fellow states but also separates it from what came before. 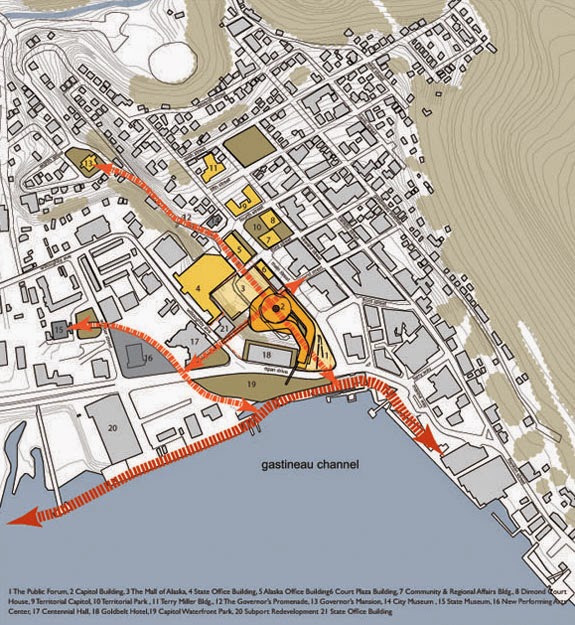 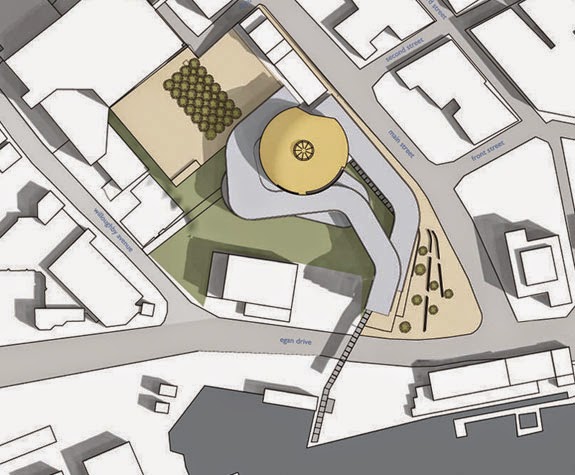 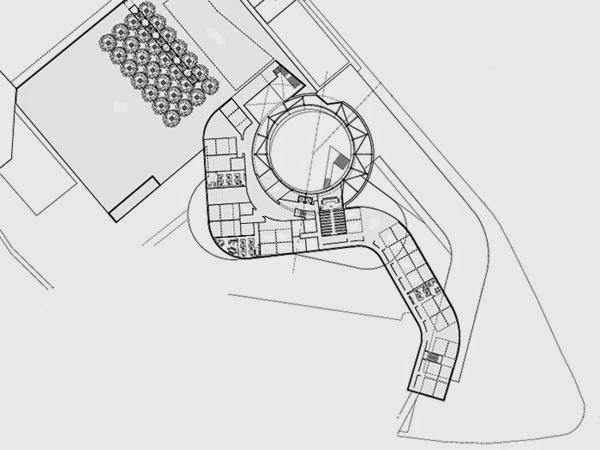