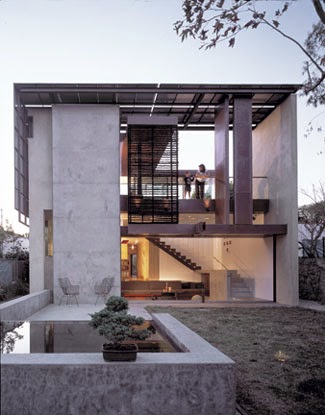 Designed by and for Angela Brooks and Lawrence Scarpa of the Santa Monica-based firm Pugh + Scarpa, the Solar Umbrella House takes its name from Paul Rudolph's mid-20th-century Umbrella House in Sarasota, Florida. Rudolph's design featured a large wooden trellis over the house that also extended over an outdoor terrace and swimming pool. Though the trellis beyond the house has since been removed, the house itself - a simple glass and steel box with a double-height living space - helps justify its label as "one of the five most remarkable houses of the 20th century" given by Architectural Digest, while keeping the design from being a one-liner that is completely dependent upon the umbrella. 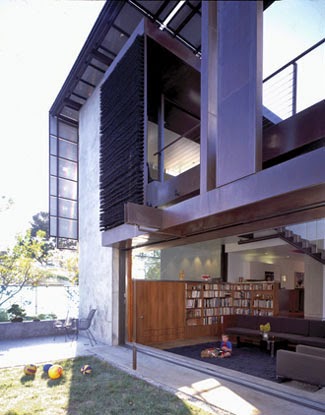 As the name indicates, the Solar Umbrella House carries the idea of a trellis to the next level, incorporating solar technology that reduces drain and dependence upon the local electrical grid (with the goal of rendering the residence 100% energy neutral) while also shading the residence from direct sunlight. This solar canopy also acts as a link between the house and the existing 650 s.f. bungalow situated on the north portion of the approximately 40' x 100' through lot. The new addition expands the residence to 1,900 s.f. and flips the main entry to the south, further taking advantage of the Southern California sunshine. 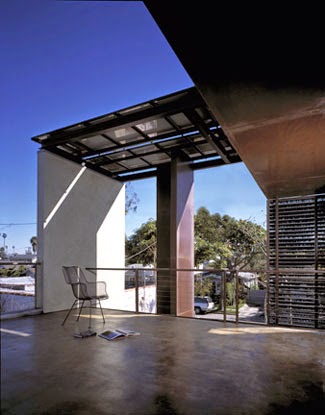 The two-story house locates most functions on the first floor: the living and dining rooms, kitchen, study, and a second bedroom. Upstairs is the master suite and a patio overlooking the front yard and partially shielded by the umbrella. In this area, the architects flexed their sustainable design muscles and used a number of industrial broom heads as vertical shading on the south face. This illustrates the creativity that went into the house's boundaries between inside and outside, a mixture of concrete, steel, and sliding glass panels that create a porous edge. 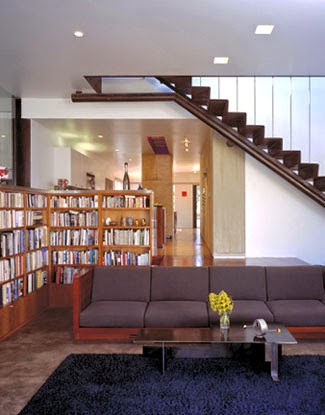 A mixture of materials are featured on the inside, though the warm wood surfaces and custom cabinetry (made of homosote - a panel made from recycled newspaper) stand out. The most attention-getting interior feature is a steel stair that links the living room to the master suite and patio upstairs. The perforated steel treads and risers allow light to filter into the spacious living area downstairs. These spaces are linked visually and with level changes that enrich the interior with an additional layer of complexity, befitting a design that links old and new physically and conceptually, both via a solar umbrella that looks towards a future of ecological responsibility. 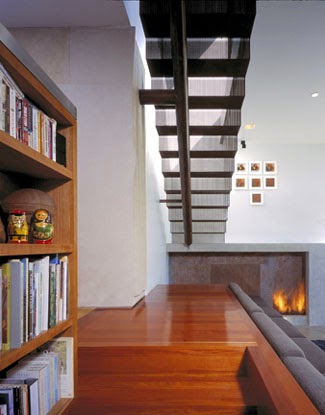 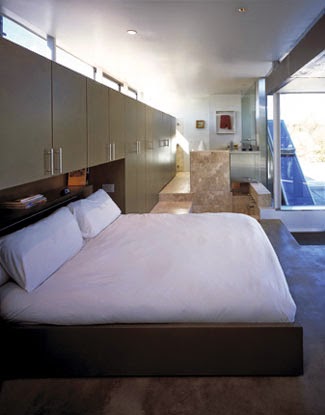 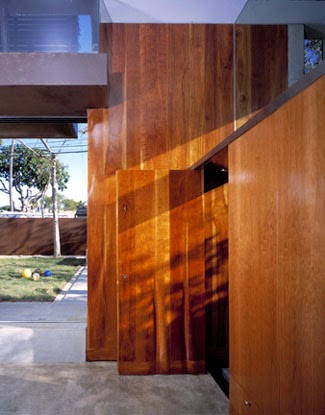 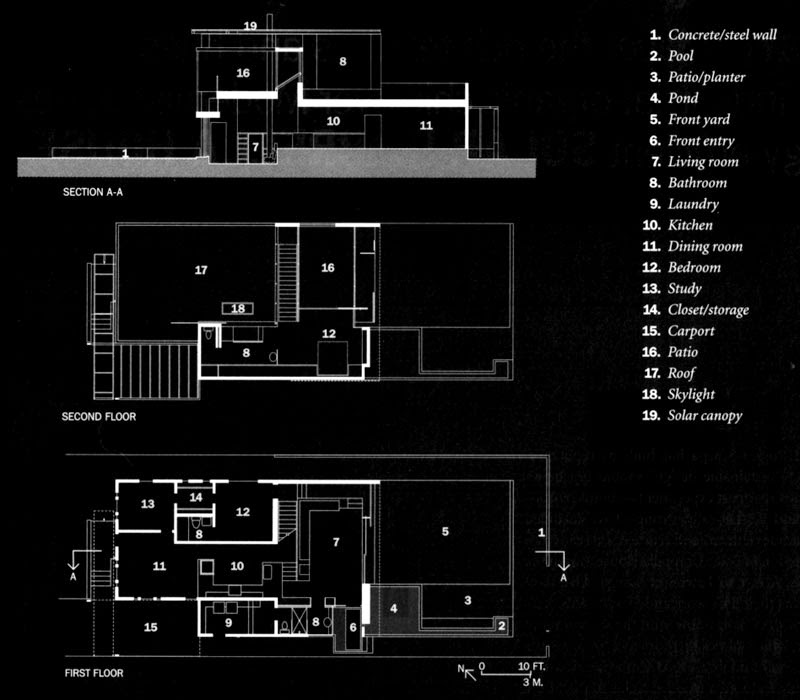