B House in Portland, Oregon by Architecture W 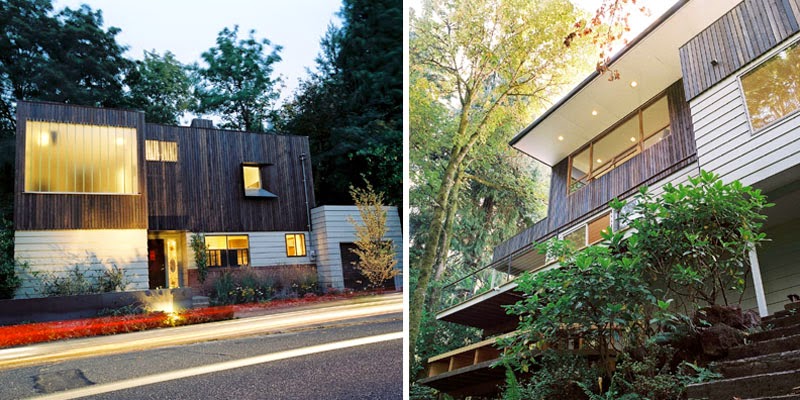 What eventually became the B House started as an unremarkable split-level ranch house that sat unsold for almost two years in Portland's otherwise hot market. Sitting on the edge of a nature preserve, the site offered a beauty the small house couldn't reciprocate, so many realtors recommended tearing down and rebuilding. But Brian White of Architecture W opted to add a new story on top of the existing and renovate the old interior, citing the quality of the original first floor plan and sustainability concerns (reuse of existing vs. demolition to reduce waste and building materials). 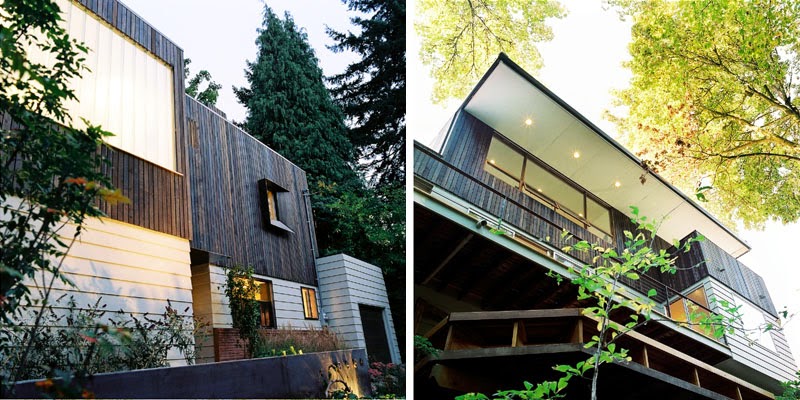 Comparing views of the old and the new, it's apparent the B House is almost a literal stacking of new on top of old. Much of the original's exterior cladding and openings were kept intact. The new level is clad in black stained cedar in vertical strips that contrast with the horizontal siding below. Further contrast is achieved with the front's flatness (almost an extrusion of the first floor with mainly flush window frames) versus the rear's depth via overlapping terraces and overhangs. A projected window on the front face alludes to the contrast. 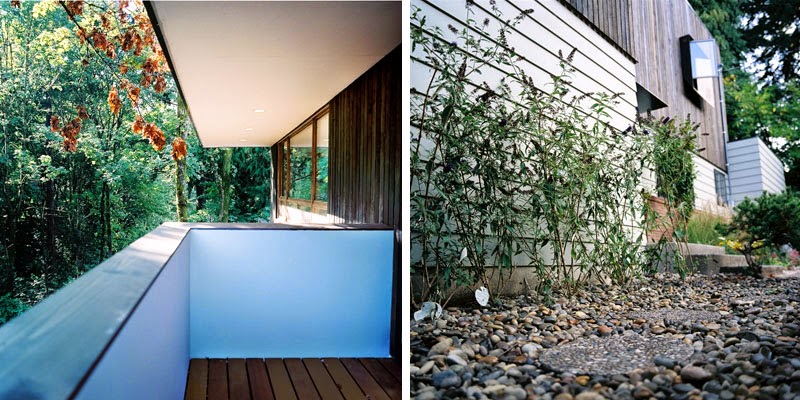 For the interior, the architects opened it to receive more natural light, focusing views to the backyard and the nature preserve beyond. They also relocated the stair behind a wall of channel glass to work with the new upper level plan that has two bedrooms and the master bedroom, the last overlooking the back. The simple interior appears light and minimal, but not at the expense of comfort and a coziness that would be a fit for Dwell magazine. 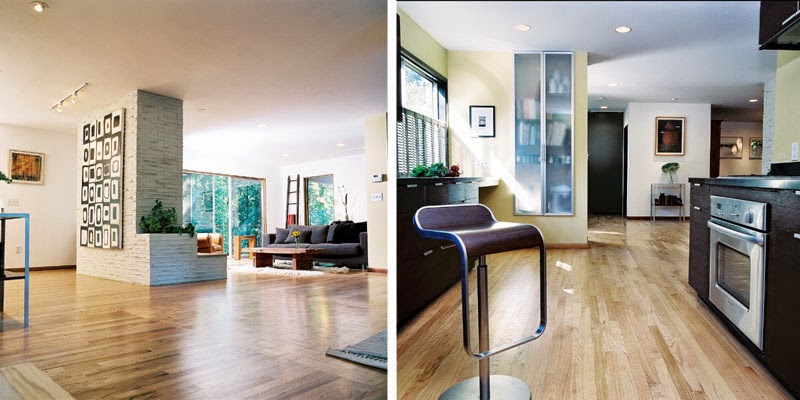 Like the house itself, the architects approached the landscape via front/back contrasts: the public face is designed with plants in a "dry creek bed", whereas the private side is full of lush, native plants that blend into the surroundings. Sitting within its green environment, the addition seems to grow from its existing base, a stronger and more natural fit that what may have been accomplished via demolition. 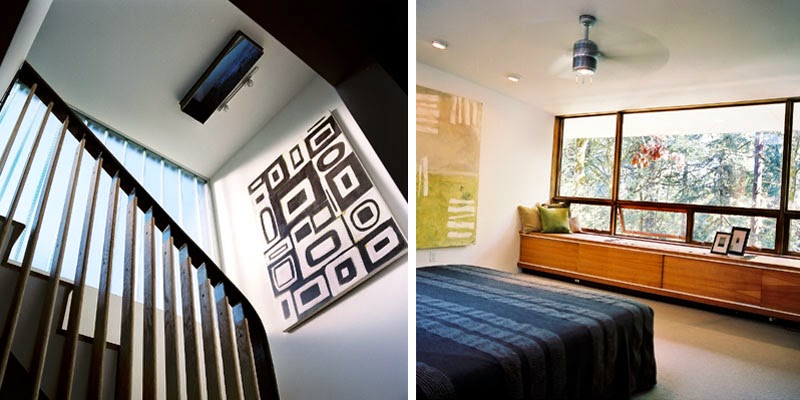 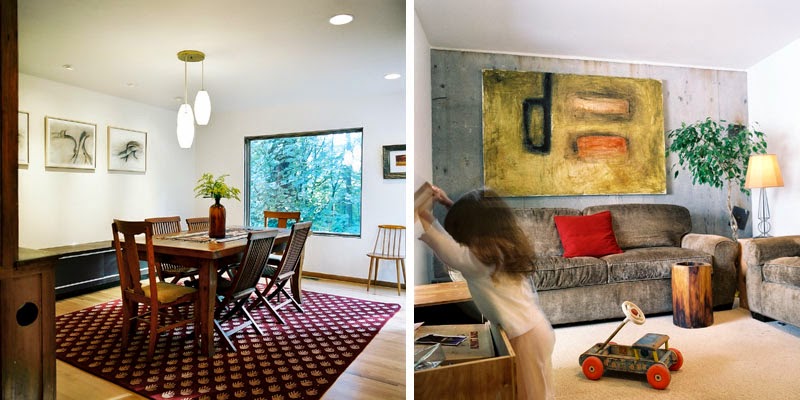