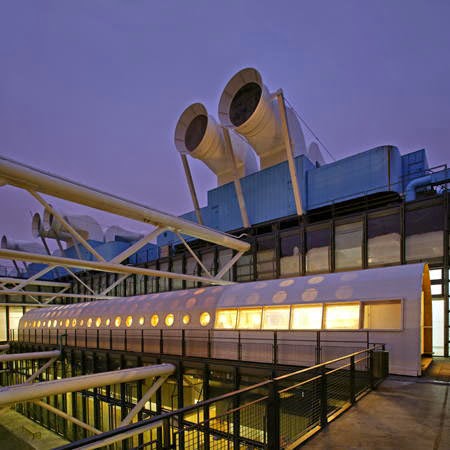 In January 2003, Japanese architect Shigeru Ban won the architectural design competition to build the Centre Pompidou - Metz, about 3.5 hours east of Paris in Metz's theatre district. The winning design is somewhat of a departure for the architect known for paper-tube structures and single-family residences: a large, undulating glass roof is pierced by cantilevered tubes while also covering outdoor spaces. Set to commemorate the 30th anniversary of the original Pompidou - the controversial structure designed by Renzo Piano and Richard Rogers in Paris - the new building is set to open in 2007. 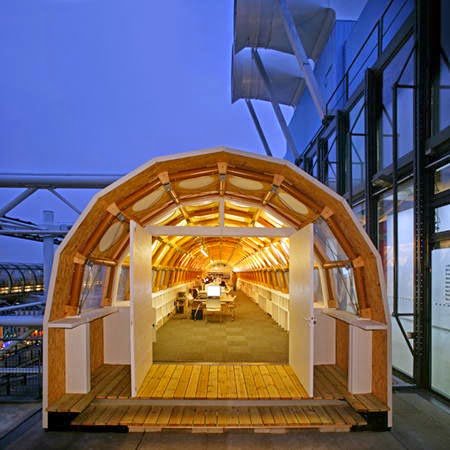 To achieve the completion date of 2007, Ban designed a temporary structure (built in a student workshop in summer 2004) that will house architects from his office and the local architect Jean De Gastines. Located on the roof of the Pompidou in Paris, the lightweight structure is "a tubular space of 34.5m in length and 4.4m in width. The circular vault space is entirely covered in its length by a waterproof membrane and panel system that is supported on a system of cylindrical ribs. These are made of 29 semi-circular arches, equal in length, and a network of transversal wind-bracing elements. The arches are at 1.2m intervals. The ribs are made of paper tubes, inside 120mm diameter, 760mm external diameter." 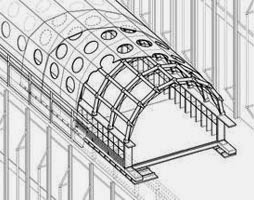 While the Temporary Studio's form may have been derived from structural and efficiency concerns, the tubular space does have a couple precedents - one immediate, one not - that may have informed that architect's design. The former are the escalators of the Pompidou, housed in glass tubes that zig-zag up the western face of the building. These may be a direct influence as they are part of the building that the temporary studio sits upon, perhaps as a way for Ban to integrate old and (temporarily) new. A less-direct - and perhaps far-fetched - influence is Renzo Piano's design for the IBM Travelling Pavilion which was assembled and reassembled various times across Europe in the mid 1980s. Ban's structure and cladding are much simpler than Piano's, but again the form's are similar, as is the use of plastic as a barrier between inside and outside. 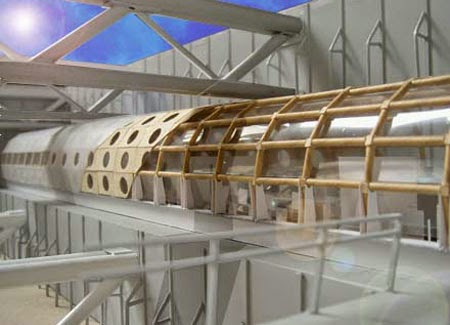 Beyond the structure's form and its influences, the Temporary Studio is interesting in its siting on the roof of its ultimate product's predecessor. As it serves to create something wholly new many kilometers away, it exploits the structural invention of the original Pompidou design, giving a newfound appreciation to a building that has been accepted by some - but definitely not all - of Paris. But unlike other recent interventions, Ban's design doesn't contrast the original, instead paying a subtle homage to it with another simple yet innovative structure. 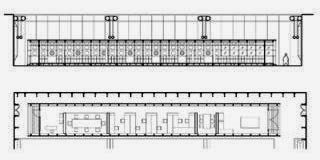 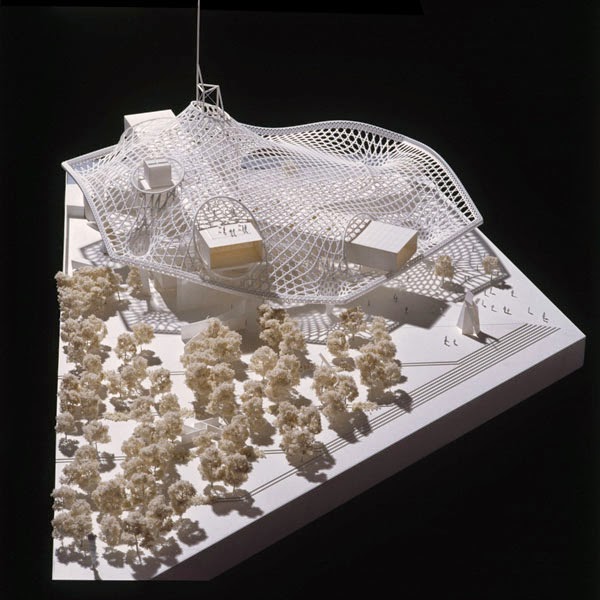 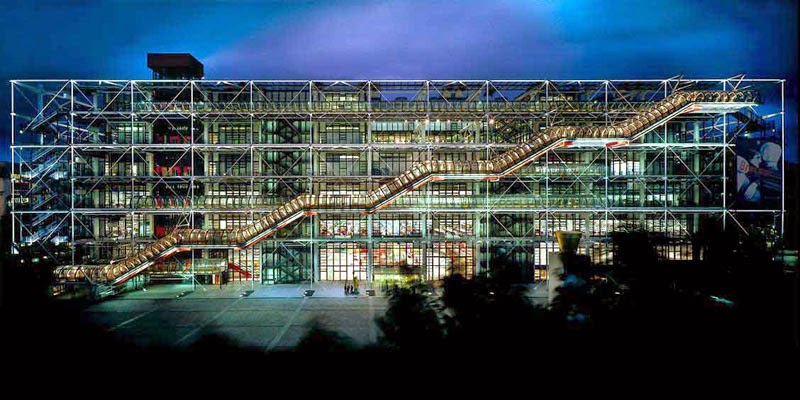