The following text and images are courtesy Cassandra Complex for their Chameleon project, "an inner-city residential warehouse conversion over three levels for a couple." Photographs are by John Gollings. 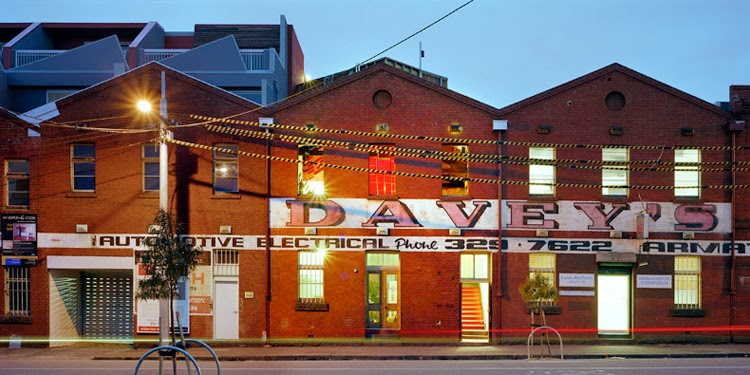 This project was indelibly influenced by its constrained context (physically, an internal space) conceptually (a private home) – it has restricted potential in a public sense. The site is a turn of the century industrial warehouse in a homogenous strip of six. It is located just north of the Queen Victoria Market, in a mixed use area. There is a Lexus Showroom, “a Junk Shop”, many developer driven menageries, and on market days the carparks are bread for the seagulls. There seems to be a lot of rubbish lying around often. Even the warehouse appears as a kind of “discarded object” and is only salvaged and transformed due to current market trends. 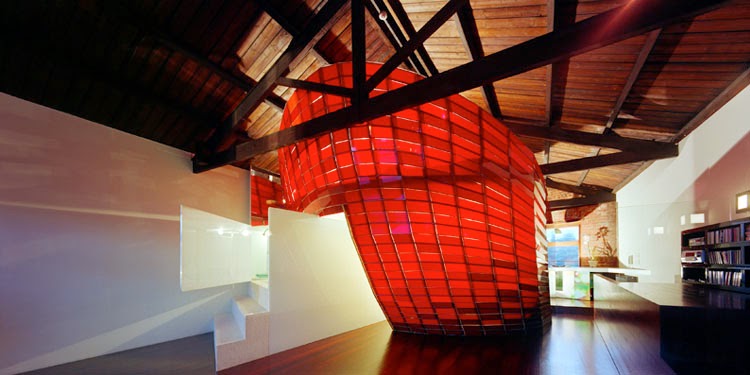 It sits hard up against the street metaphorically interpreting Walter Benjamin’s suggestion of culture being most dynamic when the veil is thinnest. There is no threshold here, no front yard. Thus a secondary internal veil was installed by way of a perforated gold door. It was formerly Davies Auto electrical and originally the “Allens Sweet Factory”. The new door suggests the beginning of a reimagined history embedded within the discarded object. The glowing core too, is visible from the street. 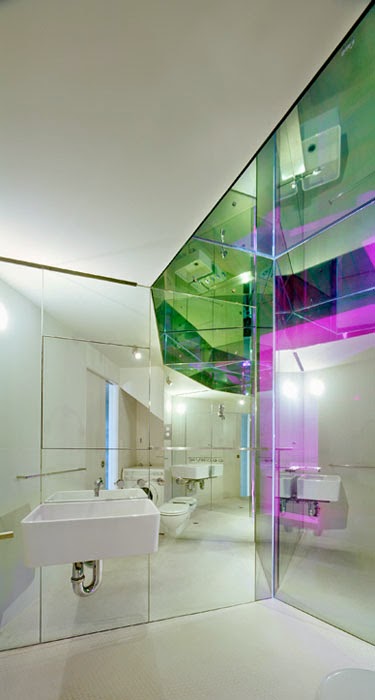 The Brief: To design and construct a space that is deliberate and uncertain. To interpret the client brief and extend private imperatives into a public domain - using architecture as the medium…Ultimately, to represent the client's desired autonomy in a spiralling world, whilst maintaining the physical integrity of the warehouse…Unfold private imperatives into public domain via glimpses, garbles, gratuitous, geshculations. 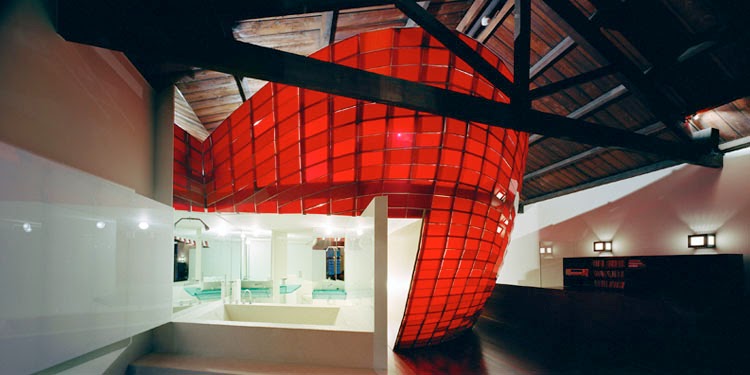 The Outcome: Taking a walk around, the kitchen can be viewed, from the main living space, through a slice of the glowing “ruby”. To your right is a store room, followed by the second bathroom (a combo of reflecting mirrors). To the left the bedroom wing and then finally the kitchen. 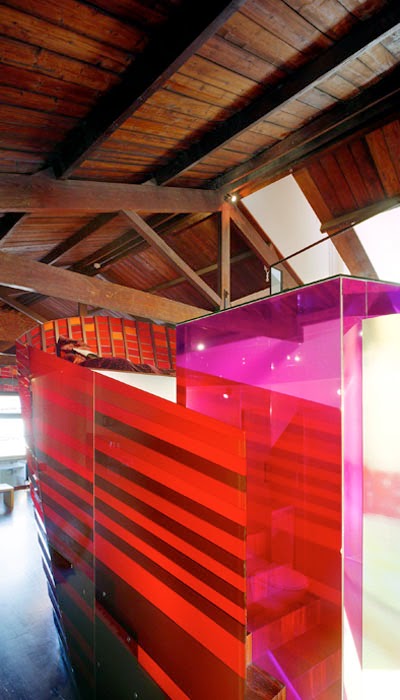 The bedroom occupies the south west corner, which links through to the main bathroom via a walk through dressing space with openings. A large rhomboid bath links the bathroom to the living space dissolving conventional separation whereby the shower screen is a large lightweight gate. The acute angle of the bedroom is negated by a mirrored wall with a window appearing to float in space.

Wander up to the mezzanine level. You are now perched up above the “ruby” within the cosy cinema space and a guest quarter, or you can keep on trekking up to the roof deck. A hammock, a spa, a barbie, and stunning views across the city of Melbourne. 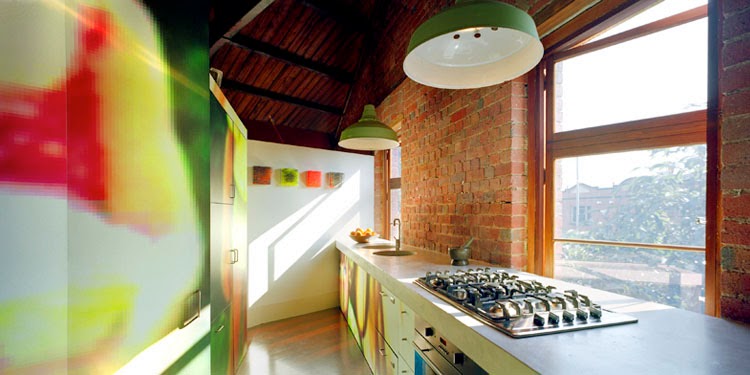 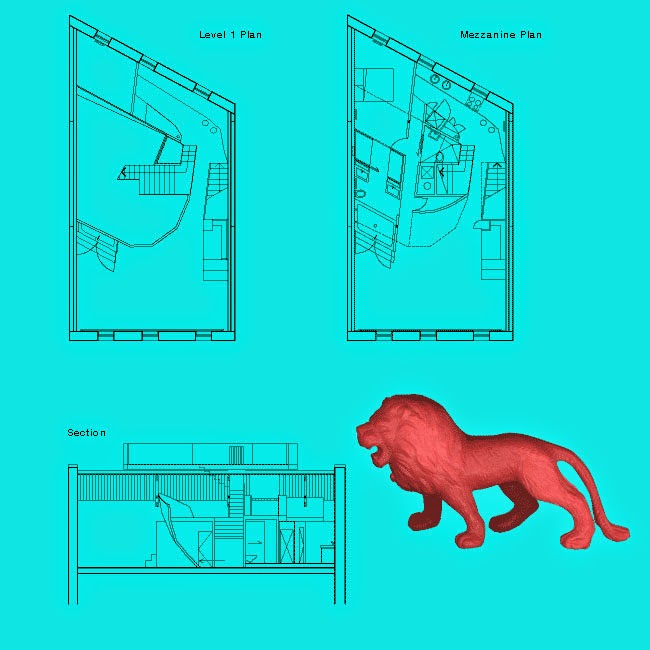