Tonight FOX reran The Simpsons episode with Frank Gehry and I must admit it's still hilarious. I grabbed my camera and took a few screenshots. 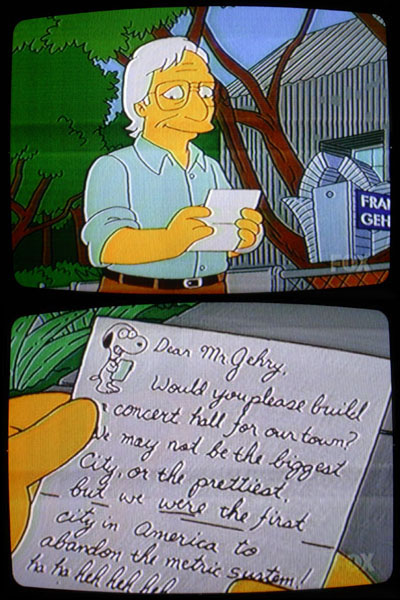 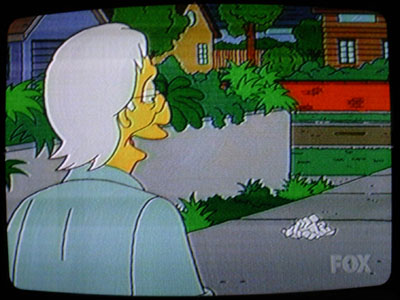 At first he crumples up the letter and throws is on the sidewalk, a sign of rejection, but when he sees the paper's form, Eureka! "Frank Gehry, you've done it again!" 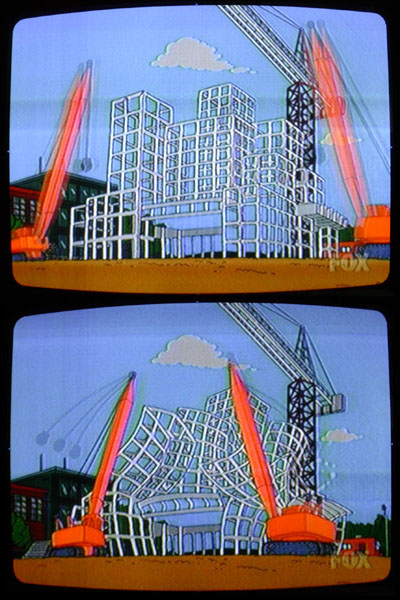 Erecting the steel frame, the building looks conventional, but then the cranes start swinging wrecking balls to whack the structure into shape. 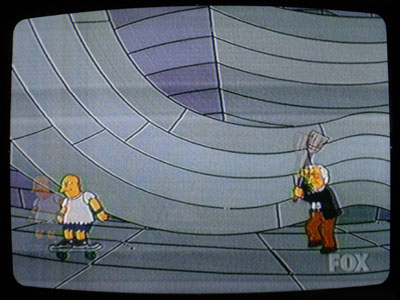 Upon opening, Mr. Gehry must thwack ruffians with his broom so they don't skateboard on his curvy creation. "Hey, Frank Gehry. Design curvilinear forms much?" 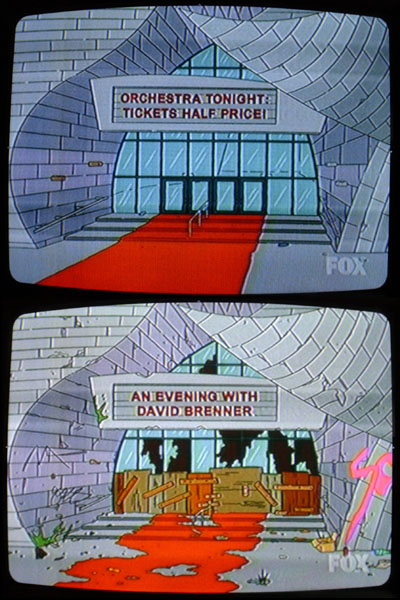 But the Concert Hall isn't a success, as witnessed by these marquees. This must be about the fifth time the Simpsons has ripped on David Brenner. 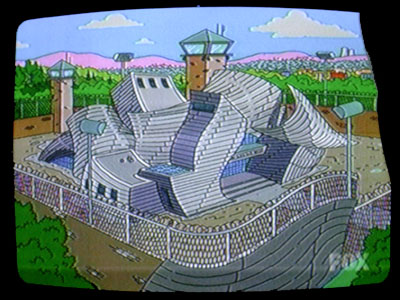 Mr. Burns buys the Concert Hall and turns it into its final incarnation, a prison. A commentary on contemporary architecture, perhaps?
Email Post