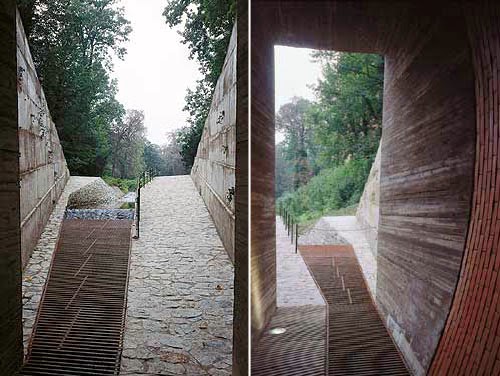 The Prague Castle is the Czech Republic city's most popular tourist attraction, supposedly the largest ancient castle in the world with a history stretching back almost 1,200 years. Former Czech President Vaclav Havel envisioned a plan that would allow pedestrians to better use the castle and its surroundings, of particular concern here being the Deer Moat, a dry bed interrupted by a natural stream. While visitors to the castle typically traversed the moat via Powder Bridge, Havel's plan incorporated a pedestrian tunnel that would enable people to use the Deer Moat. 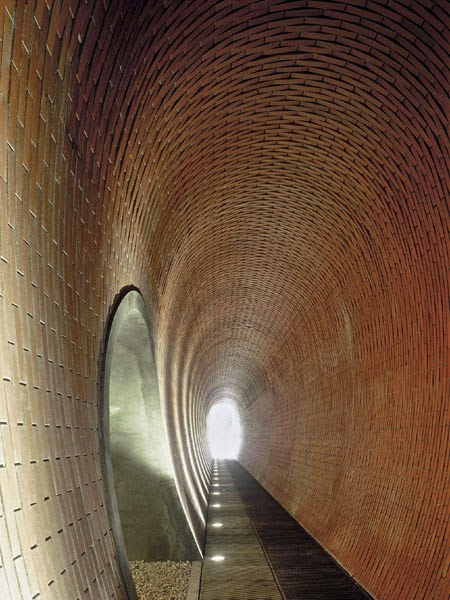 The commission for the tunnel was given to Josef Pleskot's AP Atelier. Their simple design funnels people on their way to the castle towards one of the two rectangular openings of the 84m (275 ft) long tunnel via retaining walls. Once inside, the rectangular opening gives way to an oval section that is stretched rather high, making the extremely long and narrow opening appear more generous in size and less claustrophobic for those passing through. 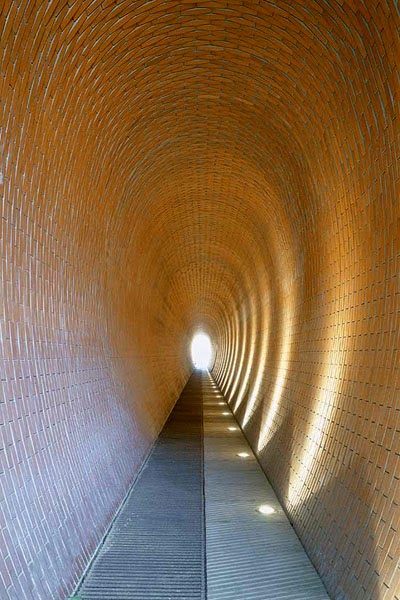 Besides the impressive shape and size of the tunnel, a few other design features give the project its unique and site-specific character: its construction, the presence of the Brusnice stream, and the preservation of an older bridge. The brick, load-bearing construction of the tunnel is a sensible choice, not only for the material's structural properties (good in compression with the forces following the curve of the continuous arch), but the size and scale of the bricks help reduce the overall impression of the space versus, say, a smooth concrete surface. The project has garnered at least one brick award for its creative use of the material. 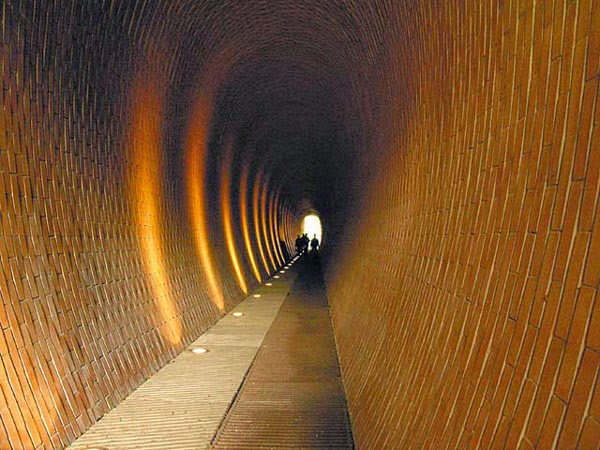 The last two design features (stream and old bridge) are sensed as one moves through the space. Half of the floor (evident in the picture at left) is made up of steel grating, allowing the stream - located at about the halfway point of the tunnel - passing underneath to be seen and heard. Along the length of the tunnel also occurs a niche, housing a preserved portion of a Renaissance-era bridge, since replaced by the Powder Bridge. Rather than move the tunnel or remove the relic to another location, the architects revealed it as a layer of history, much like the Prague Castle itself. 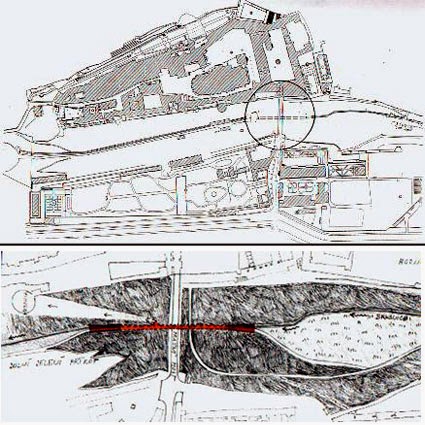 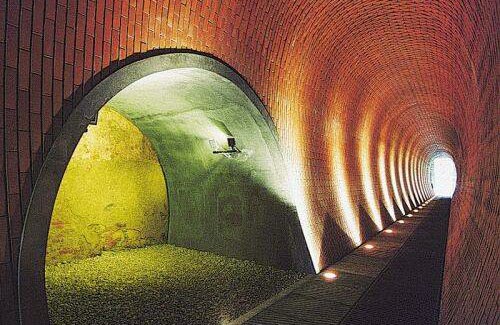 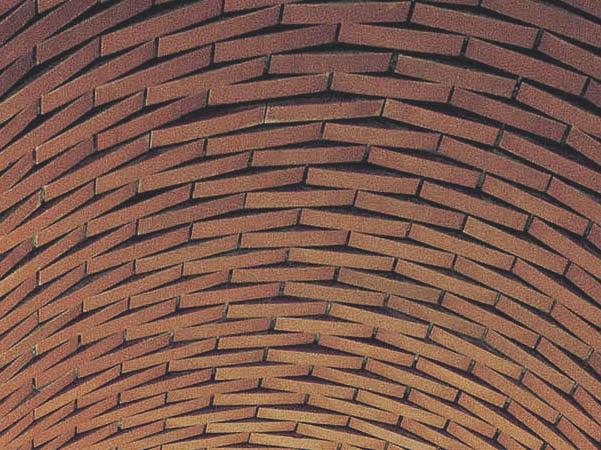