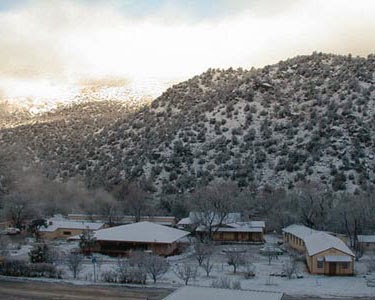 Founded in 1973 by Zen Master Kyozan Joshu Roshi, the Bodhi Manda Zen Center sits in the Jemez Mountains, about 60 miles northwest of Albuquerque, New Mexico. To commemorate the 40th anniversary of the Center's founding, the decision was made to build a Foundation Hall. According to the Center's web page, the Hall "is the place where the monastic world and the lay world meet...[it] is used for Sutra chanting and Teisho (formal Dharma talks)...it provides a place for Buddhist ceremonies, as well as marriages, baptisms, funerals, and memorial services...[it] will serve as a silent hall where participants can meditate and contemplate indoors." 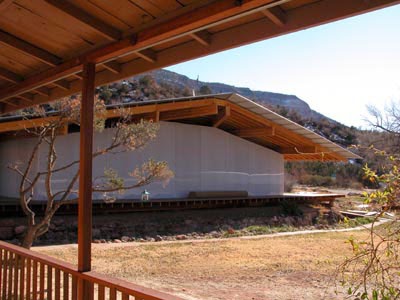 The Center of Gravity Foundation Hall is designed by Predock Frane Architects as a fusion of "ancient traditions of Japanese Zen Buddhist architecture with the context of northern New Mexico's architecture." To balance these seemingly opposite ideas, the architects use the enclosing walls symbolically: one wall is light (polycarbonate on timberstrand) and the other is heavy (rammed earth). The roof projects up to 14' beyond the walls to protect them from the elements and shade the interior from the summer sun.

Beyond the symbolic opposites of the enclosing walls, they also serve environmental functions: the rammed earth walls "act as thermal composites, keeping unwanted summer heat out during the day and re-radiating at night," while the lighter walls slide open to allow cross breezes on warm days. Inside the Hall, the effect is one of an embracing feeling accompanied by the warm glow of the sun, an awareness of the outside world beyond the calm interior. 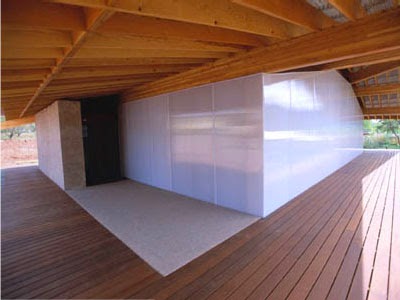 Beyond the Hall interior, with its traditional tatami mats, the design exhibits a balanced mixture of simple and complex in its materiality, structure, and design. From the subtle interplay of different flooring materials and the play of light through the timberslats onto the tatami, to the lively shape of the roof and its structure, the Foundation Hall is a deceptively simple design that is a fitting home for a Buddhist practice in the mountains of New Mexico. 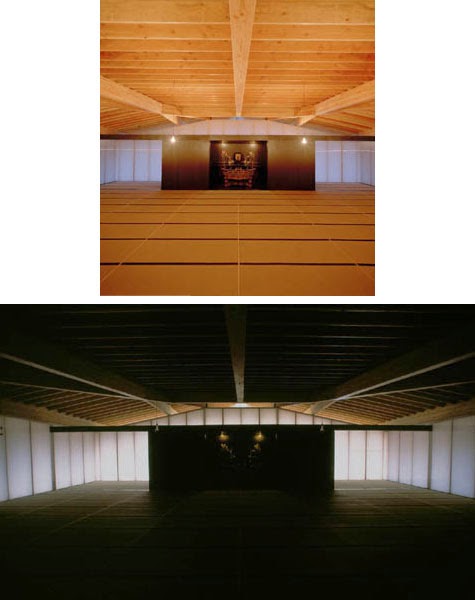 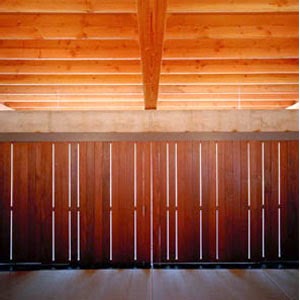 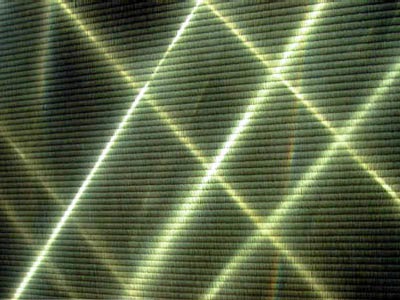 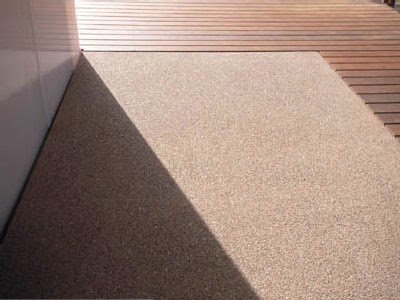 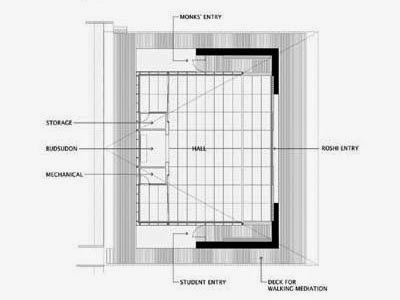