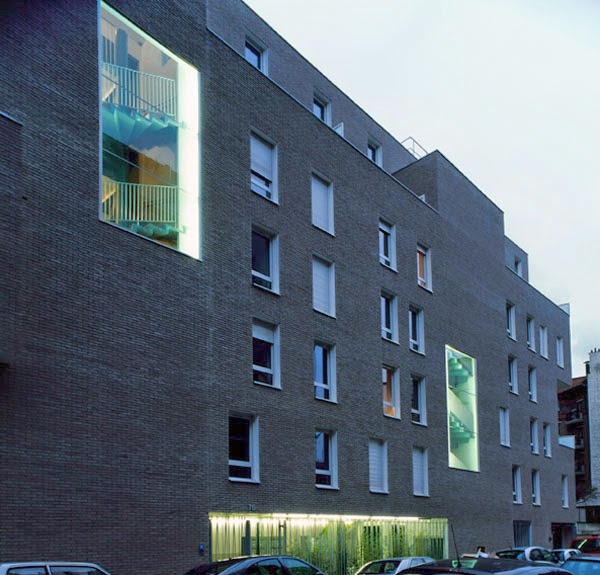 This project consisting of 26 apartments and four townhouses sits in Paris's 13th Arrondissement, a district characterized by its narrow lanes and residential character, though it's also home to the Bibliotheque National de France along the River Seine. Designed by BOB 361 Architects, the residences are blessed with a unique site backing a park. Needless to say, the design takes advantage of its location. 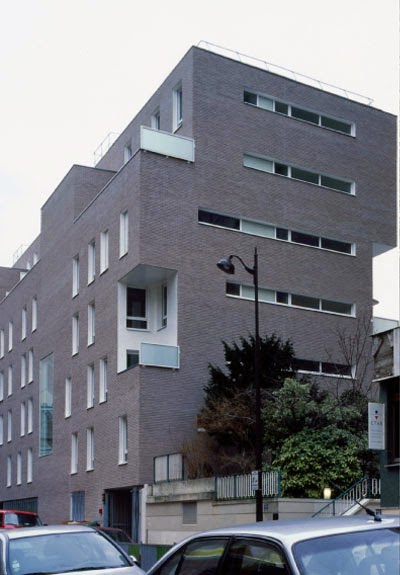 The street frontage is predominantly a gray brick, punctuated by small openings and a few asymmetrically-placed terraces, including large ones for penthouse units. Two large windows reveal the vertical circulation behind, acting as beacons when illuminated at night. A long, glazed lobby opening and a parking garage entry comprise the remaining openings on the street side, a restrained but not uninteresting public face. 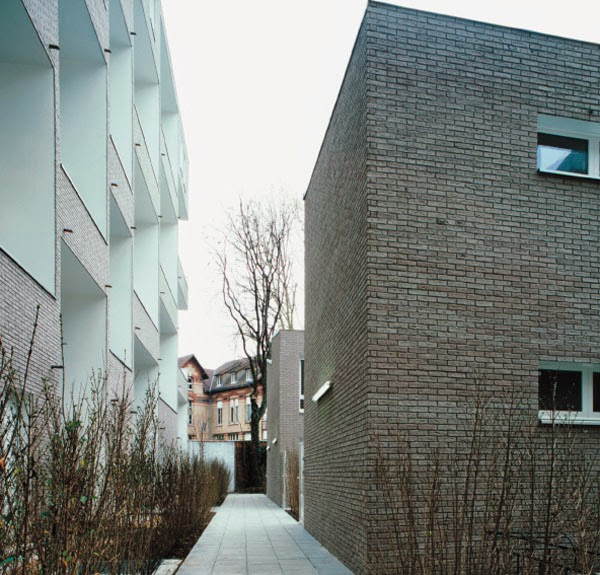 The opposite side of the buildings, the south side, is altogether different, where the apartments open themselves for sunlight. Here's where the townhouses are located, with a walkway separating the two structures. By locating the townhouses along this face, not only do all the residential units receive sunlight, but they also have a visual connection to the adjacent park. An alternative approach may have been the opposite, but while this would reduce the scale along the street, it would also diminish its urban presence and leave the townhouses without sunlight. 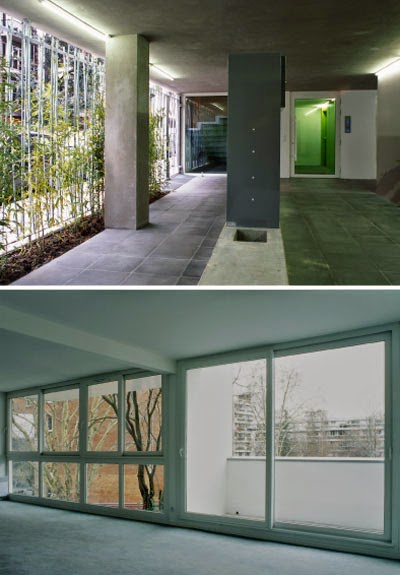 In addition to the aforementioned gray brick, another cohesive element in the design is color, specifically green. Be it the subtle shades in the almost white walls of the south-facing terraces or the iron content of the glass giving a green glow to the north-facing stairwells, green is a theme that runs through the project, be it color or vegetation. Fitting the latter, climbing plants define the exterior wall of the lobby, while a band of green also sits between the two buildings. These sorts of gestures not only tie the composition together but make the daily experience of living at Colonie richer and more unique. 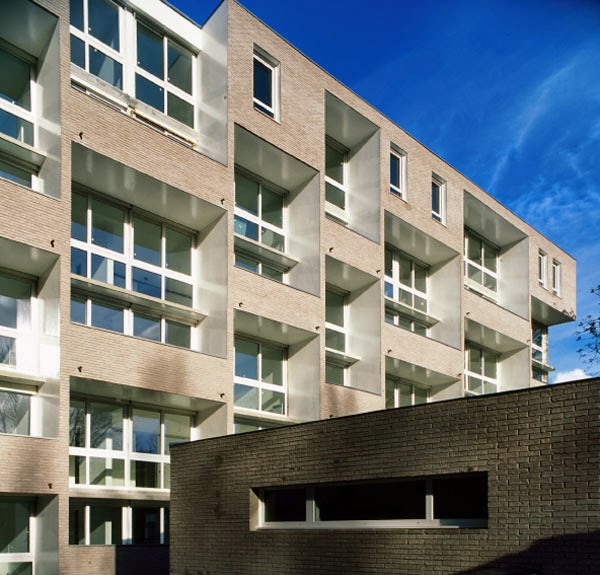 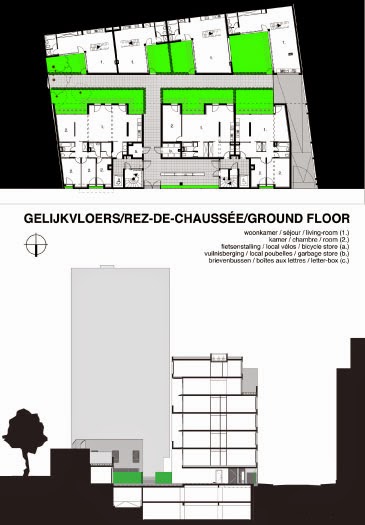