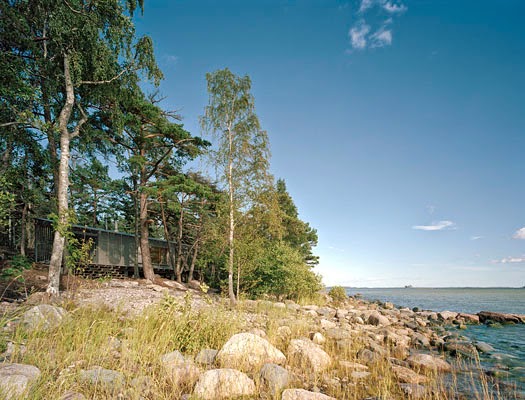 The recently competed Simons Sauna on the island of Mölandet near Sipoo, Finland by Heikkinen Komonen Architects raises a couple interesting points: the appeal of small buildings and the Finnish duo's varied output. Sipoo is located east of the Scandinavian country's capital, Helsinki, as are some of their other projects, including the Vuosaari Gateway. 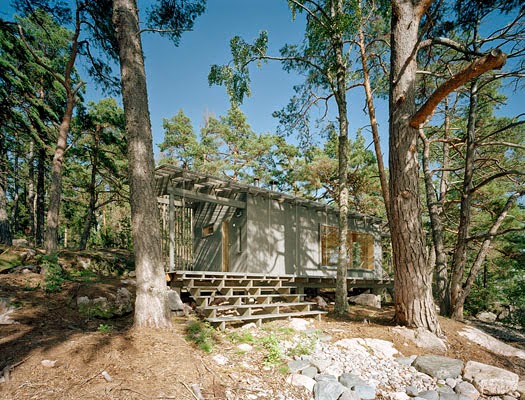 Comparing a small sauna on the shores of the Gulf of Finland to the Vuosaari Gateway, "132 light torches mounted on posts on both sides of the Vuosaari Road" illustrates the duo's wide-ranging work. Early projects included government and cultural buildings and interiors, but since their inception in the early 1990's, they've also worked extensively in the eastern African country of Guinea. While the differences between Guinea and Finland may seem great (climatically, culturally, etc.), Heikkinen & Komonen manage to infuse their designs in both locales with a blend of contemporary forms and vernacular construction methods. This approach gives their buildings a freshness without appearing out of place. It's refreshing to see that early clients like McDonald's did not deter them from more humanitarian efforts. 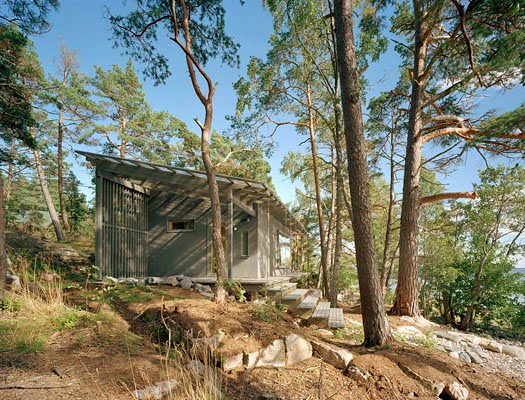 The Simons Sauna comes at a time when their output is primarily local. Besides the Max Planck Institute in Dresden, Germany, three large-scale governmental and educational buildings comprise their latest work. While the Simons Sauna may seem out of place alongside these projects, it is not out of place for the duo. The small, one-story raised structure is a simple box of wood, glass and plastic. The grey wood that comprises the majority of the exterior makes the sauna melt into its surroundings. A small outdoor room, reached by steps and definted by a slatted wall, leads the the interior. This space, and the rest of the sauna, is capped by transparent, corrugated plastic panels. A coupel small windows are present on the entry wall, but the large picture window with butt-glazing overlooking the coast is definitely the project's apex. 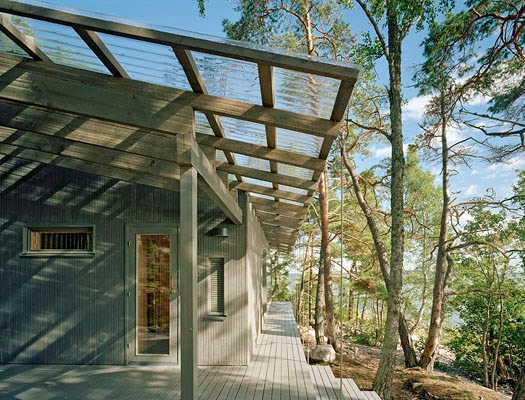 What is the appeal of small buildings? The small projects featured on this web page have been some of the most popular, including the Zachary Residence, the Emerson Sauna, and a Garden Pavilion in Portland. One definite appeal is clarity; conceptual, tectonic, and spatial. Small structures enable the architect to eliminate the superfluous pieces that might exist in larger commissions. But mainly the appeal is scale, as these, and other projects, relate to the human body -- ourselves -- better than any McMansion or skyscraper ever could. Small buildings should be a lesson, not only in how we design, but what we design and why. 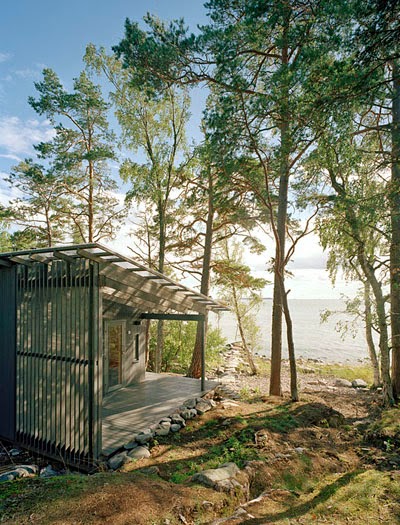 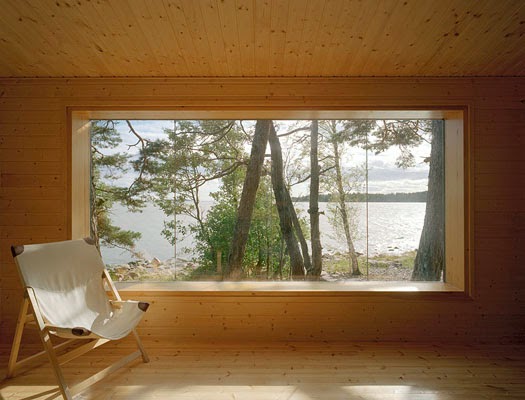